PROCESSIONS was a mass participation artwork to mark the centenary of the Representation of the People Act, which gave the first British women the right to vote. Kinetika was invited to be one of one hundred organisations leading the banner making.

Our designs focused on text and textiles, echoing the practices of the women’s suffrage campaign and were spaces to consider the power of the vote today and our shared future. The silk designs represent and celebrate the diverse voices of women and girls from different backgrounds.

“The 100th anniversary of the passing of legislation which made universal suffrage unstoppable is a moment both for celebration and reflection. Individuals and groups up and down the country, including Kinetika, were at the heart of this UK-wide artwork. What they made and brought to the procession  formed part of a unique living portrait of women today.”

PROCESSIONS was produced by Artichoke, the UK’s largest producer of art in the public realm, as part of 14-18 NOW, the UK’s official arts programme for the First World War centenary.  With support from the National Lottery through Arts Council England and the Heritage Lottery Fund, and from the Department for Digital, Culture, Media and Sport.

Ali Pretty led the artist team representing the local area, and together they continued Kinetika’s track record of telling stories on silk, which explored ‘women of the estuary’.  Five beautiful banners were created, one for each of the areas, and they came together with hundreds of others at the final event in London.

The Kinetika banner artists were:

Ask us about creating silk banners for your own project.

Buy silk to make your own batik banners. 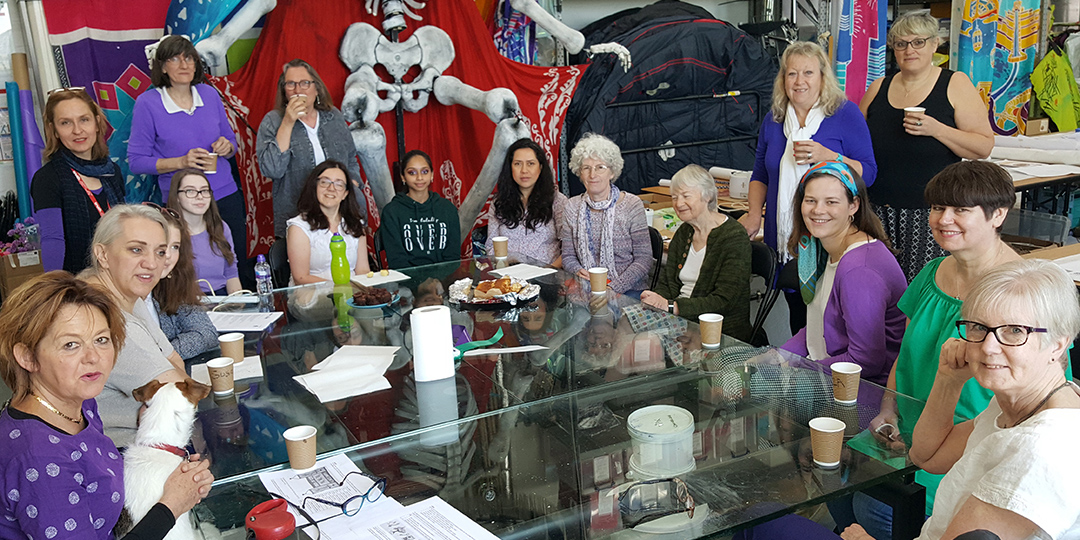 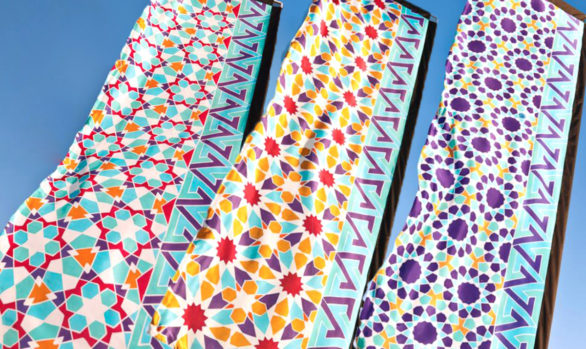 Art in the Park Festival Flags 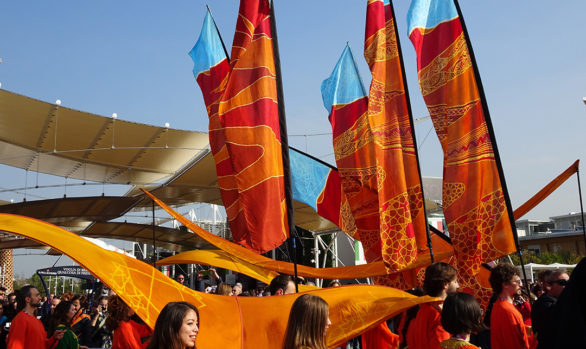 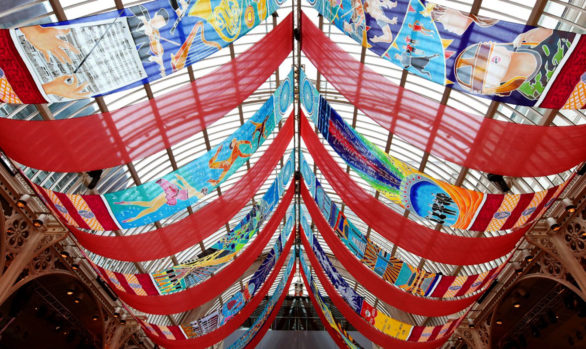