A 500 Mile Creative Walk along the Suffolk and Essex Coast 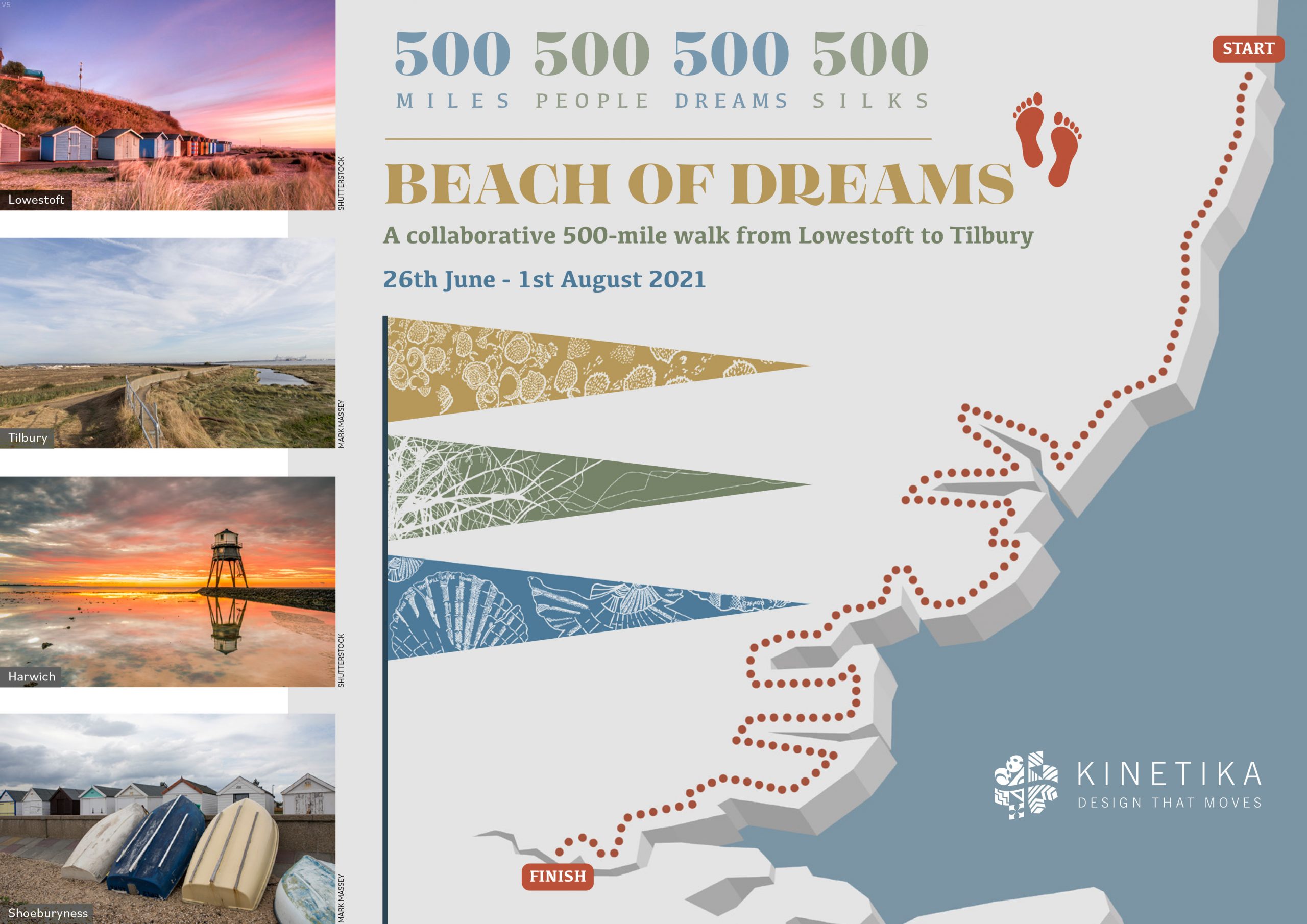 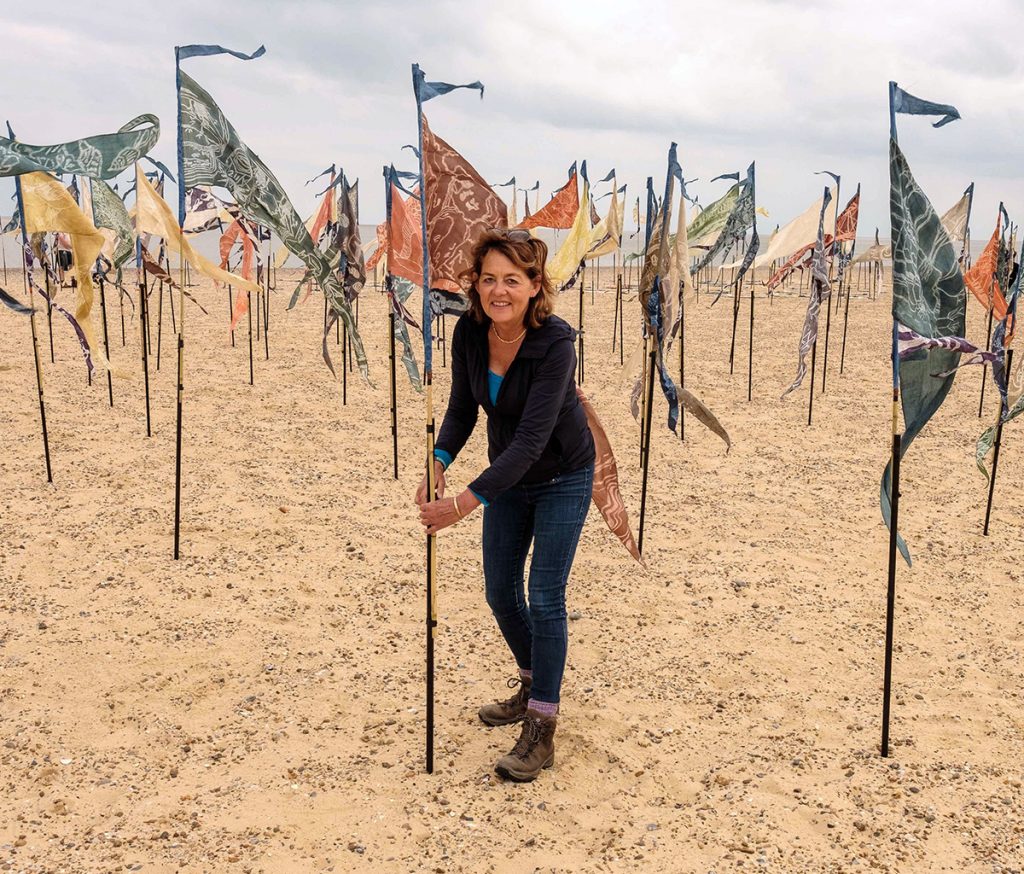 Welcome to Beach of Dreams

Beach of Dreams was an epic journey to walk 500 miles over 35 days along the east coast of England.

Our ambition – that this conversation is adopted across the country and further afield; we welcome enquiries to expand this walking, talking and making project to new areas.

The Artistic Director of Kinetika, Ali Pretty, walked the full 500 miles with Guardian travel writer Kevin Rushby and radio producer John Offord. They were joined by local people, environmentalists and artists along the coast of Suffolk, Essex, and the Thames Estuary.

You can read Kevin’s daily blog and online Guardian articles alongside films, audiograms and photos from the journey on the Beach of Dreams Story Map

The orange dots on the map represent each mile of the route. Click the dots on the map to explore photos and text from hundreds of participants which were used as inspiration for the design of 500 silk pennants. 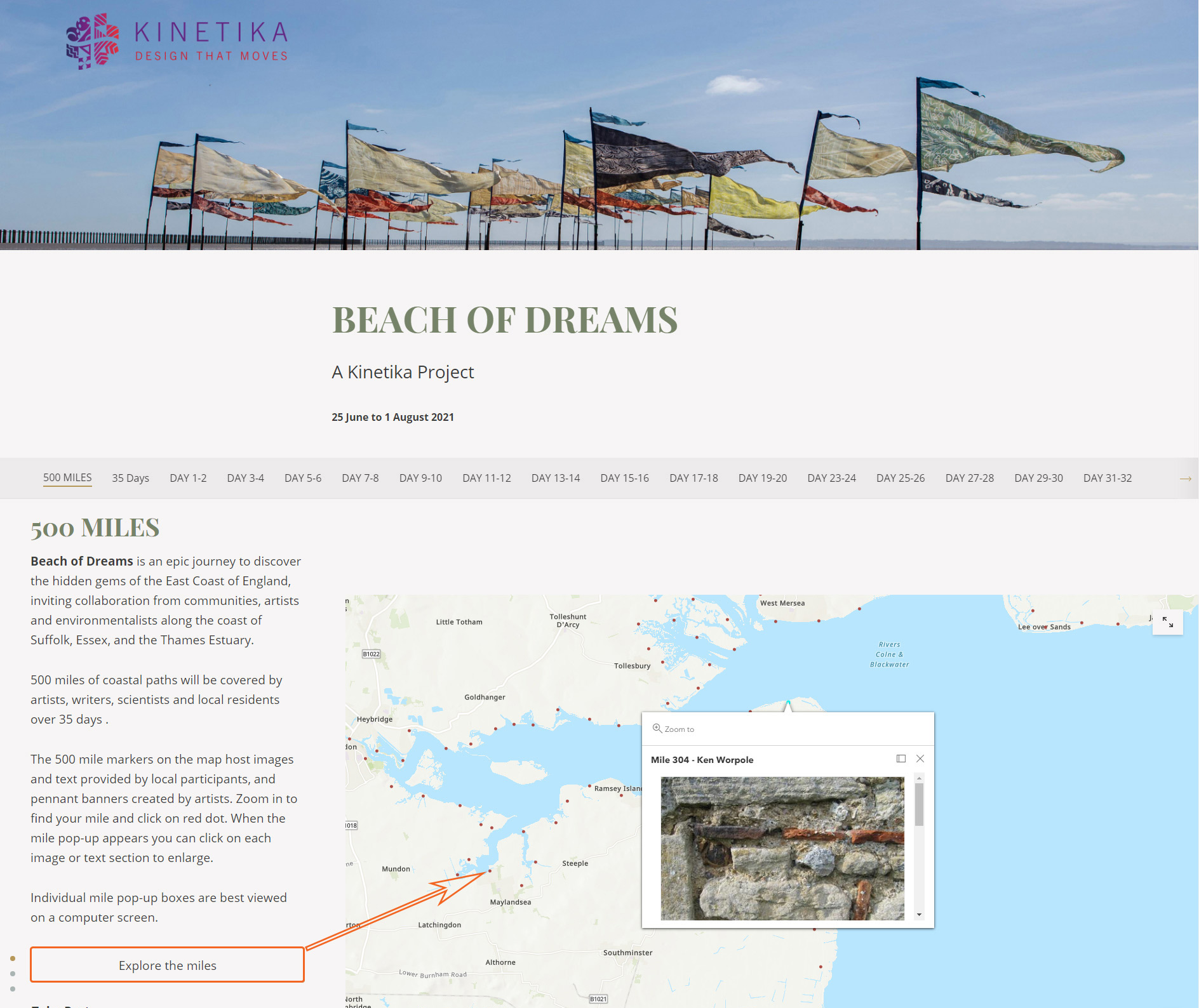 Hire the Beach of Dreams flags

Beach of Dreams created 500 naturally-dyed silk pennants which are now available for hire. 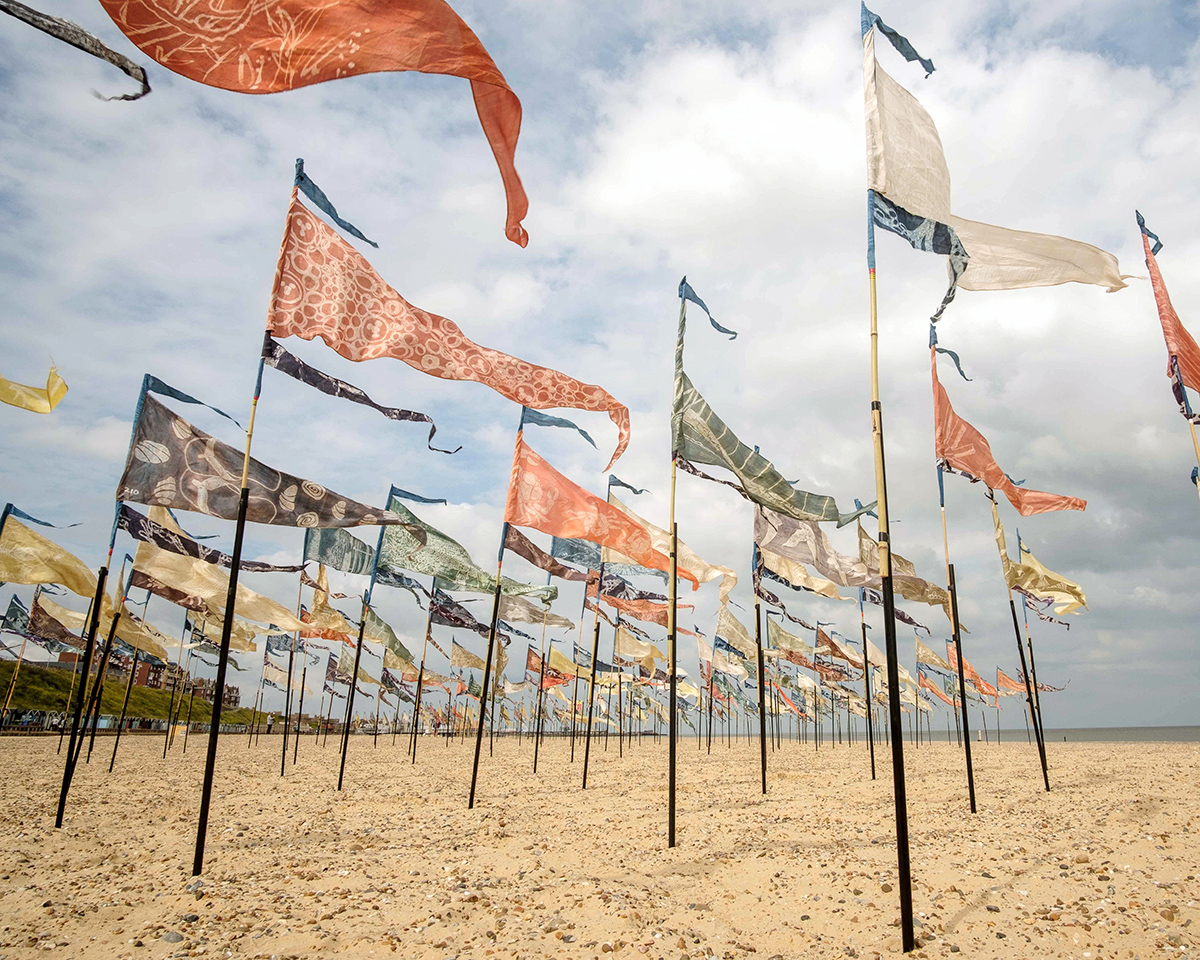 Contact Us
Slideshow images are from Lowestoft beach on the first walk day by Mike Johnston.  More photos can be found on the daily blog pages.

Why ‘Beach of Dreams’?

Beach of Dreams builds on the success of Kinetika’s Silk River which worked with ten communities along the Thames and linked them and their artistic response through a continuous ten-day 142mile journey on foot. Kevin Rushby joined us and wrote a daily blog. On the day that we walked from Tilbury to East Tilbury, he encountered the glittering foreshore on the Thames Estuary and named it The Beach of Broken Dreams.

“Three years ago, near Tilbury, I experienced something profound. In the bleakest setting, on a grey flat day, with a muddy tide sucking on a scraggy shoreline, I came across a beach filled with marvels and treasure. It was the place where London had dumped its Blitz debris on top of a Victorian tip which was itself on top

of a Georgian dump, and so on back to the Romans. I was totally unprepared for. No one had warned me. I’d strayed from the path and was watching my feet when I began to zigzag between the strange objects that were sticking out from the shingle and sand.

Gently extracting a complete 19th century glass bottle from under a broken WWII wireless set and a vicious thistle, I reflected that you just never know where joy and salvation are coming from. Beauty and hope can crop up in the unlikeliest of places.

Now in this time of restriction and stasis, at a time when the countryside has offered itself up for rediscovery, I feel like I want to walk, and walk far, finding more beaches like that one near Tilbury. It feels like an opportunity that needs to be grasped.

The beach is always the place where human life is exposed, with all its frailties, ambitions and dreams. Voyages begin and end here. Clothes are removed to expose the hard-won six-pack, or the beer belly. Novels are started and finally finished.

Children and dogs have fun, but sometimes, tragically, drown. On beaches we find sublime panoramas, but also all the rubbish that we had thrown away and hoped never to see again. With a brutal disregard for human sensitivities, the sands bear witness to our mistakes:  the dead dolphin in a broken fishing net, the empty container with the skull and crossbones sticker, and the stricken seabirds marinaded in crude oil – all things I have encountered on the British coast.

And somewhere high up in the dunes among the rare orchids and butterflies, there is often a wavy line of dried seaweed, like a hastily scribbled message from the sea, warning us of even higher tides to come.”

“This is a time of emergencies and crises and humans always think more clearly when walking.

It is when walking that lost treasures are spotted, and their value and meaning understood. Walking brings contact with people and time to talk.

The range and scope of people that will be drawn into Beach of Dreams is immense: scientists and artists, old and young, expert and amateur, all manner of people will make contact, fostering new ideas, opinions and partnerships.

In this context, and in these times, Beach of Dreams feels like the right thing to do. It is a walk that will bring vitality and colour to thousands of people, forging new connections and relationships that will develop hope and inspiration when most needed.”