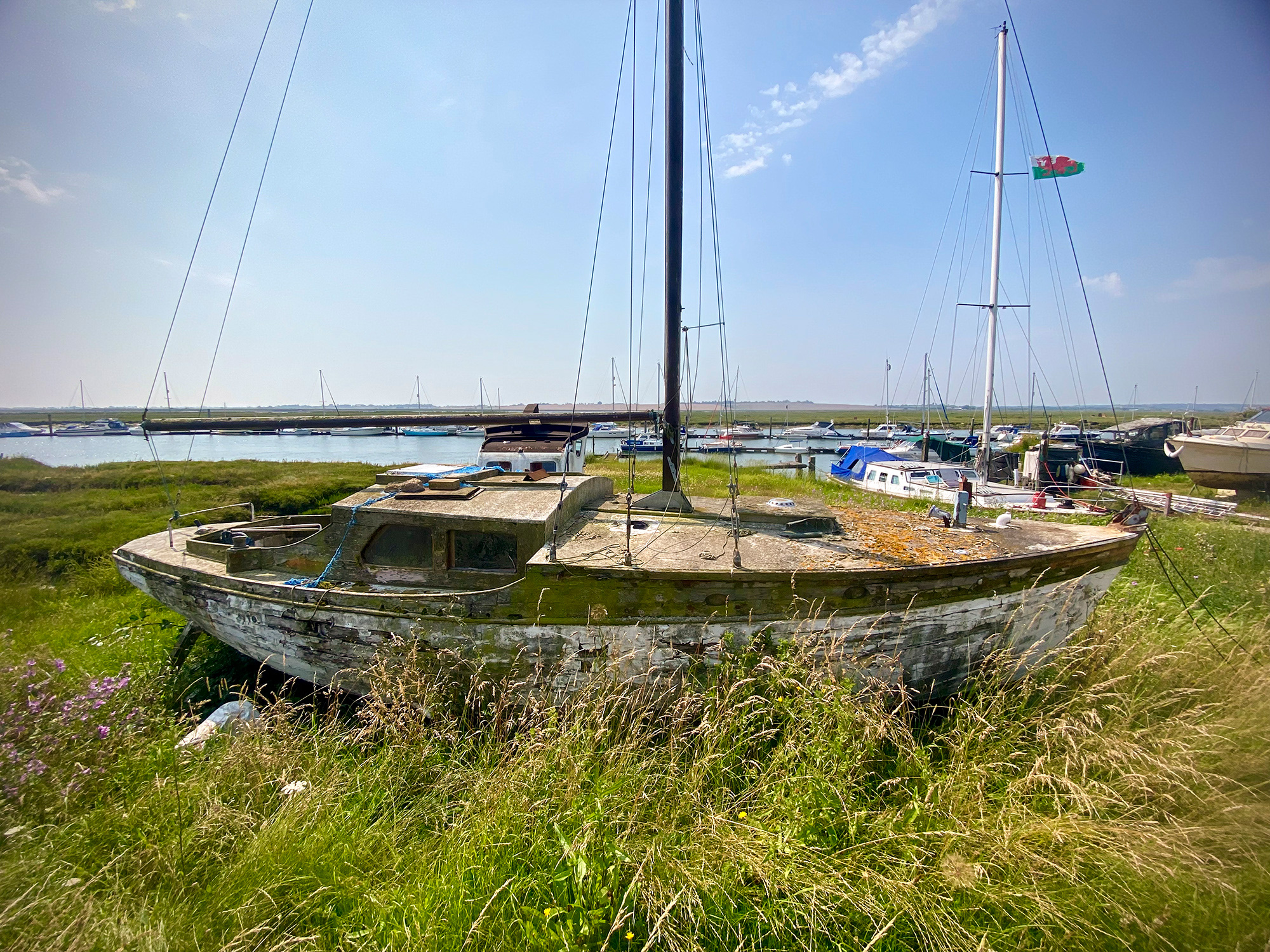 Today I had a delivery of new socks. This is not something I would normally get excited about, but that’s what life has become. Slasher and Slicer, my big toes, have been defeated with sandpaper and clippers. I had wondered about calling in the local farrier to help, but in the end it wasn’t necessary. The fresh clean socks slide onto my feet without snags. Slasher and Slicer are bemused: where are the holes for us to poke through?

Then there is the added advantage of staying for a couple of nights in The Thatched Cottages on the outskirts of Burnham-on-Crouch, an idyllic place run by Fiona and Philip Clegg with great friendliness and efficiency. I am a man reborn as I stride to the starting point on Burnham waterfront.

These Essex seaside towns are a revelation: lots of interesting houses with curious windows and plenty of interesting boats out front with fascinating back stories. Like the steamer with the yellow funnel that a welder is working on; apparently it was once part of the Radio Caroline pirate radio operation that I listened to as a boy, under the bedcovers at night on a little transistor radio with an earphone. Further along the waterfront we come to a boatyard where more interesting vessels are being restored. Shipwright Edward Norris shows me around. At this time of year he is normally driving the starter’s boat at Henley regatta, but the pandemic has changed the programme and brought him here to oversee the restoration of the Prunella, a 1938 motor launch on which early sonar experiments were conducted. “She’s built of Burmese teak,” Edward tells me, “With the original engine and generator.”

Craftsmanship and tradition are valued here. Fiona at Thatched Cottages is helping raise money for the restoration of Vanguard, a WWII Dunkirk veteran of the small ships flotilla that somehow managed to jump the gun on the evacuation, arriving 24 hours early and saving 600 soldiers before sailing back into a storm of bureaucracy and paperwork for not following orders.

A few miles into the walk and we face a novel challenge, something none of us have seen for quite some time: an upward slope. From the top of what must be a 50-foot peak, we can see a line of low hills that are covered in vineyards. Essex is the new frontier of wine-making, led by pioneering Bill and Sheila Greenwood at New Hall, which we can see. They produced their first vintage in 1971 (18 bottles corked in the kitchen) and today manage 250,000 bottles per year with other vineyards springing up all around. In years to come the very word ‘Essex’ may have the same cachet as ‘Champagne’ or ‘Burgundy’.

After lunch in North Fambridge we loop inland, keeping an eye on some massive thunderheads of clouds that are sending bolts of fire down approximately where we are heading. John is striding ahead as if he wants to get to the end quickly. Having survived Ipswich A&E, tick bite and blister hell, then a plague of rats outside his tent on the Dengie peninsula, he is keen to avoid a lightning strike. I’m not so sure: I once met a man who had been an average pianist before being struck by a lightning bolt. Thereafter he became a concert hall phenomenon. John says he doesn’t play any instruments. The storm throws a few squalls at us, then lights up the yachts back down the creek at Fambridge like a string of pearls under a smudge of rainbow.

We reach the finish in South Woodham Ferrers intact, or almost. When I remove my shoes I find Slasher grinning triumphantly up at me from a fresh hole. The war, it seems, is not yet over. 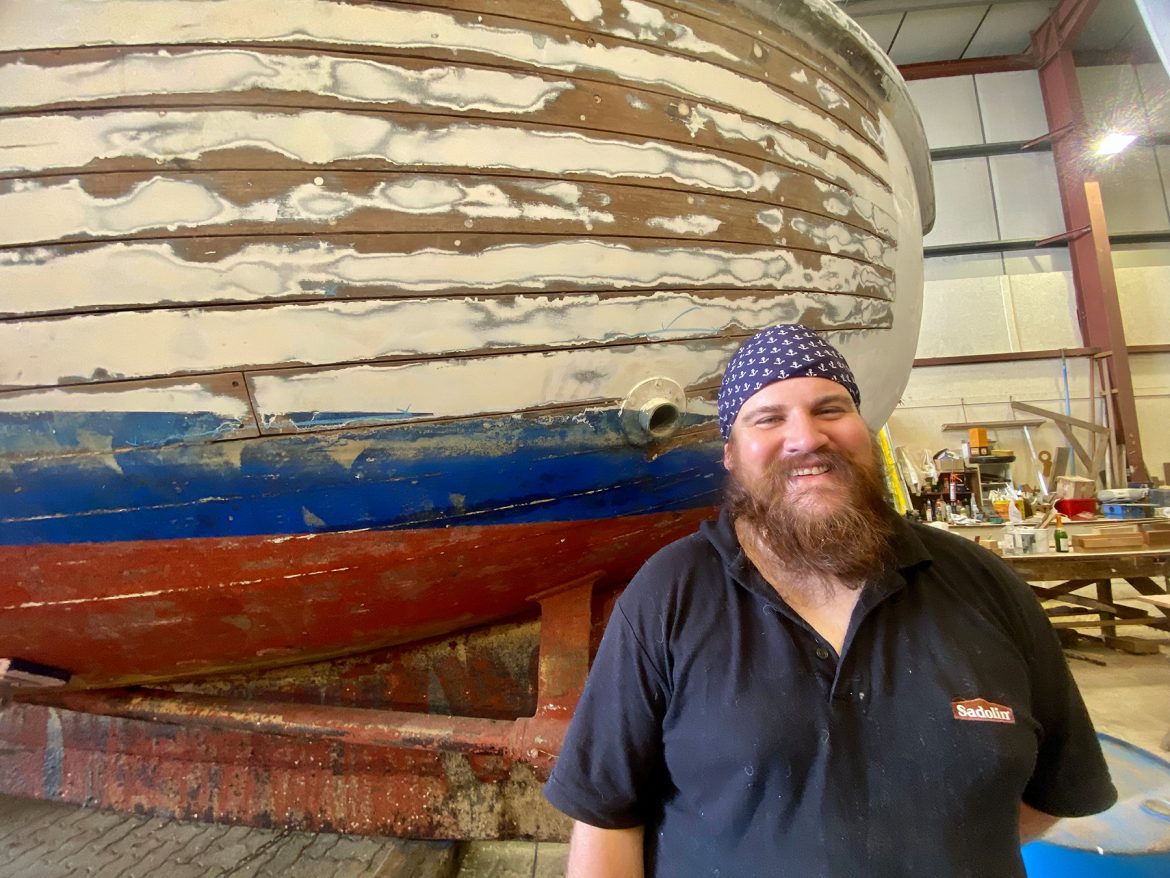 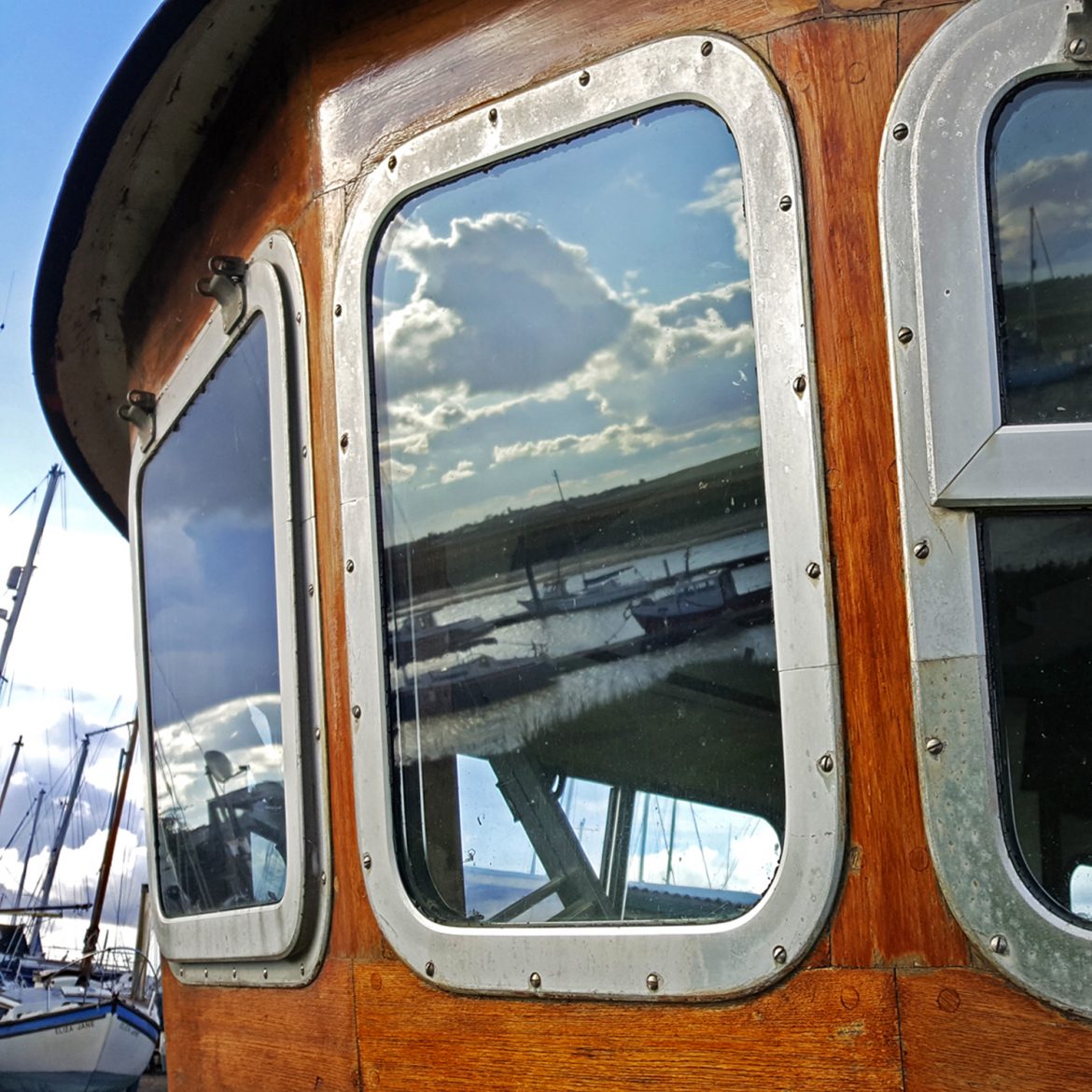 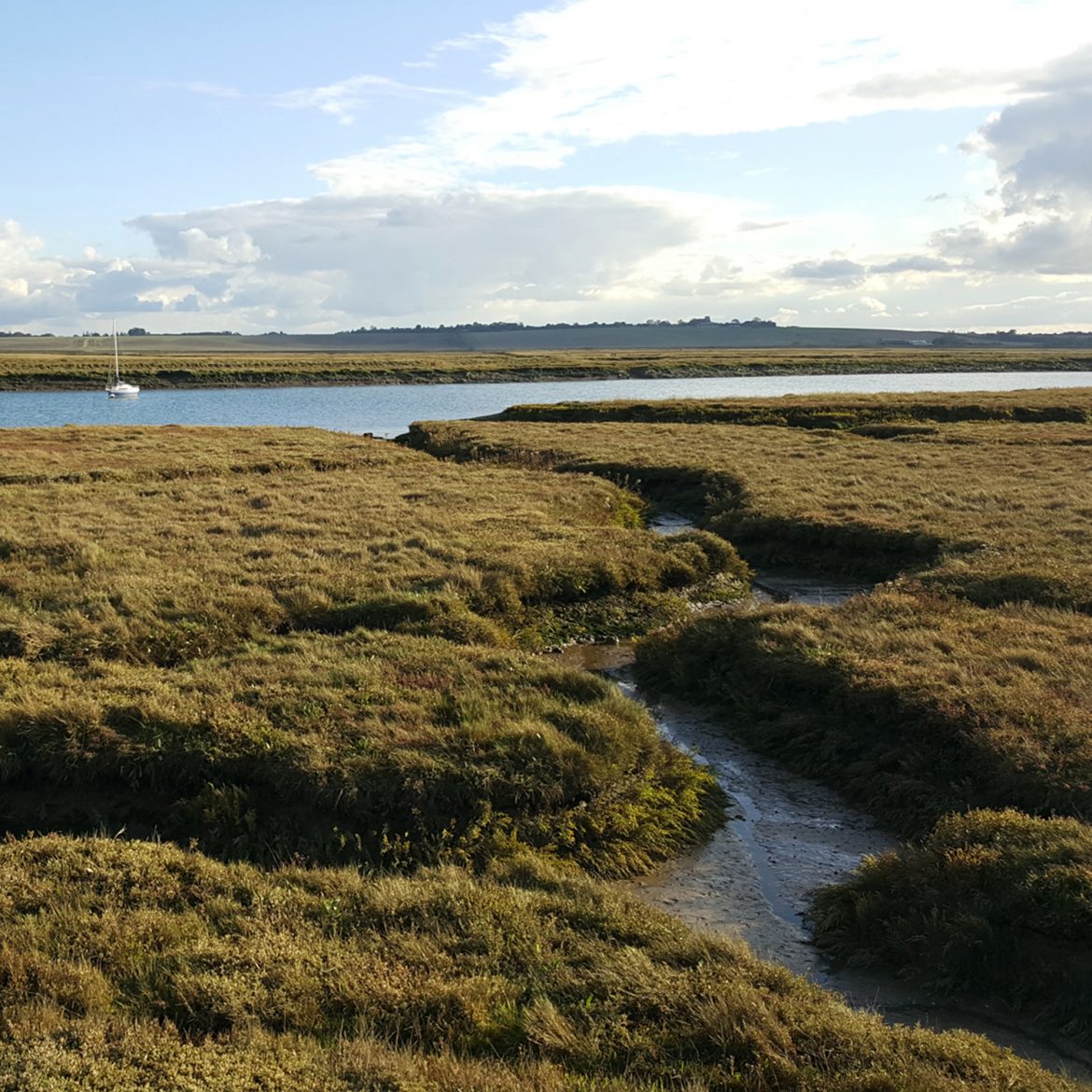 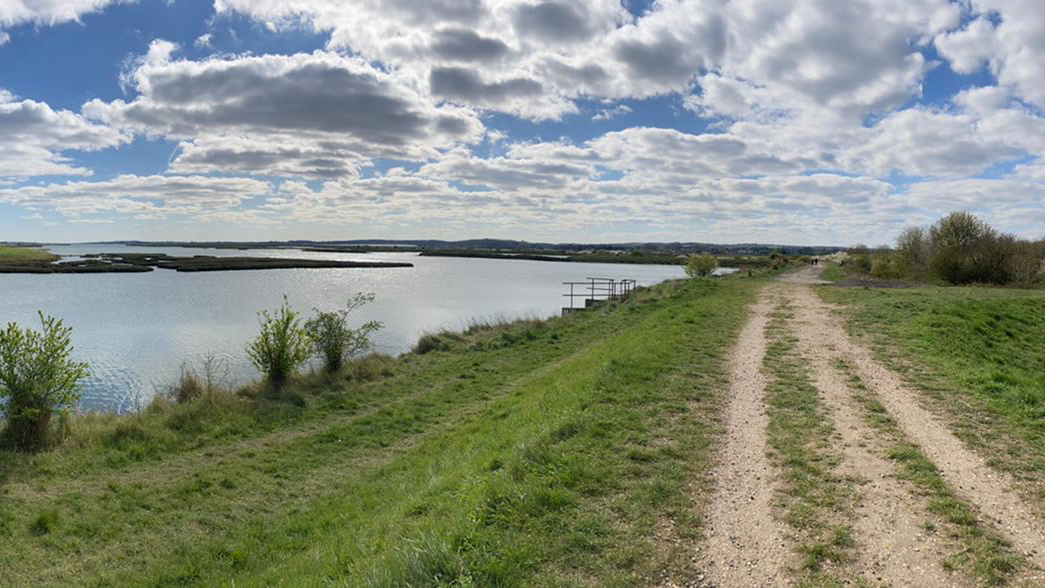 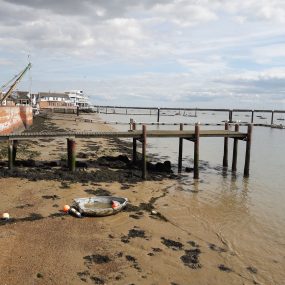 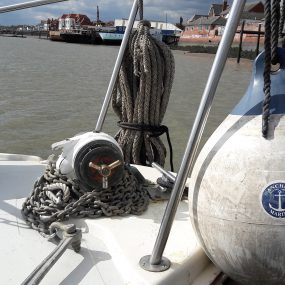 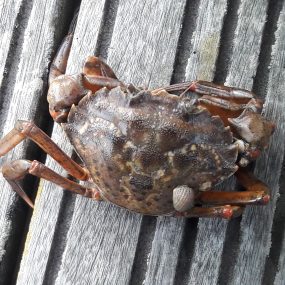 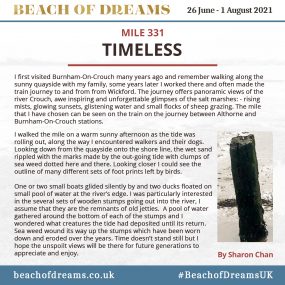 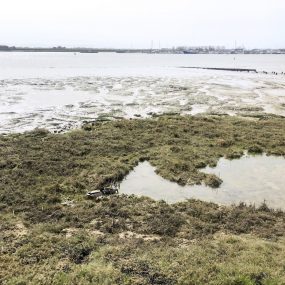 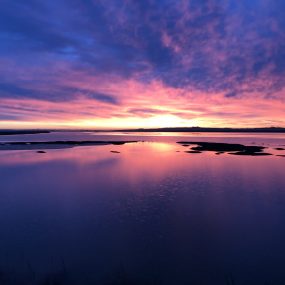 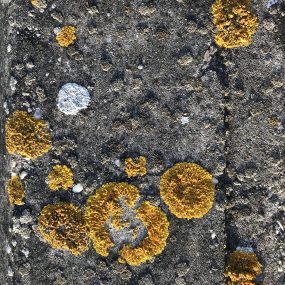 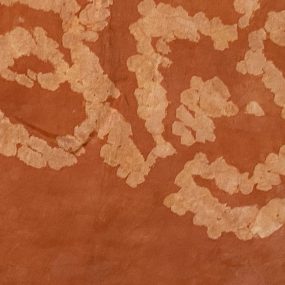 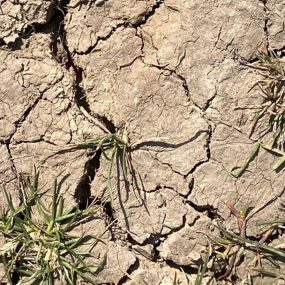 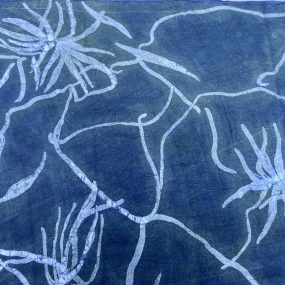 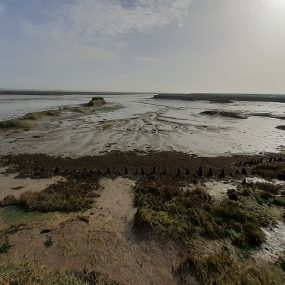 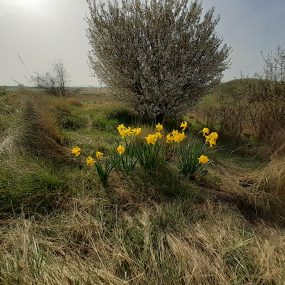