My legs are zinging like I’ve just had some kind of extreme depilation. In my hand is a stick which I am slashing at nettles that then sway back at me. Brambles as thick as ship’s cables catch my shins. I picked the wrong day to wear shorts. A freakishly tall nettle slaps me in the face: a traditional Essex botox treatment. On our left is a reed-fringed waterway, the Mardyke, once a river that brought boats in from the Thames up into this part of Essex, but now it is no more than a drainage channel.

Eventually we get on to a better footpath and Steve explains how he volunteered ten years ago to help restore this hapless lost river. “It was in a pretty bad shape. We cleared a lot and planted reeds and other plants.” We pass under the flyovers that carry the M25 and A13, their concrete legs covered in graffiti. In the hedges are wild plums, crab apples and even walnuts. Horses are grazing in the water meadows. “We had trouble with people taking out fences with chain saws then riding quad bikes through it,” says Steve, “But slowly it has come back to life.”

The village of Stifford has thatched cottages and weatherboarded houses, a tiny slice of what once was, then we drop into a valley formed by chalk quarrying where there are now lovely deep lakes. These low chalk outcrops are the last ripples in the chain of hills that is the North Downs. Perhaps their south-facing slopes might have become vineyards, but there is no chance of that now. We are slipping through what are now narrow corridors of nature, squeezed ever tighter by remorseless development. The greenery is rapidly superceded by housing estates and roads. There are no shops, no cafes or pubs, no apparent services at all. It feels haphazard and untidy, tied loosely together by forgotten ribbons of brambles and hogweed.

Lesley, who is leading today’s walk, is scathing. “It’s the lack of services that annoys me. There’s no planning for what people need to live.”

Most people I talk to seem to be thinking of leaving Thurrock, not immediately perhaps, but before the only green space is grassed-over landfill.

Hobblin’ John Hogweed stops to gaze at the hotel where he is intending to spend the night after Beach of Dreams ends: a depressing Ibis hotel next to a thundering motorway interchange without any apparent places to eat or drink. I don’t know what he was expecting, but it was not as bad as this. “Maybe I’ll go back to Lowestoft.”

Thurrock is where we are finally finishing our 500 mile walk. In some ways I see it as the only appropriate place to end: a place where all the problems and complexities of modern living on the coast become brutally apparent. Pressures of human expansion, migration, economic development, poverty, rising sea levels, extreme weather (we’ve had some of that today) and… well, what is life all about, what is it all for?

I walk past a house on a main road where juggernauts are growling and there is a boy playing football on a broken pavement not a yard wide. His sister pushes a scooter. The air quality monitoring station nearby is thick with black grime.

At the finish we find the first pub, the Royal Hotel. We have completed 486 miles. No taxi is available so we dive in. There’s a man playing an accordion and food available. A lady called Saira from Living London talks about a future when the diverse people of Thurrock will produce great world food and visitors will stroll between cafes and street food stalls. I hope she’s right.

A taxi arrives and Hobblin’ John and I head back to the campsite. The Lithuanian driver has been in England for 11 years. What does he think about this part of the coast? “It’s too much traffic and roads and new buildings. I give it five years and we’ll move to Devon, or Wales. I’ve never been to them, but I think they might have a better life.”

I wish him well, but I can imagine a worse scenario: a tsunami of uncontrolled and ugly development spreading like an algal bloom out across the country, a blight that destroys everything worth having.

Earlier this morning at the RSPB reserve in Rainham Marshes by the River Thames, Howard told me that it has been a good year. “We had a hundred redshanks breeding when we normally get five. There’s porpoises and seals out in the river.”

Some people are working hard here. If Thurrock can be saved, there might be hope for the rest. But time is tight. 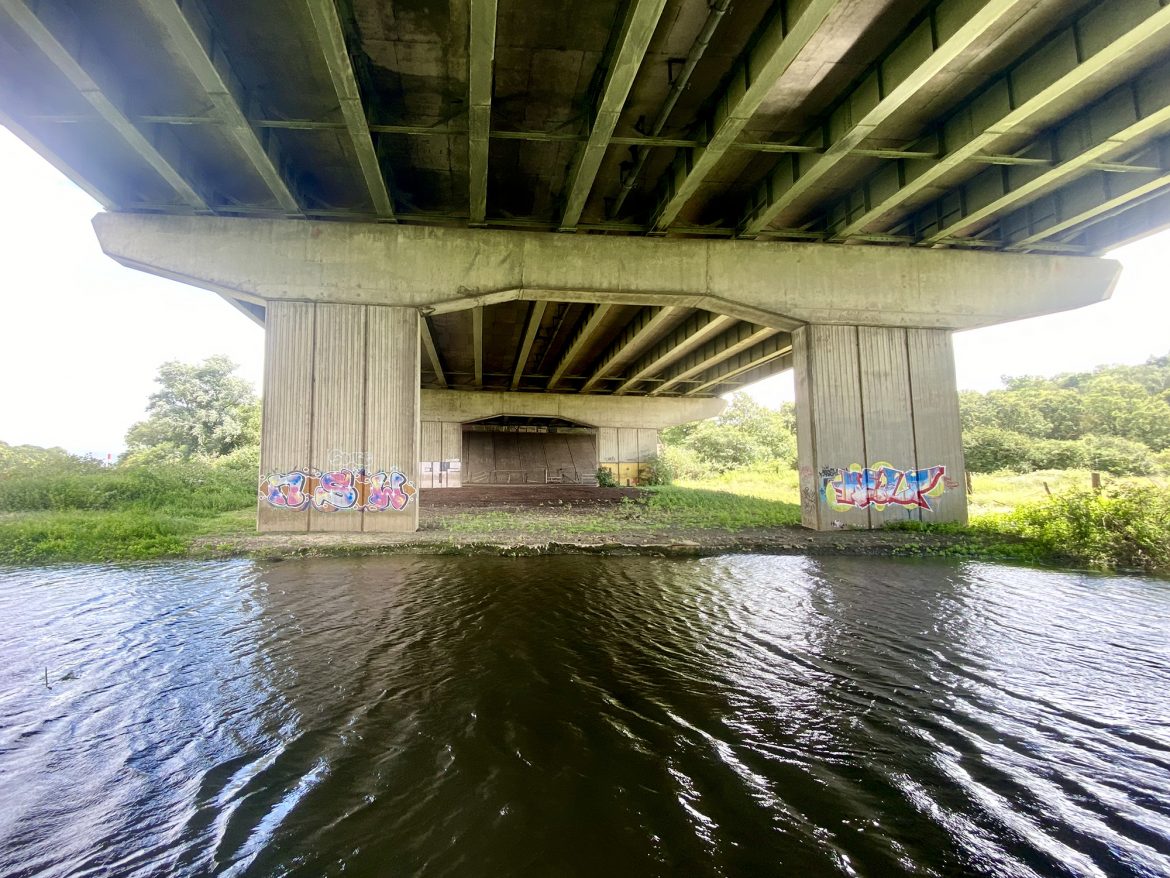 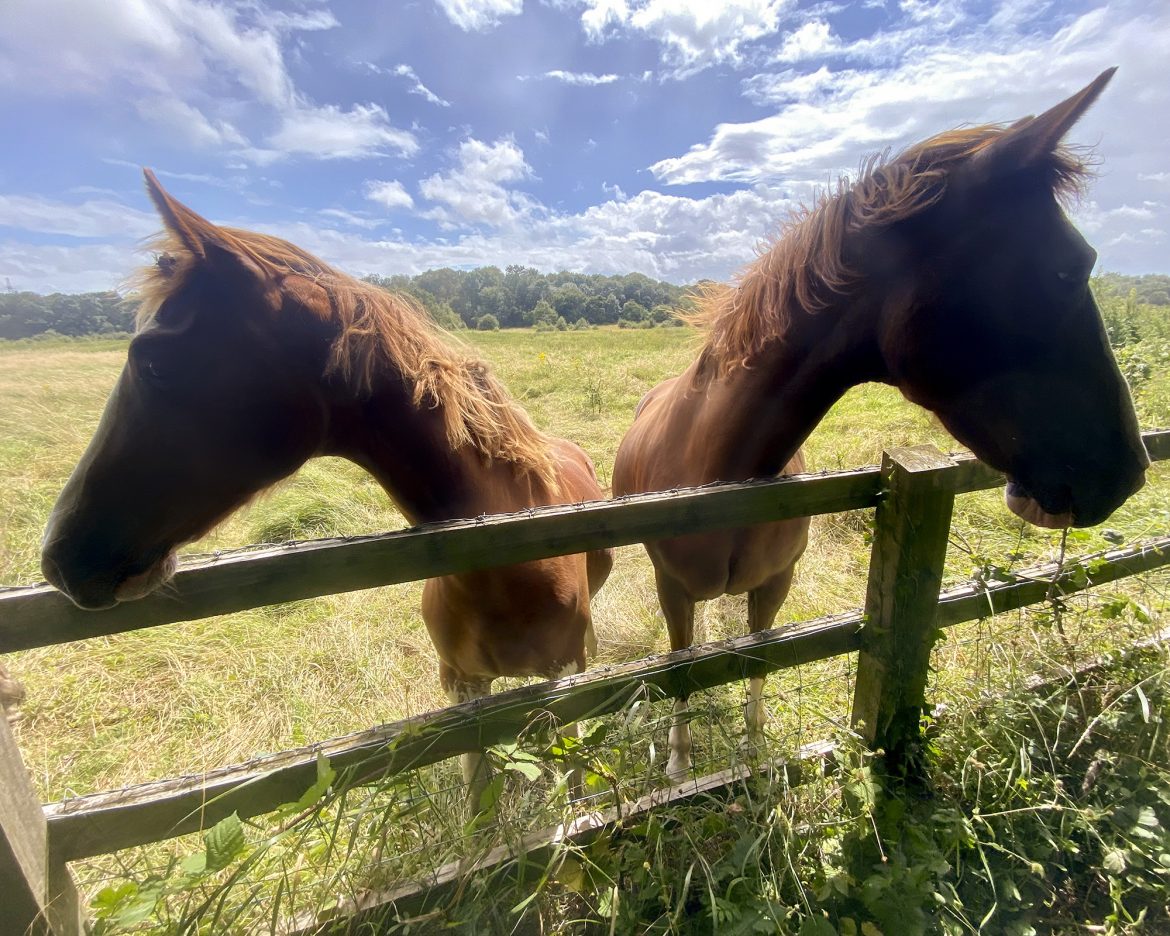 Horses at the Mardyke 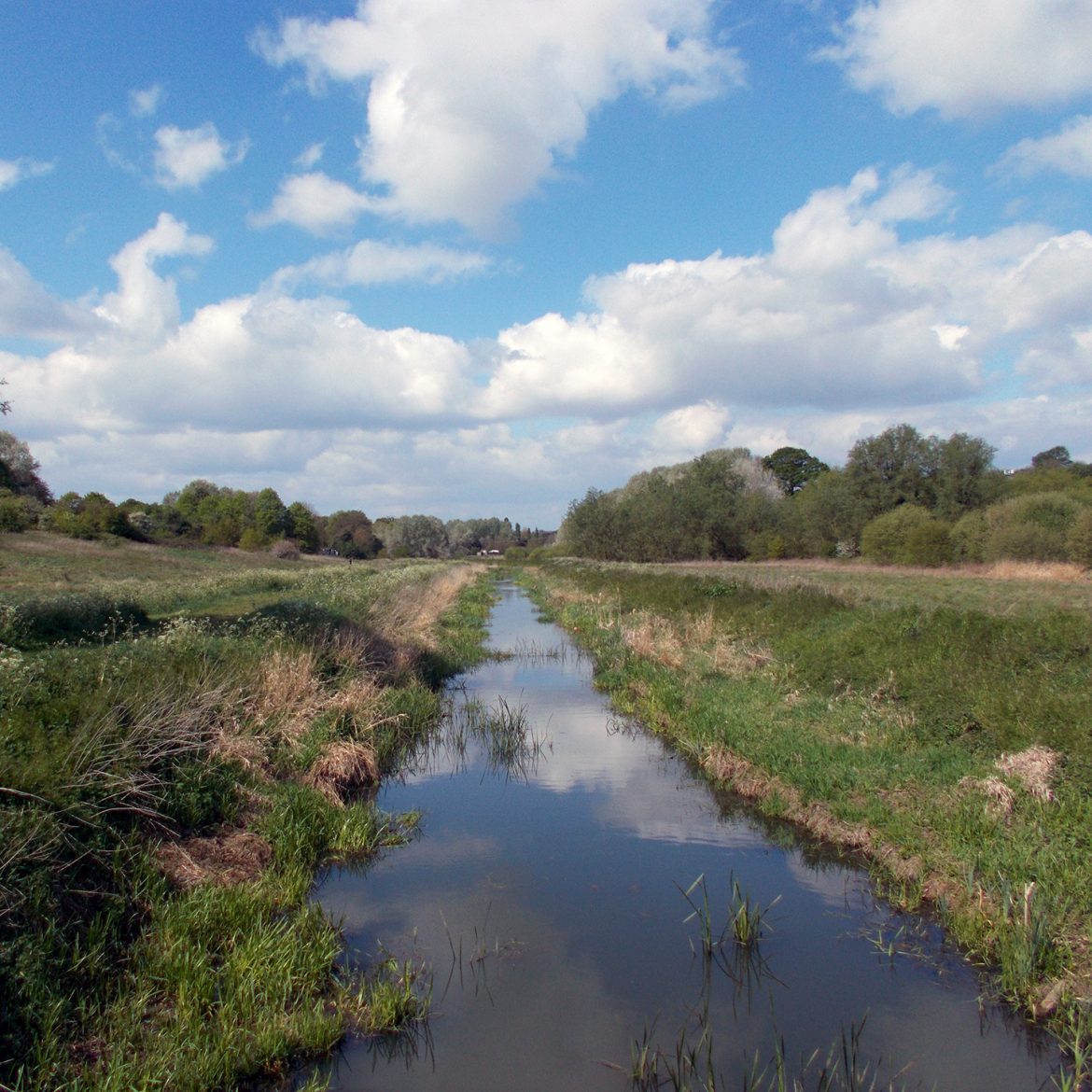 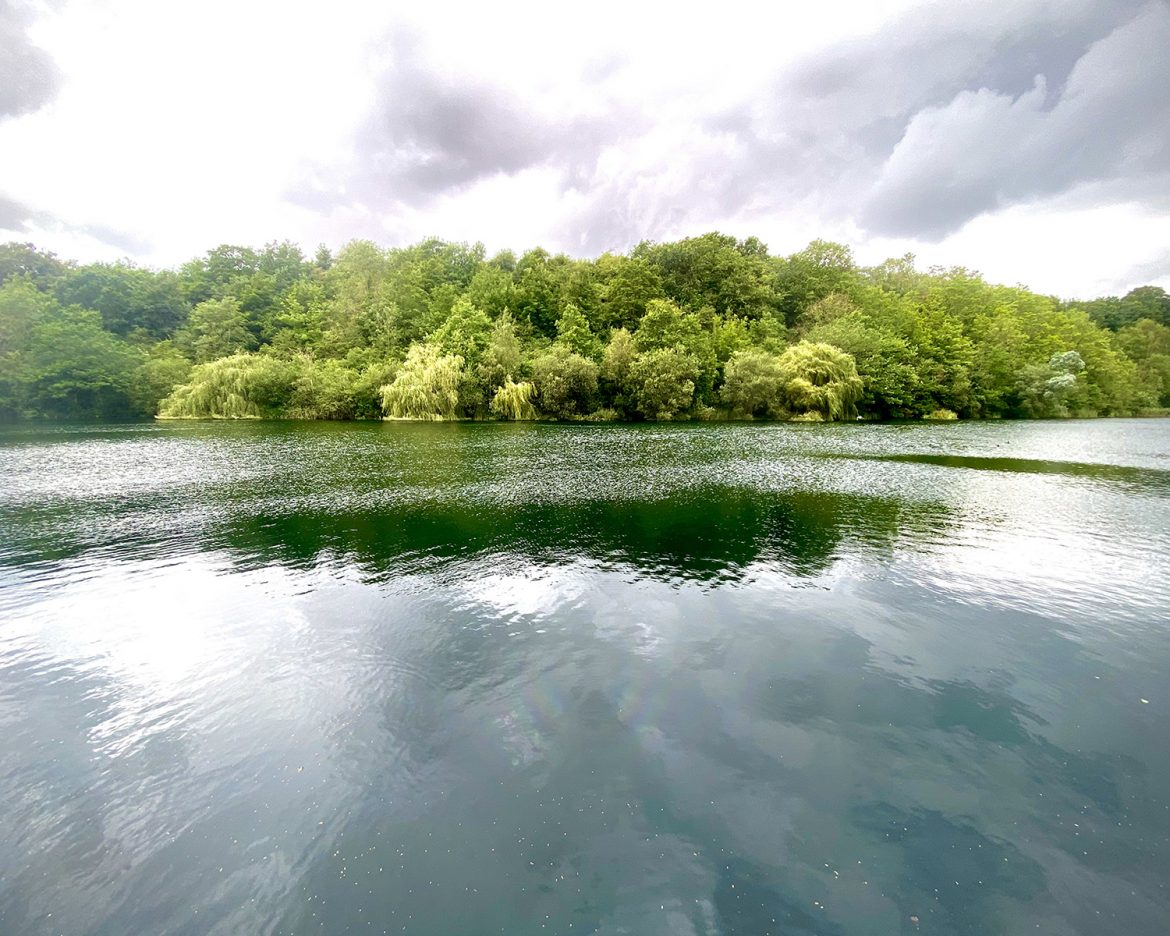 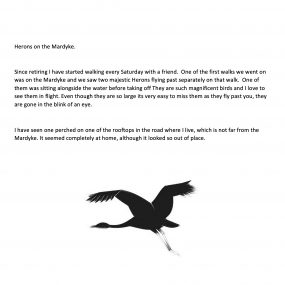 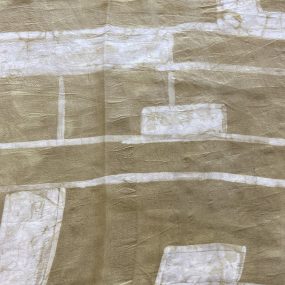 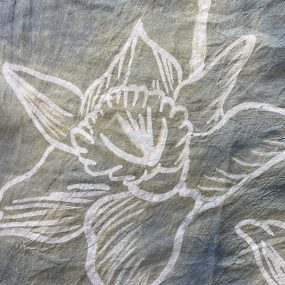 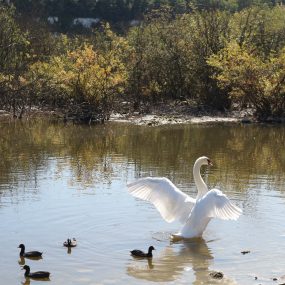 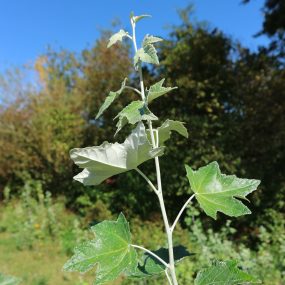 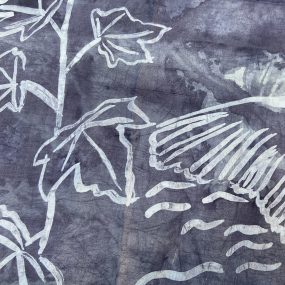 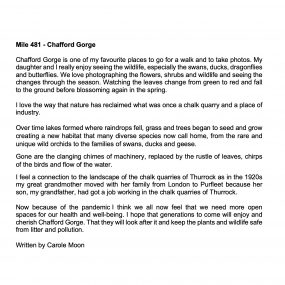 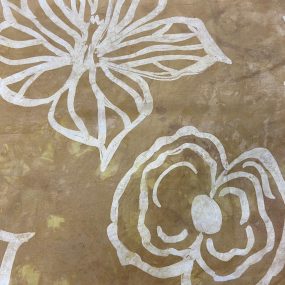