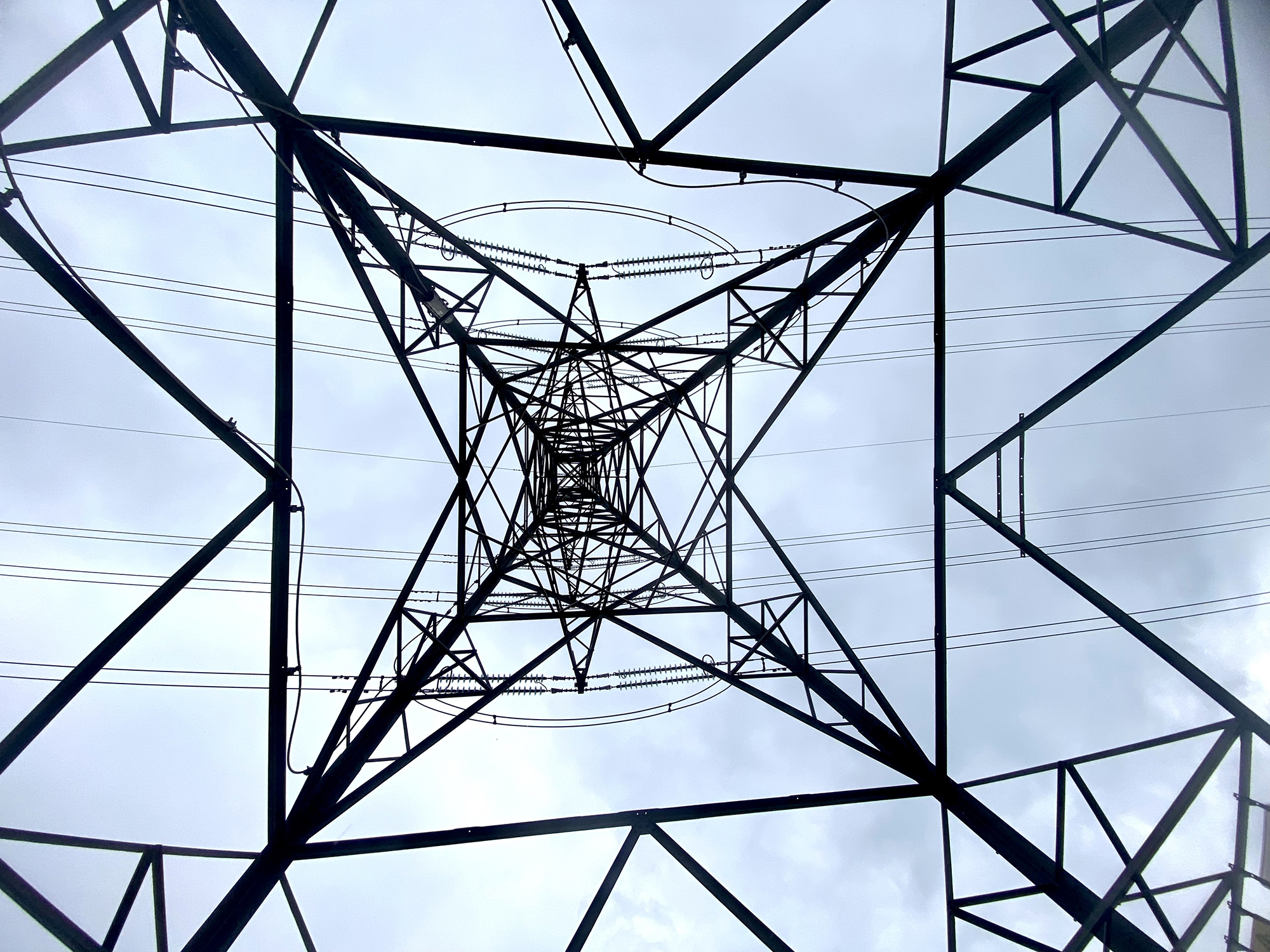 Hobblin’ John Hogweed is up early this morning rubbing ibuprofen gel into his shins and reading the leaflet that came in the box. I’ve repeatedly warned him not to do this, but he ignores me. “It says here that one possible side effect is inflammation of the shins.”

The day starts at Thameside Nature Park in Mucking Flats, in sight of London Gateway port. I walk down to the bird hide by the water and watch starlings, goldfinches and a woodpecker on the feeders.

A large group of walkers gathers up at the visitor centre and we set off, threading our way through to East Tilbury, formerly part of the Bata shoe empire.

We are met by Mike Ostler who has been studying this fascinating bit of social and industrial history for twenty years. He arrived on a mission to record former workers from the Bata factory and never left. All around us are the buildings from the 1930s: lines of flat-roofed workers houses next to the neat rectangular factory buildings, currently being converted into apartments. Thomas Bata had been born in the city of Zlin in 1876 into an impoverished family of shoemakers, but he soon realised that footwear could be made with the new systems of production lines pioneered by Henry Ford in the USA. That was not all, however, Bata had utopian ideas for entire communities. He built model towns around his factories complete with theatres, shops, schools, swimming pools and recreation grounds. When Thomas died in a plane crash in 1932 his son, Thomas Junior, carried it on, bringing the concept to East Tilbury, then just farmland. Soon there were straight broad avenues lined with poplar trees and neat rows of buildings.

In 2004 Mike went to Thomas Junior’s 90th birthday party in Zlin. “He told me how the Nazis came and took over the Czechoslovak factory. He managed to get travel passes for almost everyone in Zlin by pretending they worked for him. The downside was they made boots for the German army.”

We walk around the site with Terry who grew up here in the 1970s. He doesn’t think much of the overgrown grass and littering. “It was immaculate then. If you didn’t keep your garden smart, you’d get a warning note. There was a competition for best-kept garden which my Mum was keen on.”

Bata orderliness extended across the globe as other centres were built. It seems a world away from the era of zero-hours contracts, and if you listen carefully in East Tilbury you can hear the hum of a very different form of capitalism: London Gateway where all the cheap merchandise of outfits like Amazon is flooding in. The profits, of course, go into sending Jeff Bezos into space.

Terry remembers how milk was delivered every morning, in Bata bottles, and he went to Bata school. “The best thing was the Bata swimming pool – I loved that place.” His brother preferred the Bata tennis courts. Both were a bit afraid of the Bata roadsweeper who had horrific facial scars from WWII and no fingers. “There was another worker too, who walked all stooped over. He had been in a concentration camp in Poland and guard kicked him so hard in the back that he broke his spine.”

I wonder if that SS boot had been a Bata product.

We walk on, heading inland past tidy fields of barley, potatoes, onions ands wheat. The human urge to keep things orderly is very evident here. If Thomas Bata’s neat workers’ hive is gone, the tidiness has switched to these fields. We see few weeds, a handful of insects and no amphibians, the result of regular spraying with herbicides, pesticides and fungicides. That wonderful sight of a clean field of wheat, ripe and ready for harvest, is a chemically-controlled process these days. When we do see butterflies, it is often in the nettle-deep runnels between roads and arable, the inbetween spaces.

I have been longing for hills, and now I get some, heading up into the Langdon Hills along beautiful broad grassy paths with fine views over the Thames estuary. No straight tracks here, only curves and wiggles. It feels like a relief. I arrive an hour ahead of the main group and grab a taxi back to the campsite. As I write I have no idea if Hobblin’ John has made it. 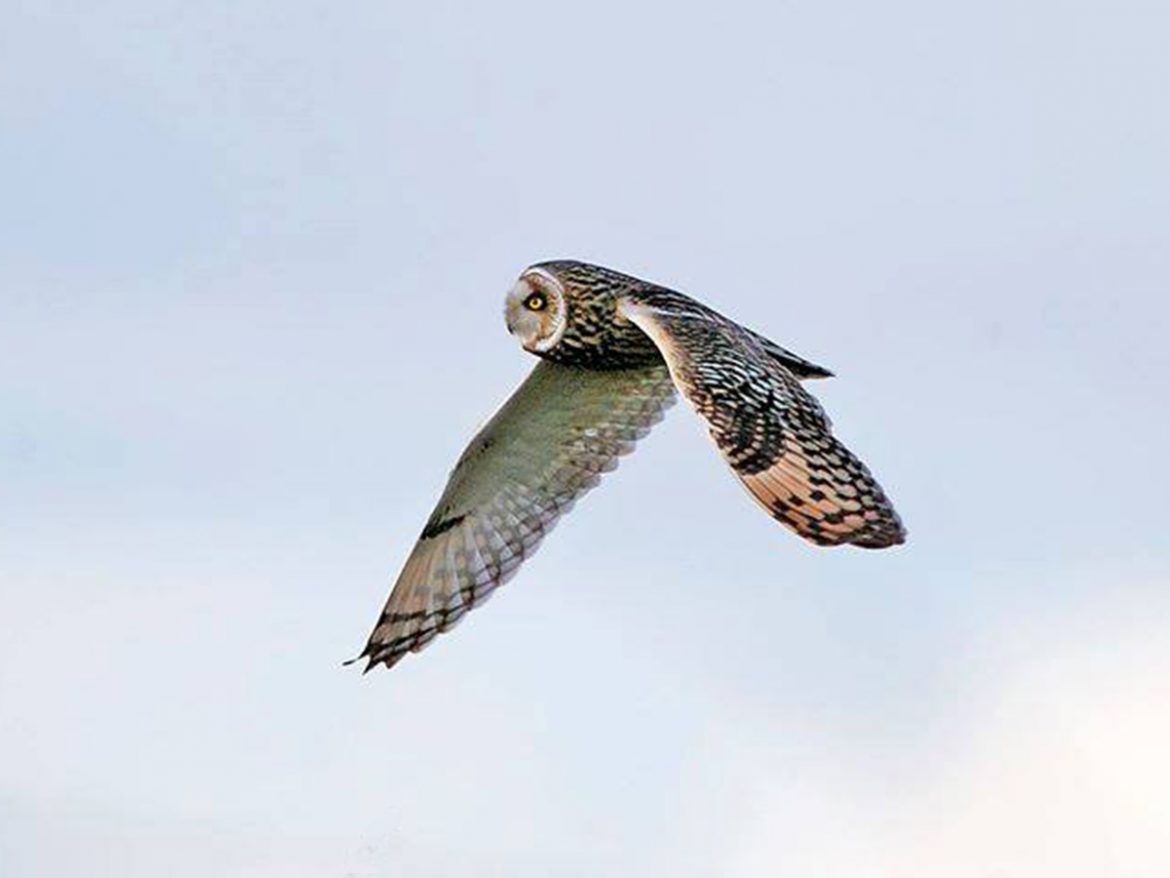 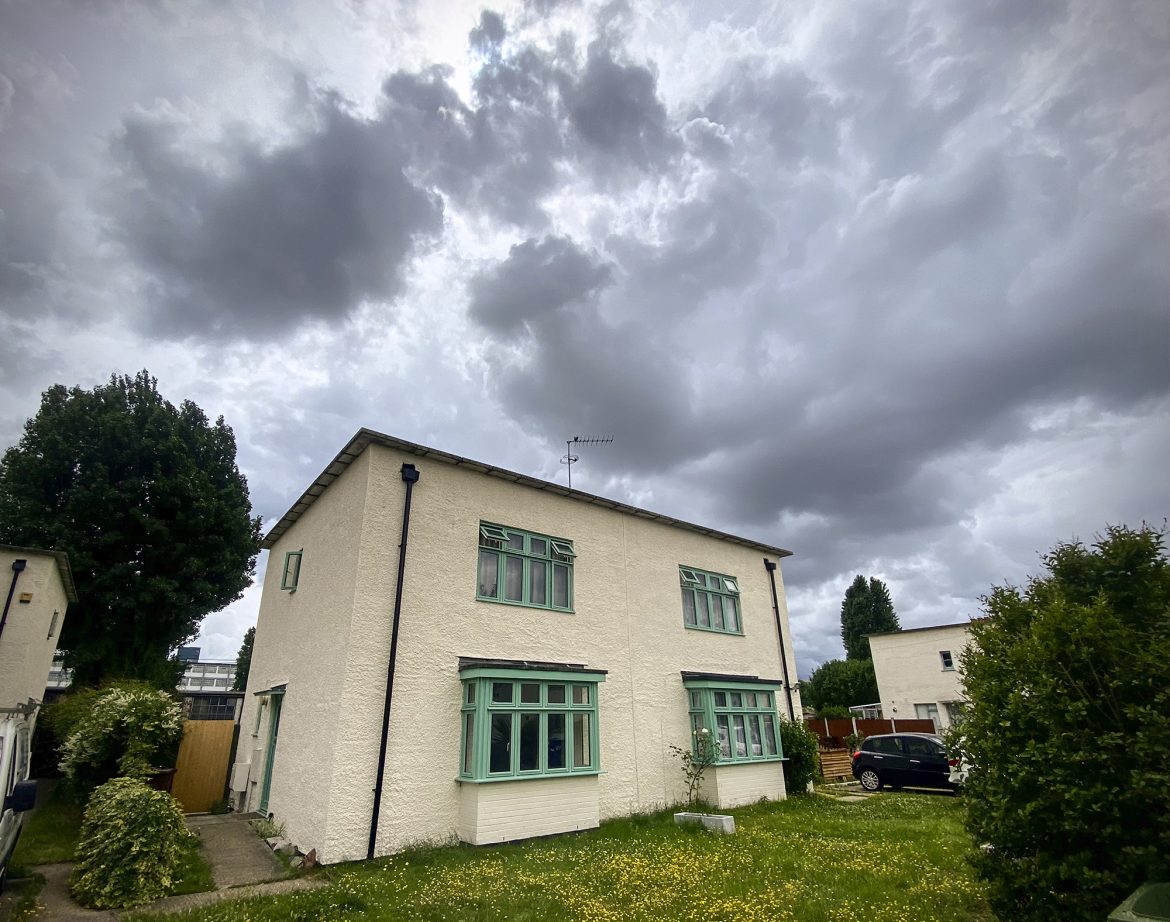 Bata House from the 1930s in East Tilbury 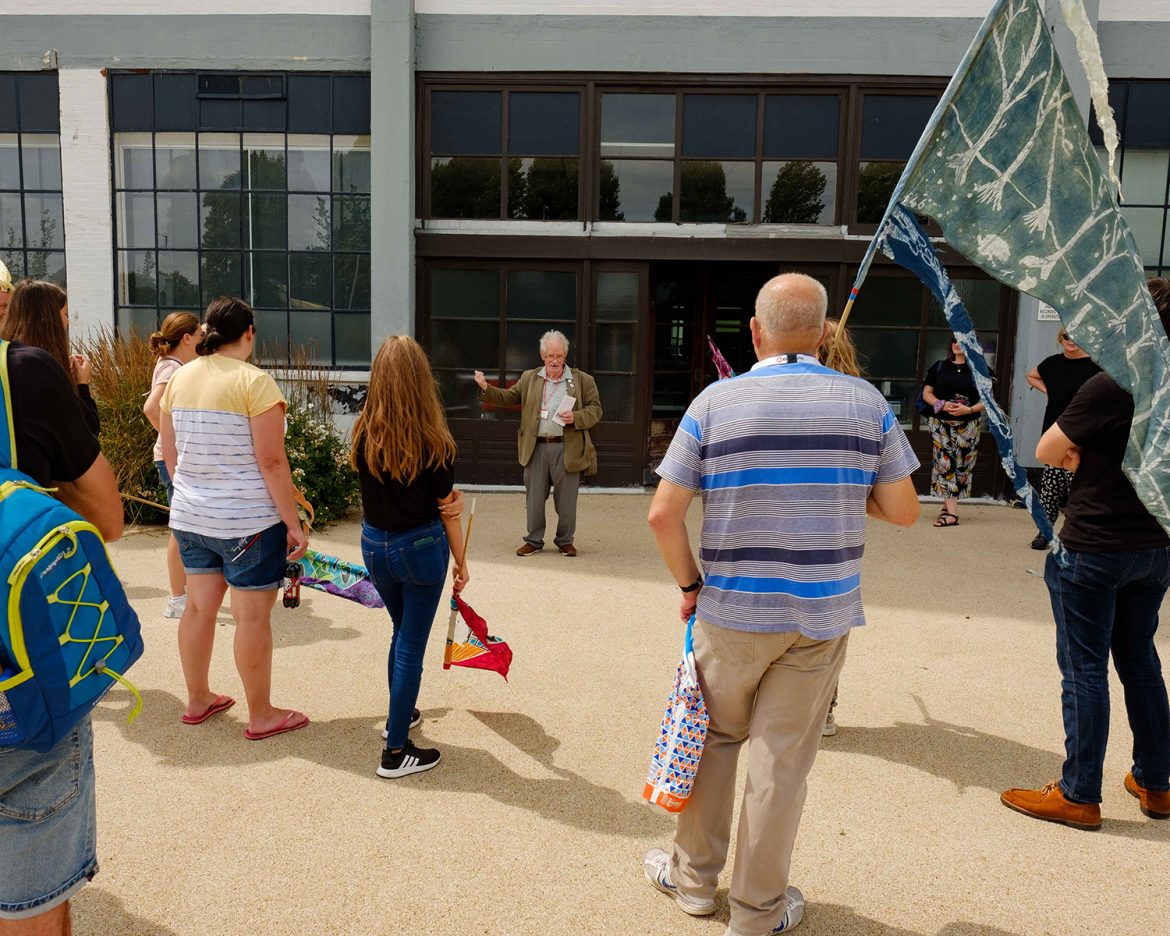 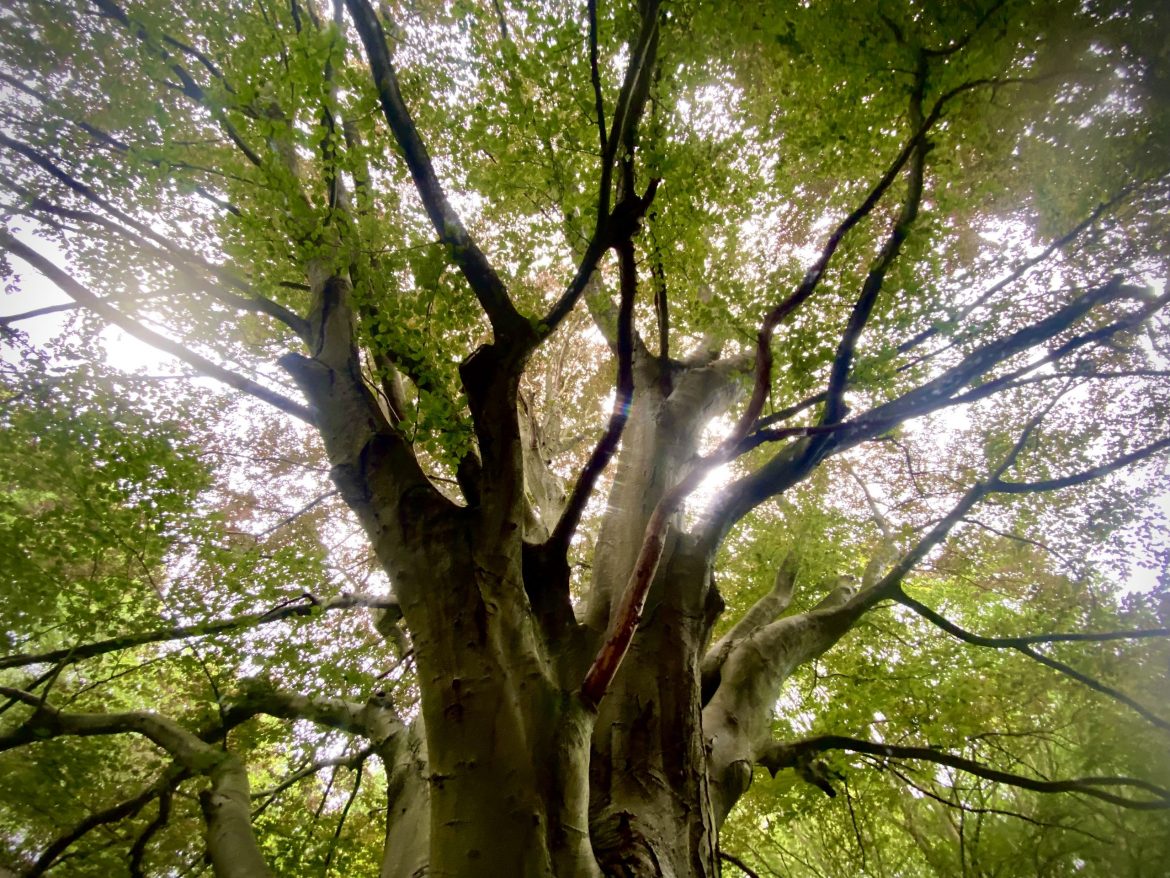 See all the mapped miles on the Storymap, find a selection below. Slideshow images are by Mike Johnston from East Tilbury. 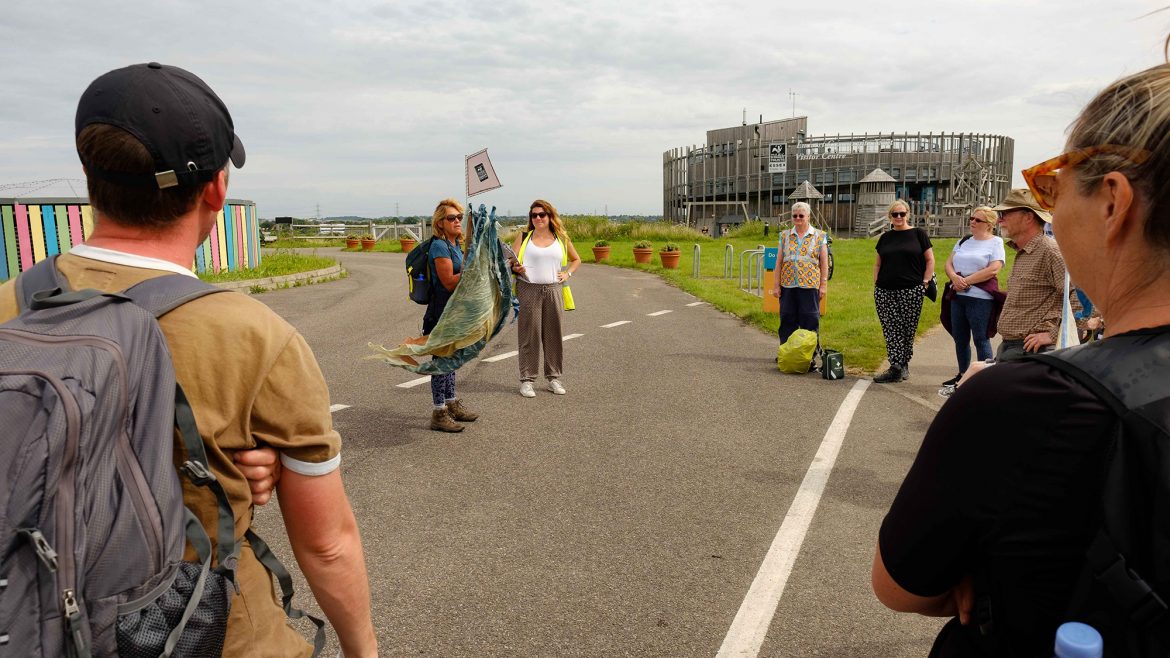 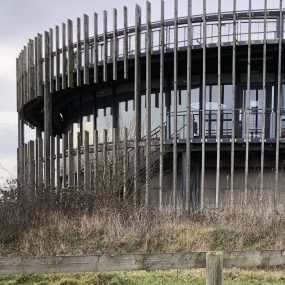 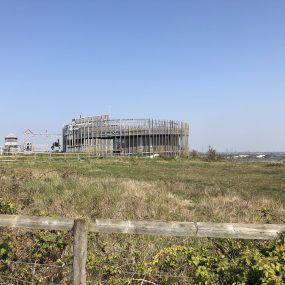 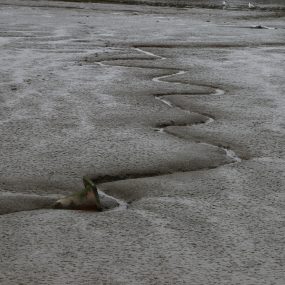 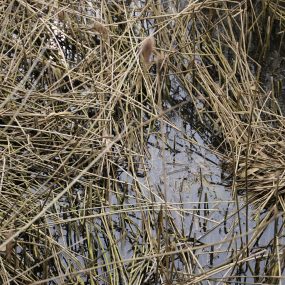 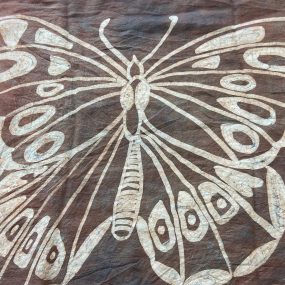 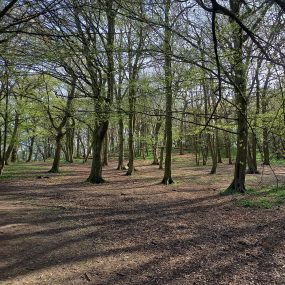 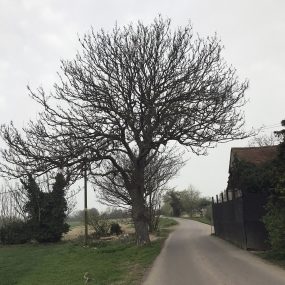 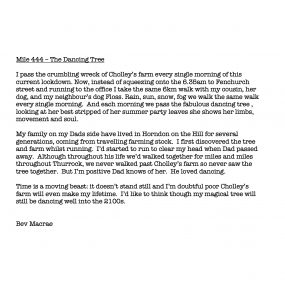 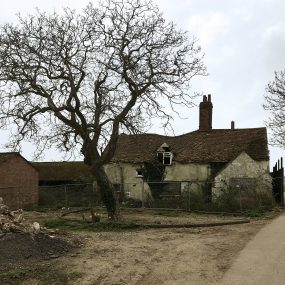 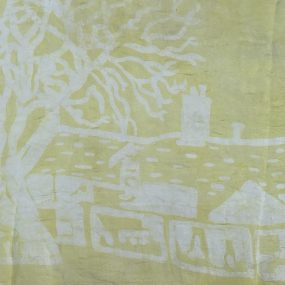 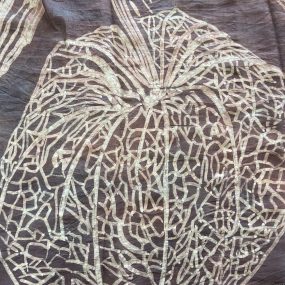 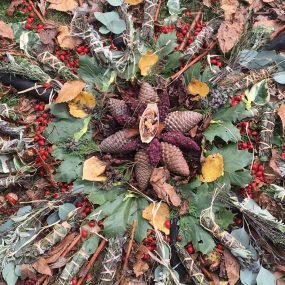 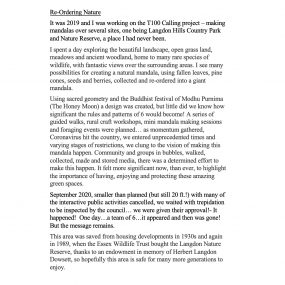 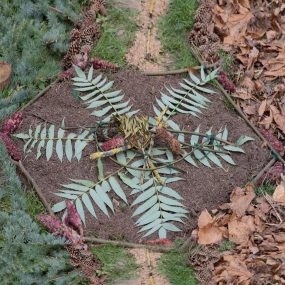 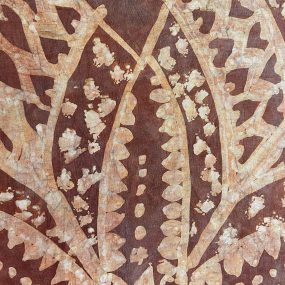