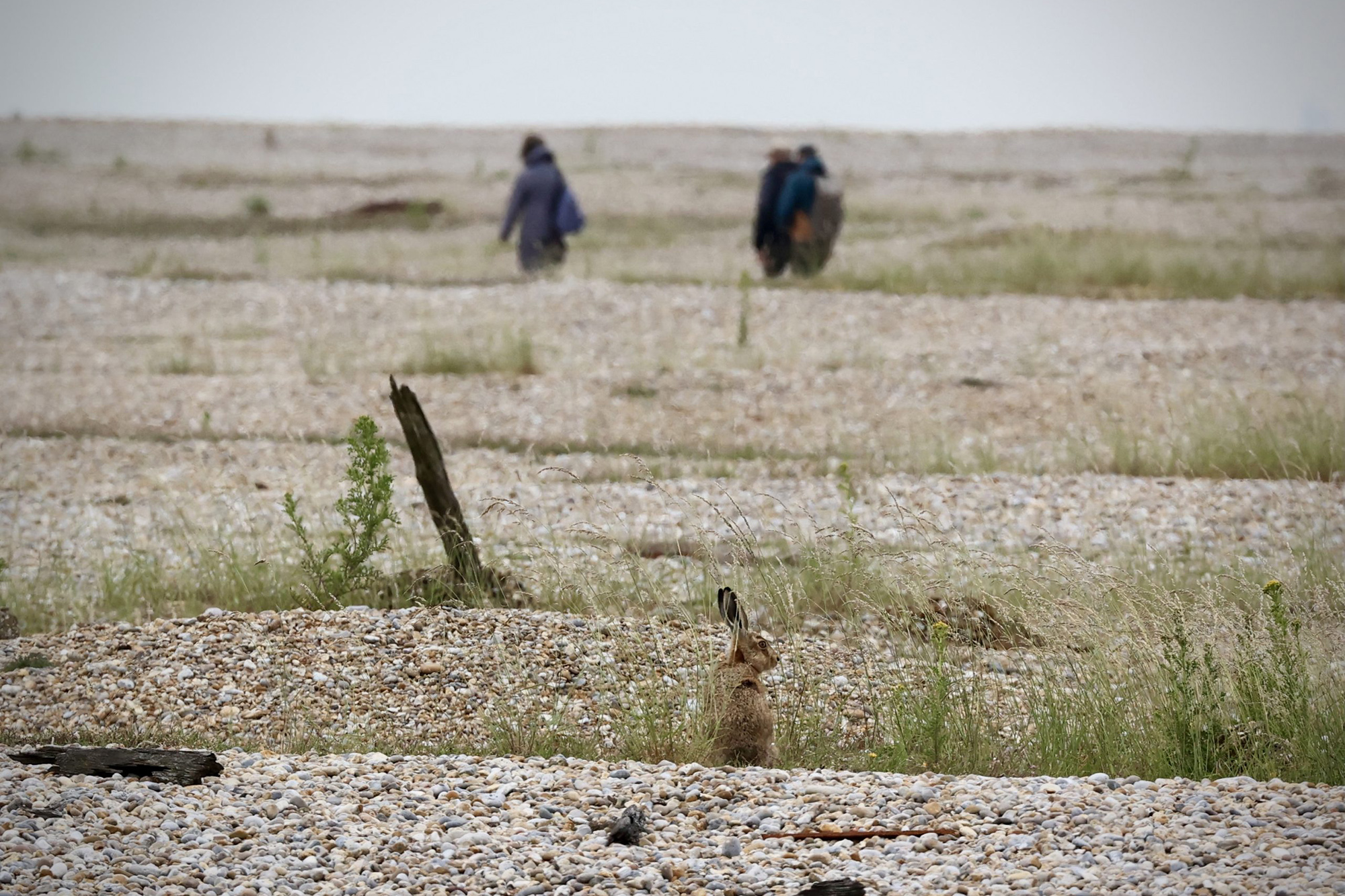 I wonder what attracted the Ministry of Defence to Orford Ness back in 1917? Was it the legends of the merman who had been captured and kept in prison for seven years before he made his escape? Or the little green children seen wandering across its vegetated shingle, an environment that scientists realised, rather more recently, was far rarer than coral reefs?

This ten-mile shingled spit, you see, has always had an air of mystery, one which the MoD would add to, and use. Days before we even reach Orford and wait for the ferry to cross the River Alde to reach it, we are starting to hear about the place. ‘We’ll never know what really went on there,’ is one comment. Others are absolutely certain: ‘UFOs were sighted. It was all hushed up, of course.’ Yet more folk mutter darkly about certain local disputes and finish with vague statements that might be considered menacing: ‘I don’t know what the National Trust are up to.’

Our 500-mile coastal walk now pauses for a day to investigate the ness. The boat across seems fairly ordinary, but on the other side a man in camouflage gear and sun glasses instructs us to only follow the marked red route. There are two reasons for this: firstly, we might step on a bird’s egg, and secondly, we might step on an unexploded bomb. His finger traces the permitted route on a map: out across the bridge, then down a long line of distinct buildings, all separated from each other by a few hundred yards of shingle. We can go as far as the abandoned Atomic Weapons Research facility. No further.

Someone asks his name and he looks surprised, moving back towards his camouflaged all-terrain vehicle. “I might be Dave,” he says, “Everyone here is called Dave.”

His vehicle growls away at about three miles per hour.

Can we trust the National Trust, I wonder. What if a maverick wild bunch of Daves have gone Colonel Kurtz out in the shingle?

We walk to a metal military bridge across a creek and enter the outer vastness of shingle dotted with concrete bunkers and constructions. A deer explodes from some long grass and startles a hare which runs in front of me. It was here on Orford in 1935 that Robert Watson-Watt and his team began the long process of discovering Radar, a process that in some ways was completed in 1956 when Watson-Watt was caught speeding, by a radar gun.

I walk to a ruin on the beach, then along the beach and back inland to a group of structures. There is nothing remarkable, or beautiful, about any of them. They are the remnants of attempts to find better ways to kill people and the only thing attractive is how nature is slowly dispensing justice, by destroying them. The salt eats away at the iron, the wind sings in the railings and the gulls crap on everything. Far away to the north I can see Sizewell B reactor’s white dome.

A lady in National Trust uniform stops on a bicycle. Is she called Dave? “I like coming out here,” she tells me, “It’s the real world.” There is a pause. “When I first came, I’d go out on the shingle and just scream.”

“Perhaps that started a few mysteries back in town?”

“It made me feel better.” She smiles enigmatically and accelerates away from me without pedaling.

The largest buildings are the three laboratories where atomic weapons research was pursued from the 1950s. Artworks have been installed in two of them, but they don’t add anything to my experience. I’d prefer grafitti: Banksy or some colour-crazy jive artists from Senegal’s Île de Gorée (where they have brilliantly defaced and reused old French military structures). I sit down and eat my sandwich: cheddar cheese and Branston pickle, a condiment that was discovered in the 1920s at about the same time as the nuclear physics that brought about atomic weapons. And yet, while men like Rutherford, Einstein and Oppenheimer have been lauded and celebrated, the creator of Branston remains obscure and forgotten. It was probably someone’s Mum.

Another all-terrain vehicle passes bearing a burly man in sunglasses. Could that be Kurtz? I head towards the last building, a huge concrete silo, half-buried in shingle. I’m expecting to find Marlon Brando in one of its three bays, staring out at the madness of humanity, croaking his despairing last words: The Horror! The Horror! But there is no one there, only a discarded length of wallpaper, stretched out and scrunched up on a table.

I walk back to the ferry. “What did you think of the artwork?” I am asked.

Just before the ferry I spot another National Trust foot soldier on a bike and he is pedaling. There is no evidence of an electric motor. Now I don’t want to add to the insane quantity of mysteries about Orford. I can only relate what I saw.

Tomorrow we will be walking away from Orford, as quickly as possible. 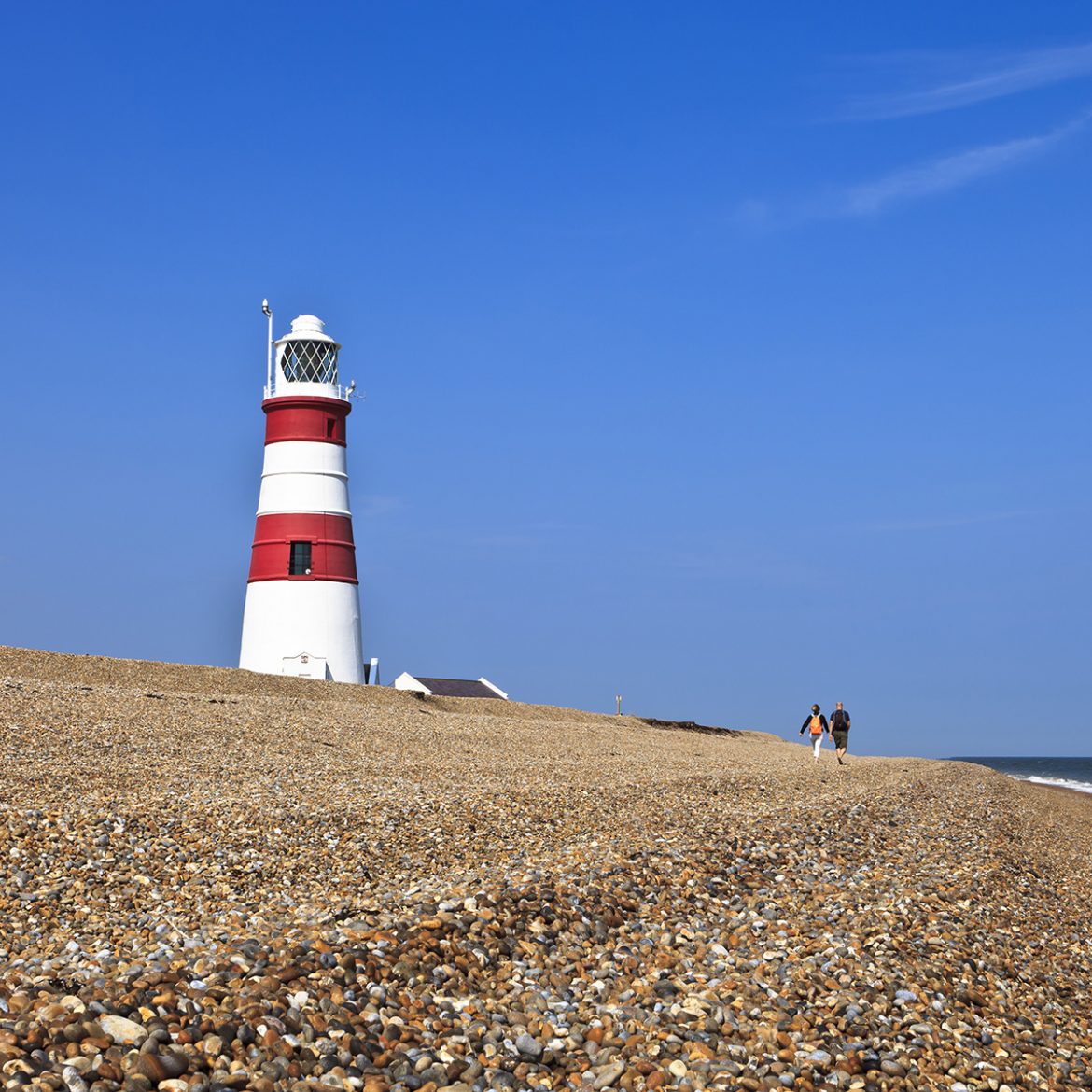 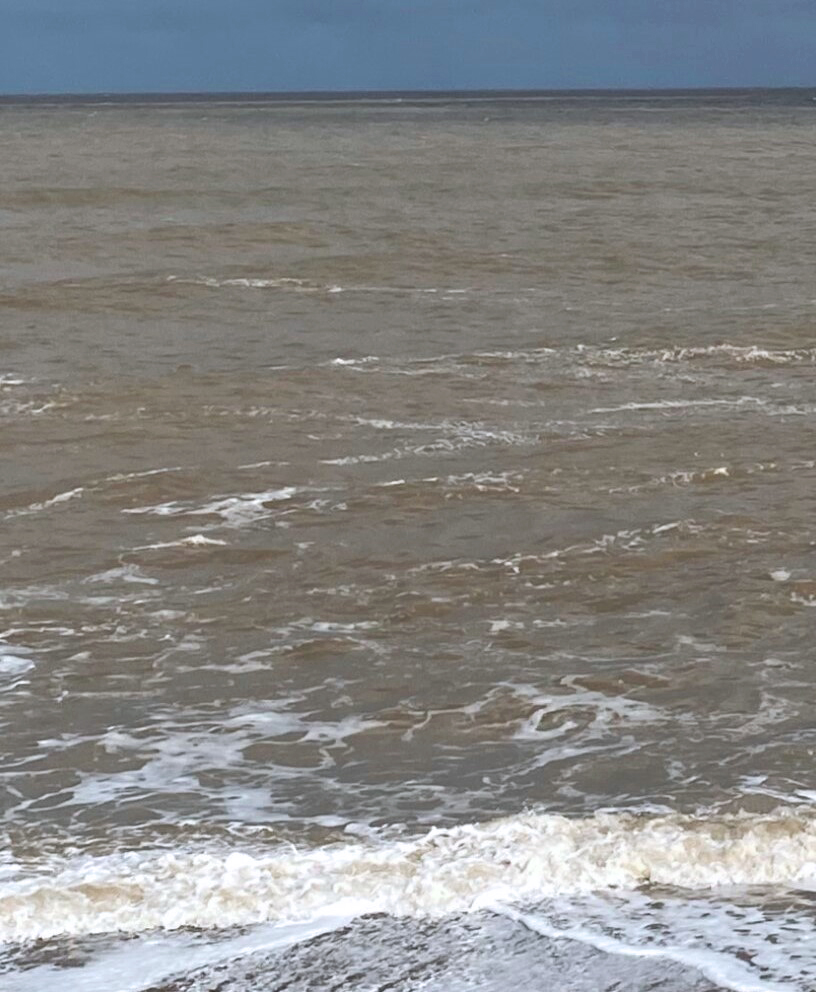 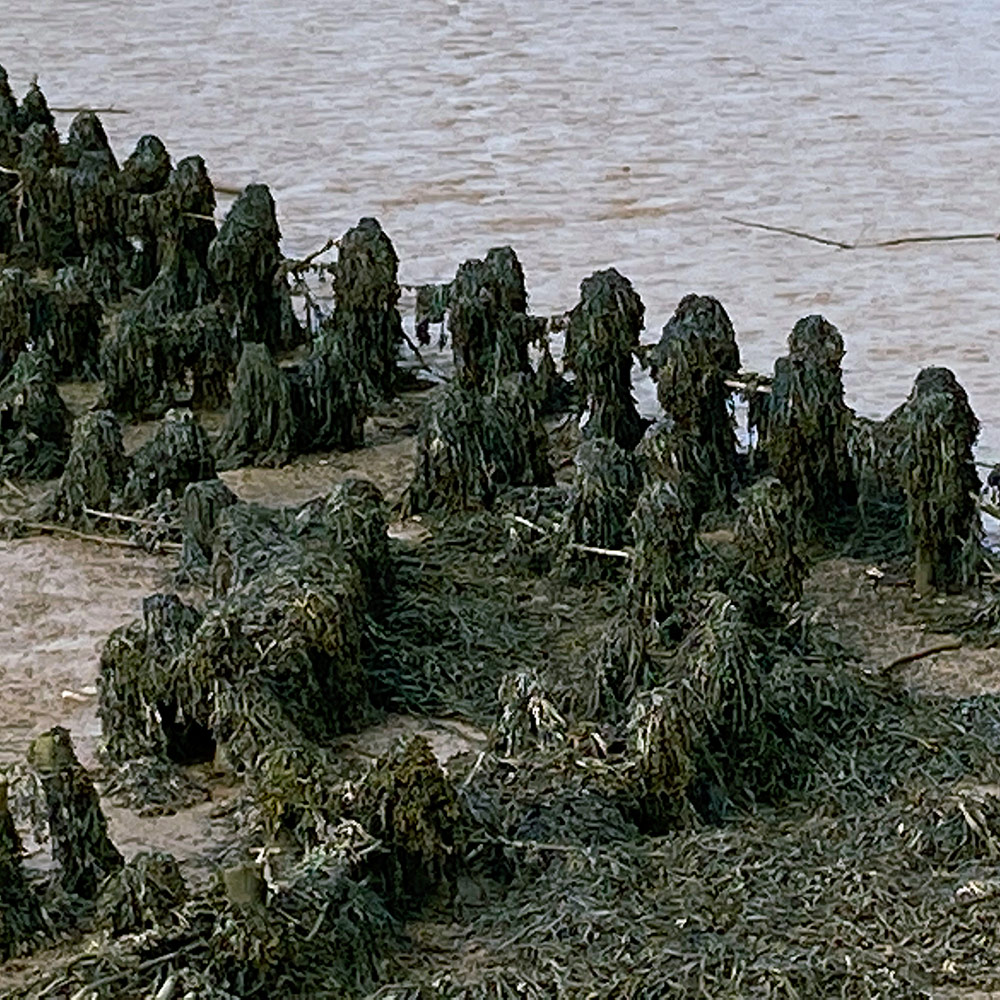 See all the mapped miles on the Beach of Dreams Storymap, find a selection below. 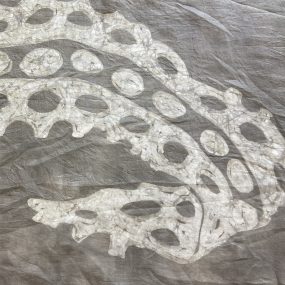 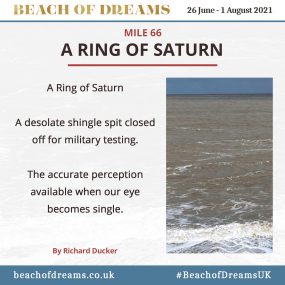 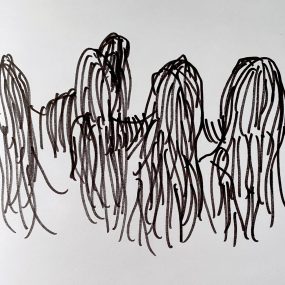 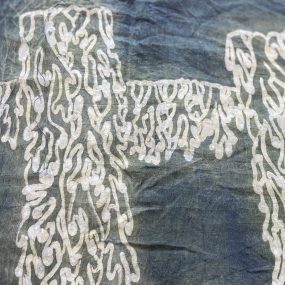