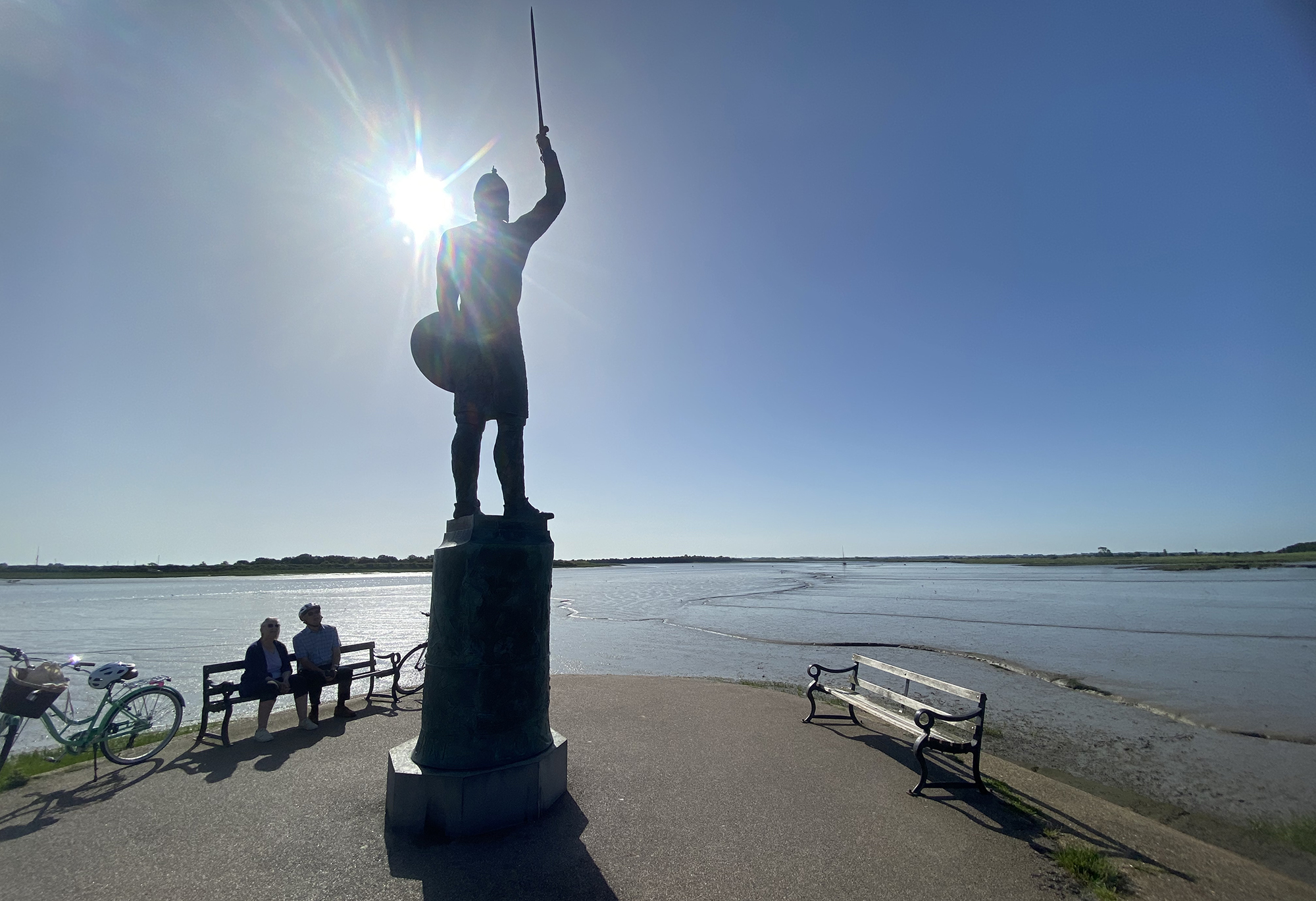 We are going to hit 300 miles today, but the weather is going to make us work for it. And then John has spent a long night on the phone to the NHS only to discover he’s probably not contracted Lyme’s Disease. In Maldon we meet a group of walkers. The disparity between our physical state and the people joining is, perhaps, not obvious to them, but it is to me. The series of long walks in hot temperatures is taking its toll. We are not as bouncy at 8 am as we once were. It takes a mile or two before we get moving properly and able to hold a conversation.

We go past the Maldon salt works and lots of boats, out to the statue of Brithnoth who held off the Viking marauders in 991 AD. Apparently his reputation was as a peacemaker so the sculptor, John Doubleday, had him posed with hands on the hilt of his sword with the tip on the ground. That, however, did not satisfy Essex Council: they wanted a hero. Now he stands, sword aloft, defying any marauders to come up the Blackwater. When his body was exhumed in Ely in 1769, his height was estimated at 6’9″, a giant in those days.

Soon we are in a familiar place: what everyone calls the sea wall. It’s actually a grassy bund that curls and wriggles endlessly around Essex, the modern day version of Brithnoth and about the same height. Jo tells us how the big skies have come to mean so much to her although it took a trip the Lake District to realise. “I felt claustrophobic. All those mountains all around.”

As we get away from the town, people turn and head back. Soon there is only the three of us and Ruth who tells me how she started a business, The Mighty Oak Brewery, with her business partner John. Now they also make a successful gin, using samphire in the herbal mix and Maldon sea salt. “After you take a sip, it’s like you can smell the sea.” I find a tree bearing wild plums, bulaces, and Ruth takes one. They are delicious. Maybe there’ll be another gin in the future. I pop the stone in my pocket to plant later.

Now we are three again, pacing forwards, sometimes on the top of the bund where the sea beet grabs you by the ankles, or down on the inside where it’s easier, but without a view. I enter a meditative state. Sometimes it feels like you are not moving at all. Nothing changes. The reeds chatter with buntings, the mud wrinkles and puckers as the tide recedes, but the path just curls on and on. The only people we meet are three ladies who are lying on the grass, heat-stricken. “You’ll be alright when you reach Maylandsea,” they say, “There’s a lovely bistro there.”

They point, almost behind us. Of course. This coastal path is so convoluted and creeky that going forwards often, in fact always, involves going back. A long decisive stride out towards a headland is invariably followed by a long retreat up yet another creek. I wonder what the bistro might serve for lunch. Will there be a small deli attached where afternoon treats can be bought? Creamy pistachio cakes from Sicily, artisanal Danish pastries and fine Italian wines? When we finally reach it, the blackboard for specials reads, “Pie and Mash”. John weeps silently into a pint of soda.

Now the heat is really coming up, and there is no shade to be had. In the village of Ramsey we go badly wrong and have to sneak through someone’s garden, praying they don’t have Rottweilers. The houses here are really special: neatly painted clapboard with old-fashioned lines interspersed with modernist palaces. And everyone seems to have a boat. Out in the estuary a dozen Thames barges sail past.

And then, finally, after 20 long miles we reach our destination, the campsite at the Othona community where that sky seems to excel itself, stretching out to its maximum, pushing the horizons far back. I am beginning to understand what Jo was talking about. 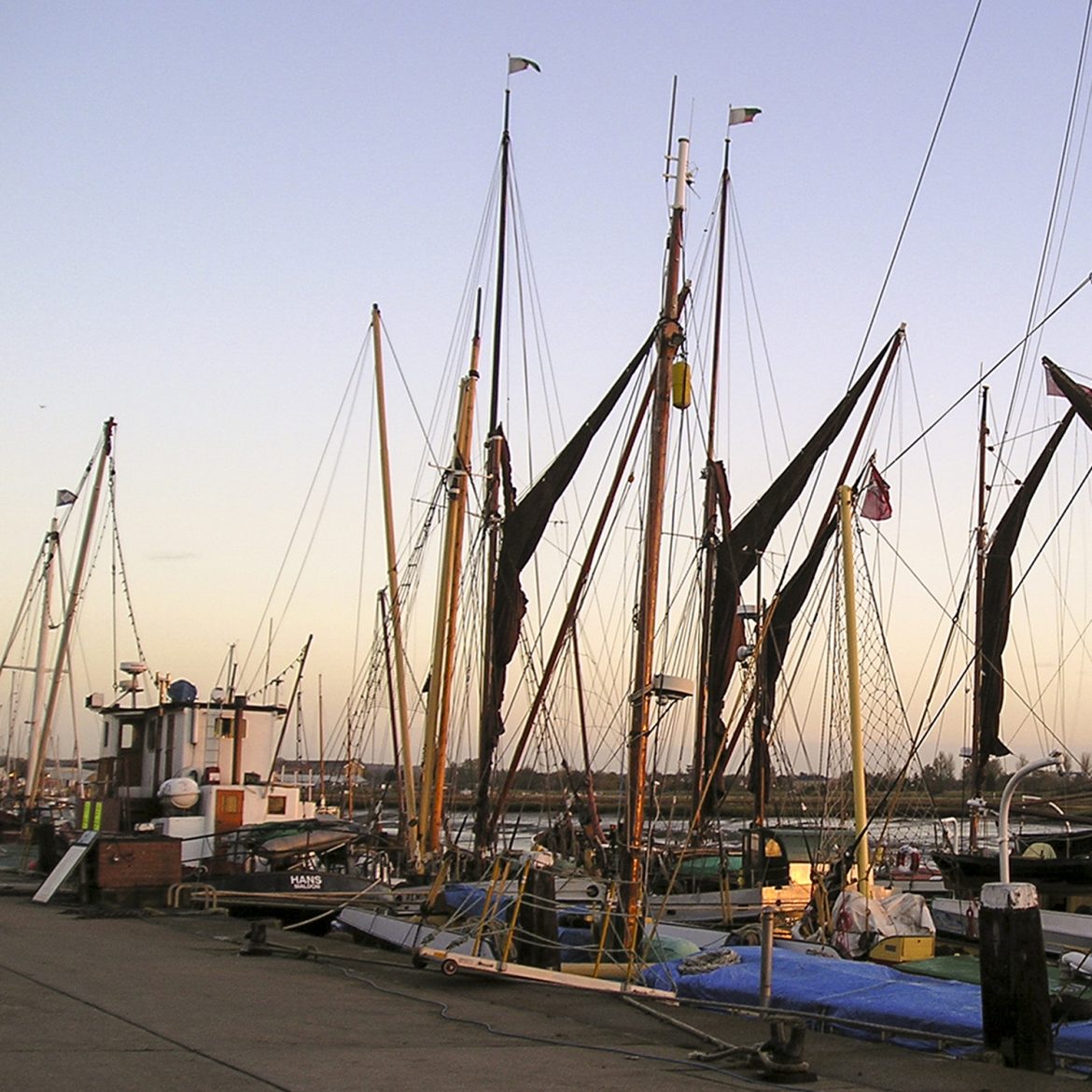 Mile 283 in Maldon by Ruth O'Neill 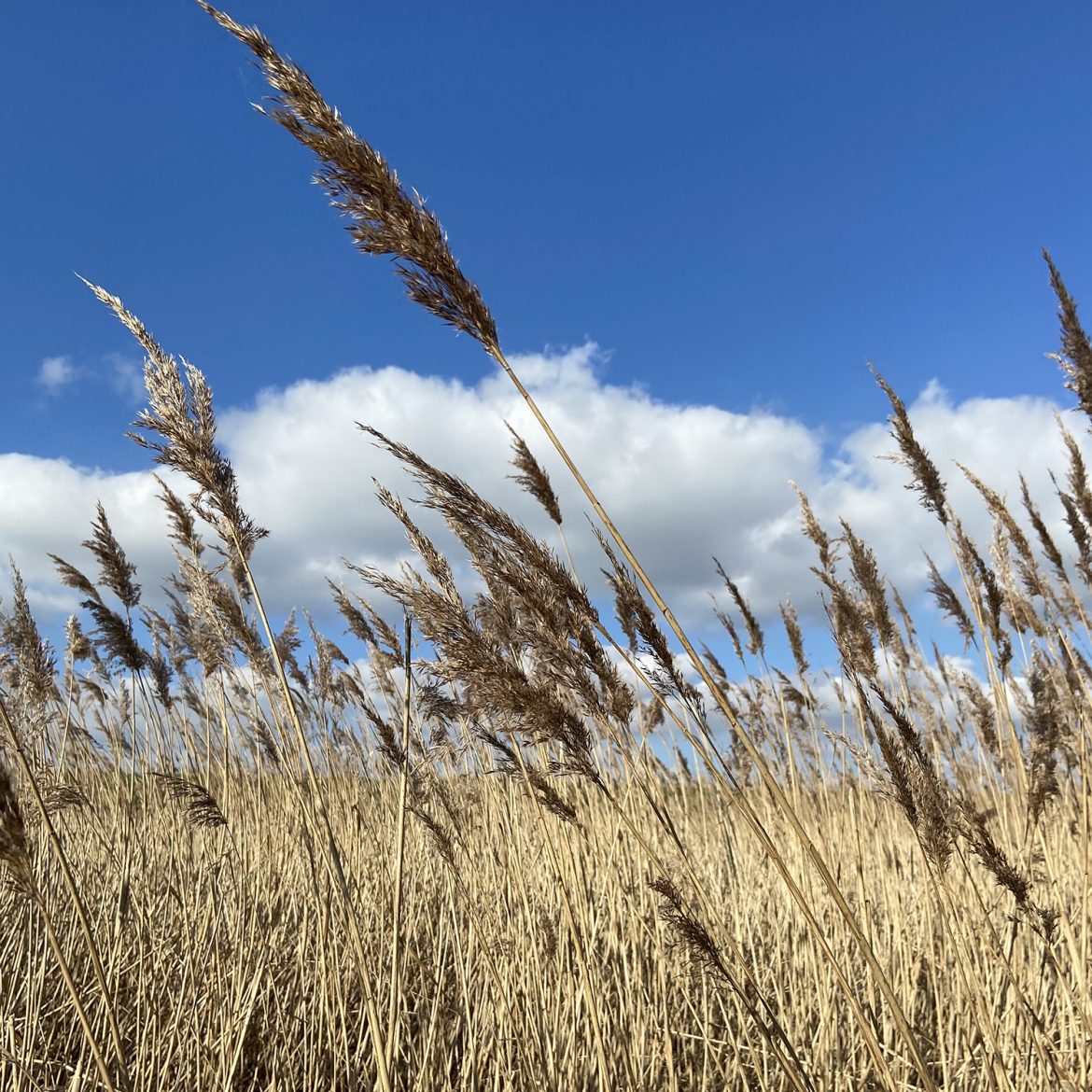 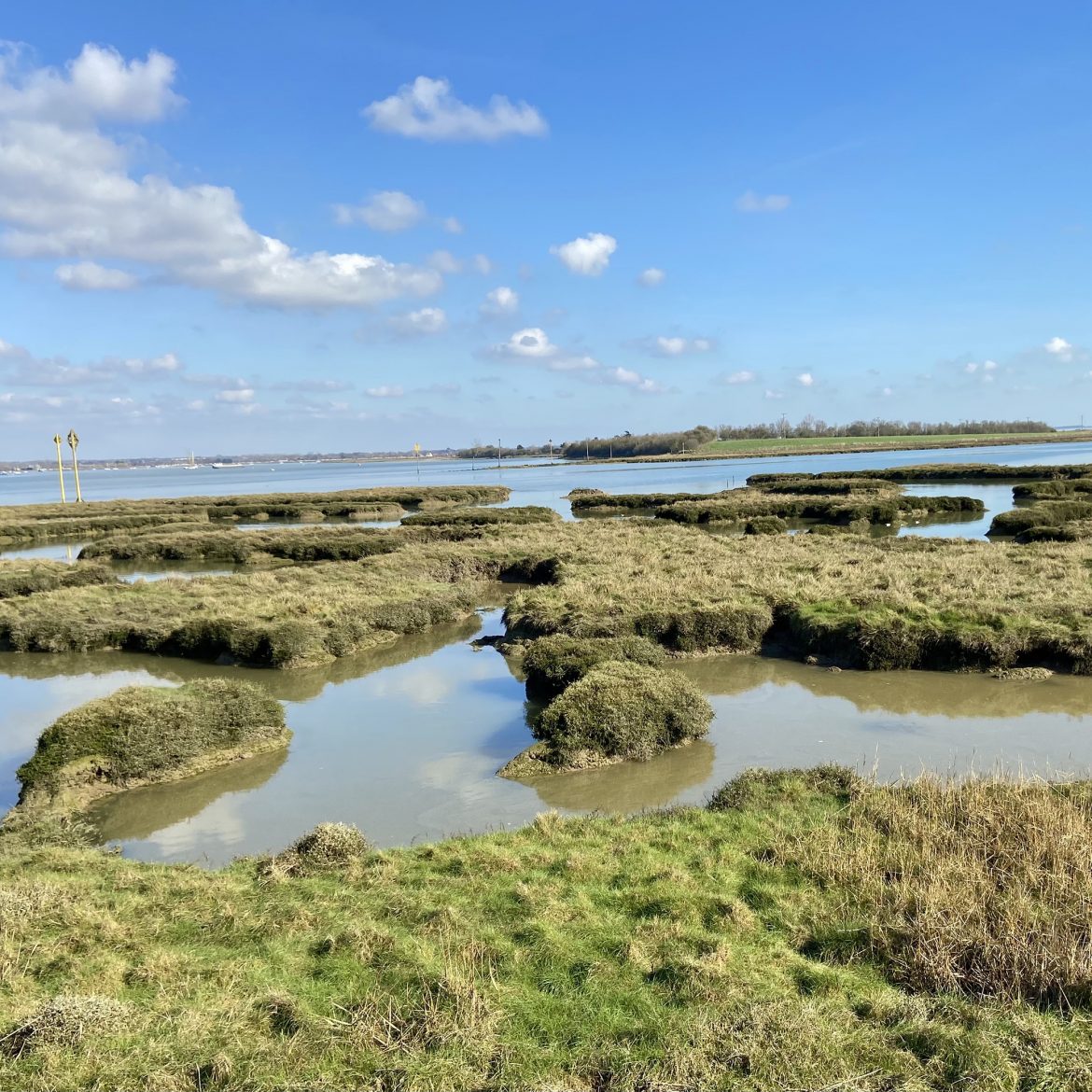 See all the mapped miles on the Storymap, find a selection below. Slideshow images by Mike Johnston. 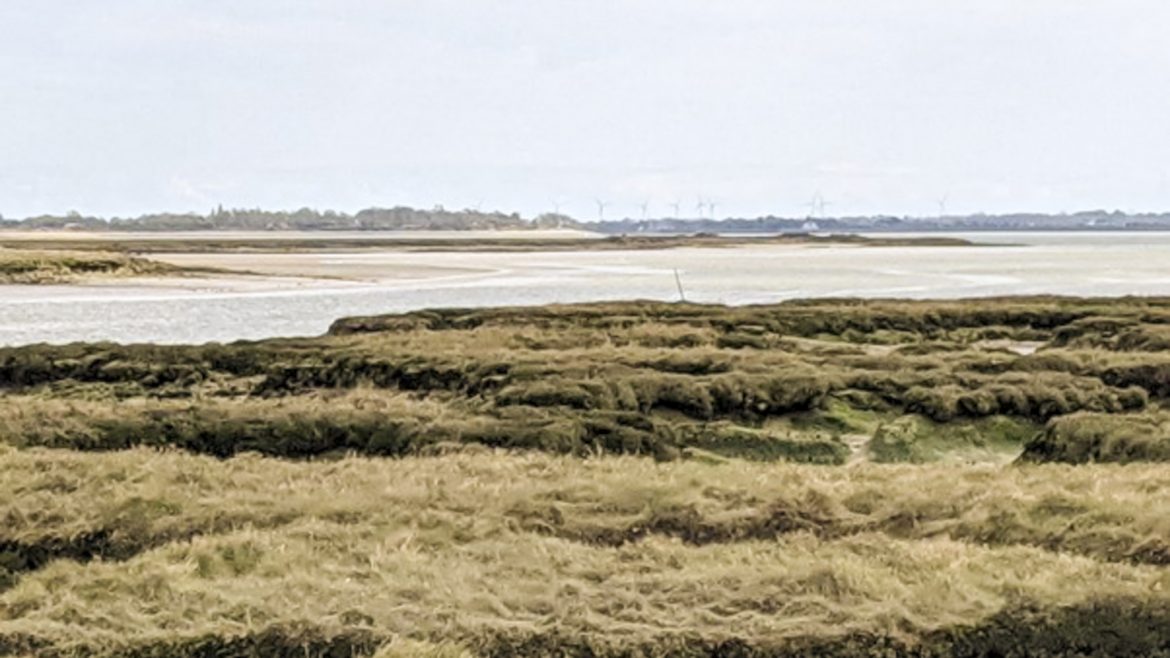 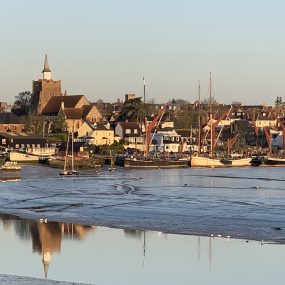 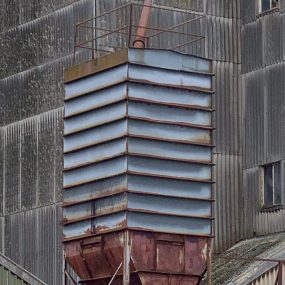 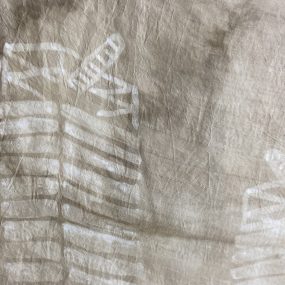 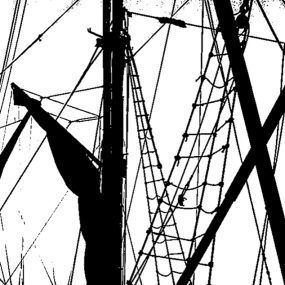 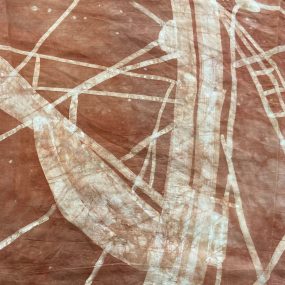 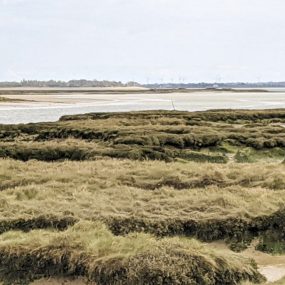 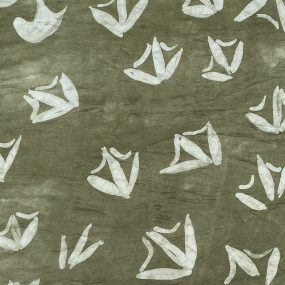 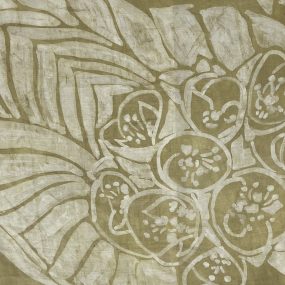 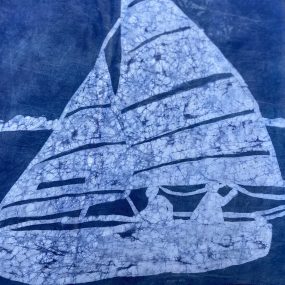 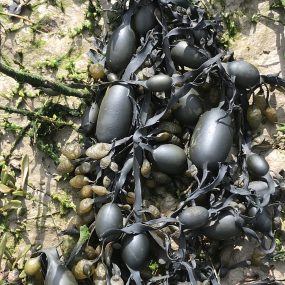 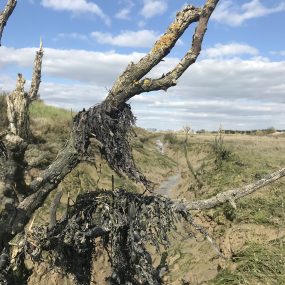