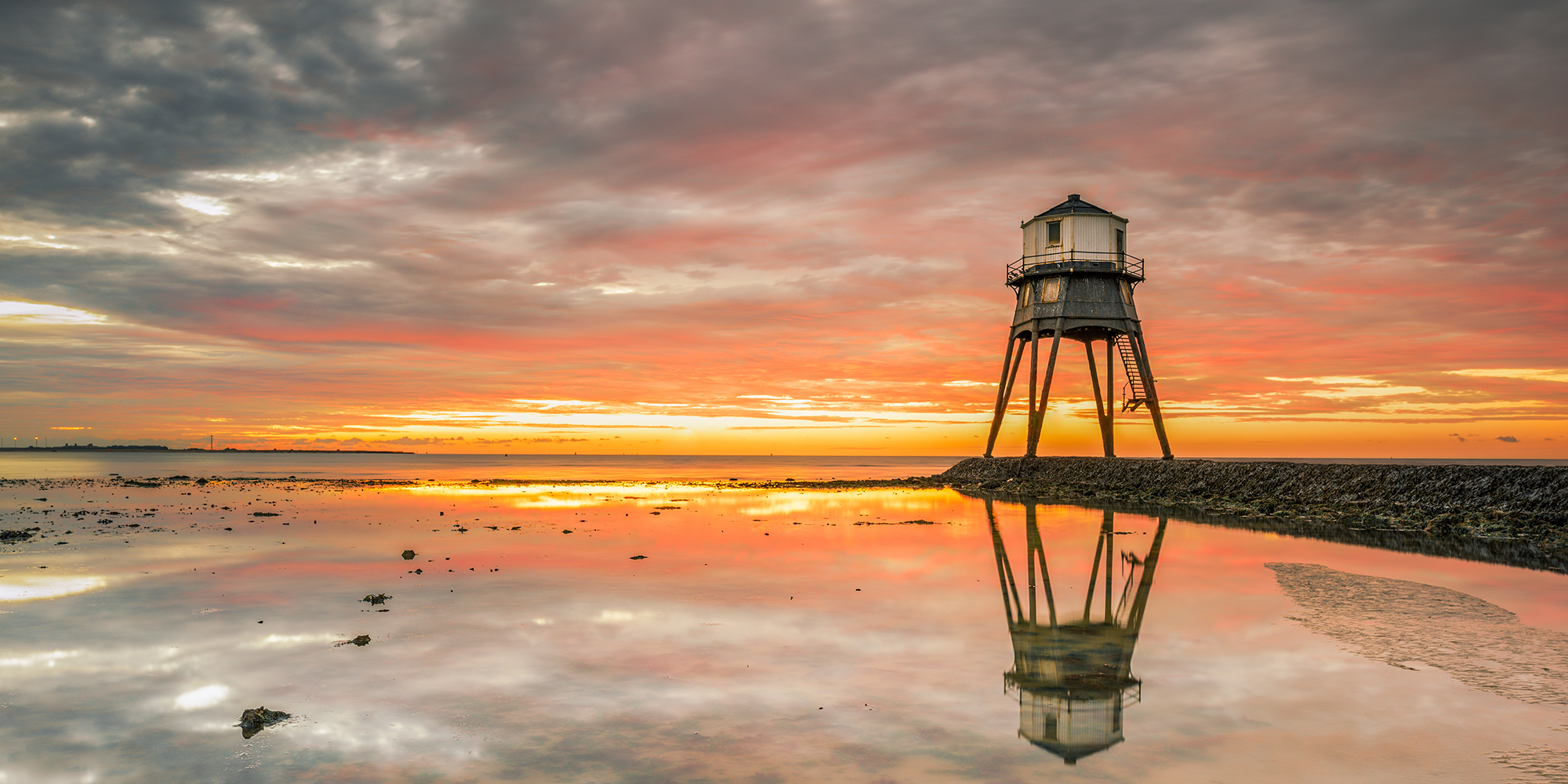 We have had a day off. The only day off in the 35 that will take us to Tilbury. But as we start out from the Ha’penny Pier in Harwich, I’m immediately aware that the day off has done me no good whatsoever. I’ve gone to seed. I’ve grown hefty on junk food. The easy life has swamped me, and today is a long one. This is worrying as John is looking like a man reborn. He’s striding out energetically. Ali too. If this was a stage of the Tour de France, my team would be anxious. They would send what is called domestiques, team members whose sole purpose is to help their leader, back down the peloton to encourage me. I have no domestiques. There is only Marion who hands me cherries from her garden.

At the Electric Cinema, Laura who works there and is walking with us, tells how it was one of the first cinemas in Britain and one of a select number that are still working, or it will be when the refurbishment is finished. The first ever film shown, in 1911, was called The Battle of Trafalgar and Nelson which was probably a good choice for a town inextricably linked with seagoing. In those days films were on nitrate film that was so flammably dangerous that the projection room had to be separate and the Electric had a crane to winch the reels up to the operator’s cubicle. One moment of inattention on the part of the projectionist and the whole place could explode. It must have added a frisson of excitement to a night out.

After the statue of Queen Victoria (still upright), we reach a holiday park of caravans to our right and stop. Marion is going to tell us why this mile of our 500 means a lot to her. In the 1920s her family were in Germany. Her great aunt ran a school that had slowly, under increasing pressure from the Nazis, become a Jewish school. In 1933 the Nazis decreed that Jewish children could no longer take exams and Great Aunt Annie began a series of ‘school trips’. On each outing a group of children were taken to England and did not return. When things got really bad in 1938, Great Aunt Annie and her friends began bringing children across to be settled in a camp at Harwich, the site right in front of us. Most of the parents of these children later died in the Holocaust. “Great Aunt Annie used to say how the people of Harwich would help out. Dunlop donated hundreds of hot water bottles and teams of people would make sure the children had one at night in winter. The huts were very cold and damp. This was where it was and Annie would bring me here to tell me the story. She always said we should remember what happened.”

One of our fellow walkers, pipes up, “That was where I had my first Saturday job! Those huts were horrible.” After WWII, the camp for kindertransport kids had become a holiday park and later a location for the filming of the television series Hi-de-Hi!. Thankfully it was demolished a few years ago, as the authorities were afraid of a Hi-de-Hi! revival.

After this sobering story we walk on along the sea wall in thoughtful silence. There are orange butterflies on the sea lavender and thistles. The concrete wall is about three feet tall, but covered in signs reminding us that is dangerous. We are forced to leave the sea and head inland because there is an explosives factory on Bramble Island ahead. It’s owned and run by a business called EPC whose dedication to safety means that no footpaths can go anywhere near their factory. Their website shows pictures of racked bombs. A little further on we come to Beaumont Quay where, in Victorian times, horse muck from London was landed from barges. The landing stage itself was built of stone from the version of London Bridge that was demolished in 1831. In a tiny hamlet down the path is a plaque on a cottage to William Gull, physician to Queen Victoria and latterly a suspect of being Jack the Ripper. Eduardo Paolozzi the sculptor also lived here for a while. The only noise is the clack of oystercatchers; the jetty is broken; a wooden boat rots in the salt marsh.

I fall into step with the lady who had cleaned those holiday cabins. She now works at Home Start Harwich and tells me how London boroughs buy flats in the town, then send families here to begin a new life. One man arrived on the train with two small children and two plastic bags of possessions. Nothing else. Most of these immigrants know nobody in the town, and have no support at all. Some, like that man on the train, manage to cope and prosper, some are still needing support seven or eight years later. Women who have escaped from abusive environments find it difficult to forget and small setbacks can seem insurmountable, plus there is always the fear of being followed by their abuser. It sounds like kindertransport for the modern age. At least Harwich has stepped up with assistance, then and now.

The sea wall goes on and on. John stretches out an impressive lead. For a man who was in A&E only a few days ago, he is showing incredible form. I can’t help wondering what the doctors slipped him. Remember seven-time winner of the Tour de France Lance Armstrong? As the miles roll by and I fall further behind. My feet hurt. Black dots dance in front of my eyes. I see John and Ali on the Oprah Winfrey show, tearfully admitting to ingesting helpful substances. With a mile to go, I spot a shop but Marion and Laura won’t be drawn to an ice cream break. “It will ruin the one at the finish.” I grit my teeth and soldier on to the Central Ice Cream parlour in Walton where I buy a large, performance-enhancing cone, with flake. 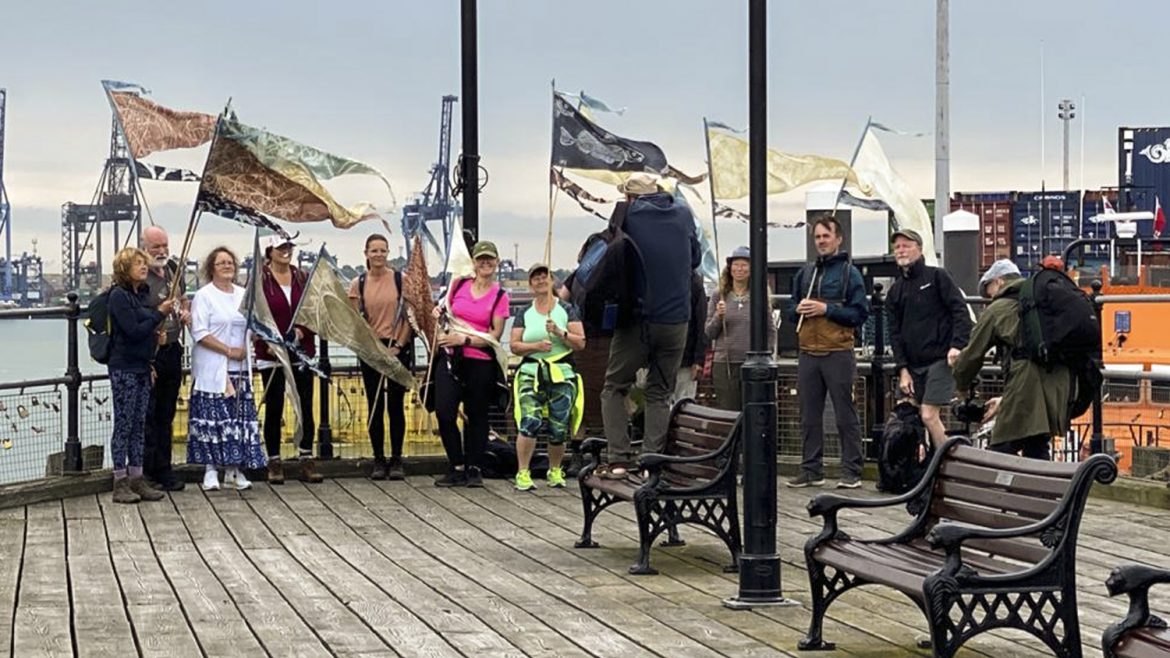 Posing for the cameras in Harwich 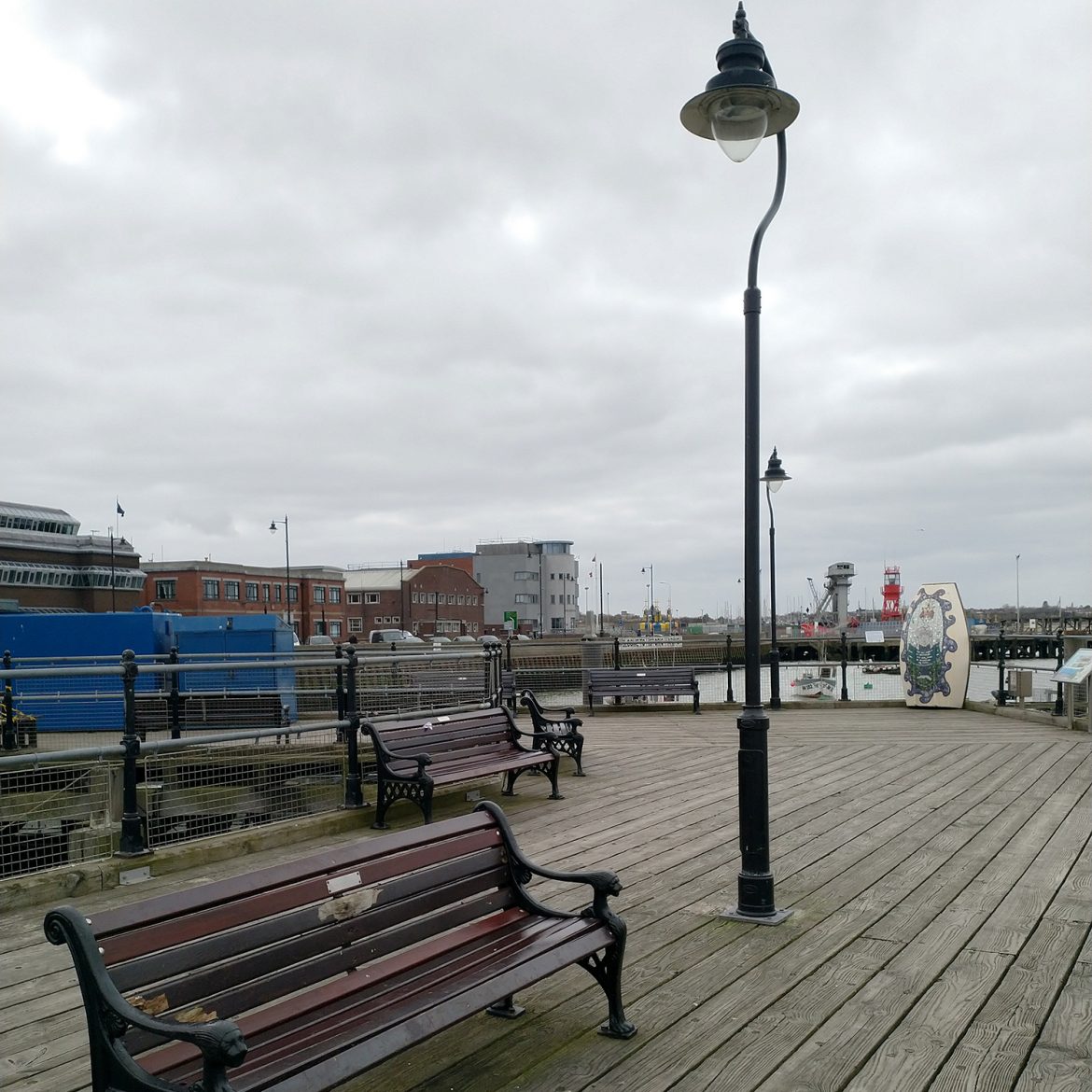 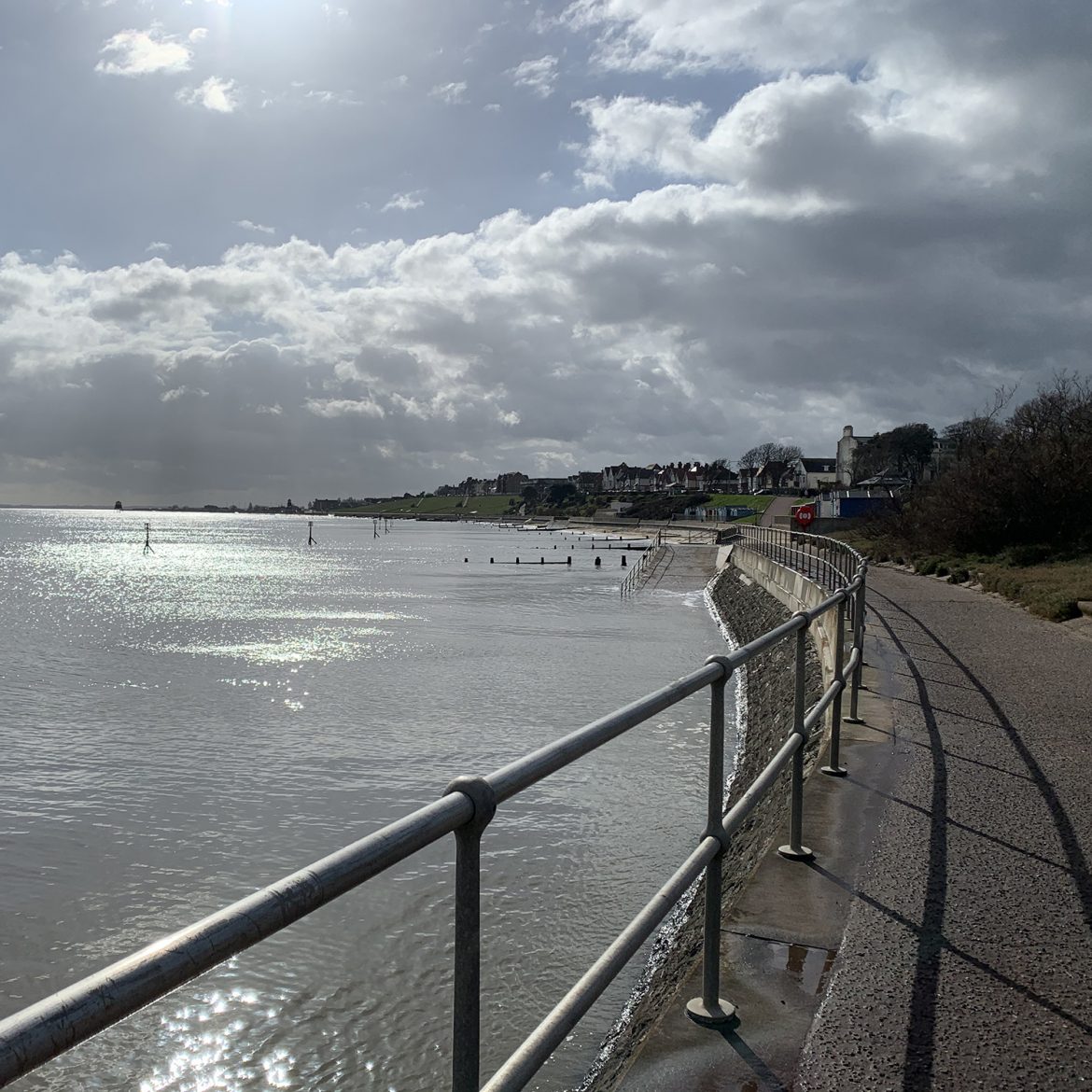 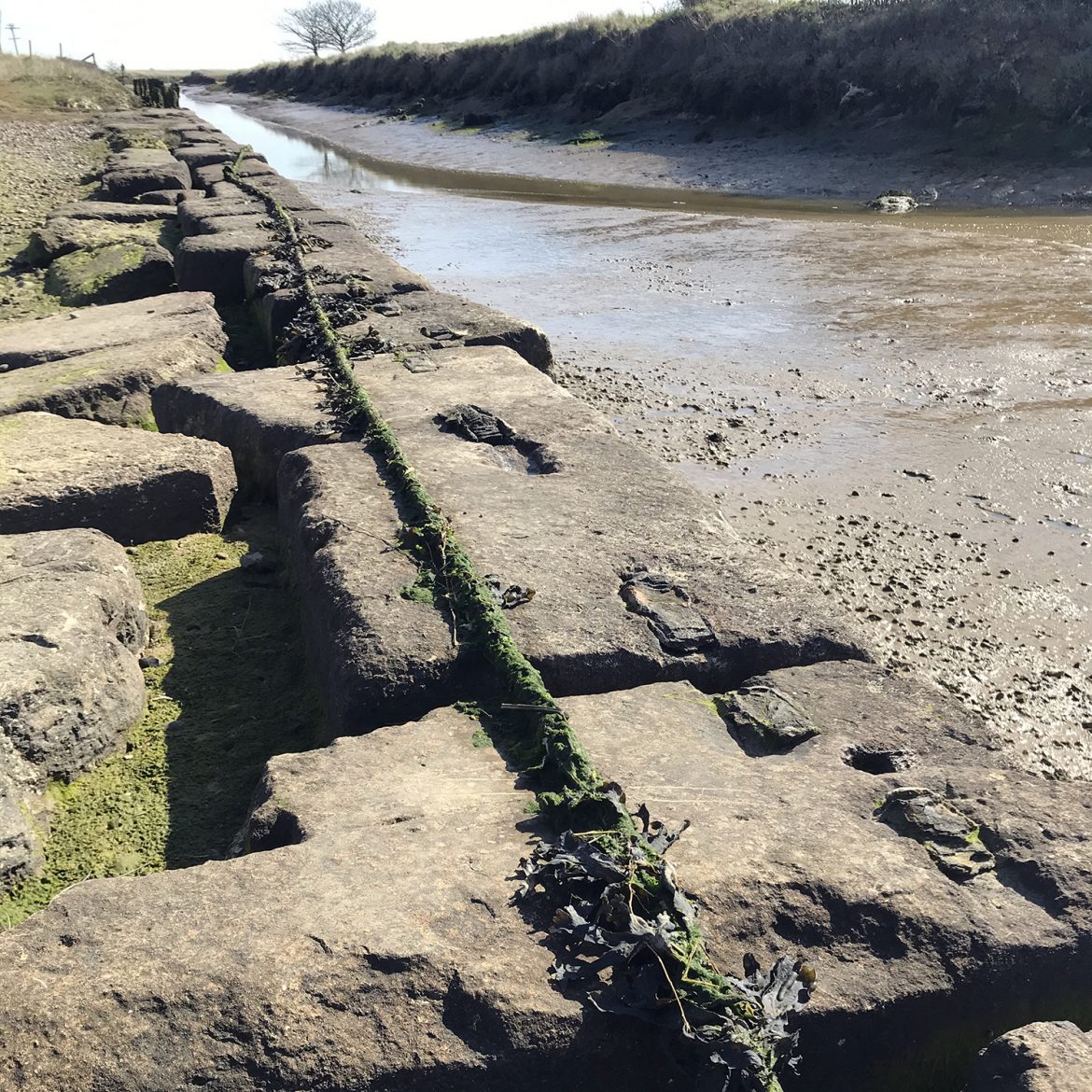 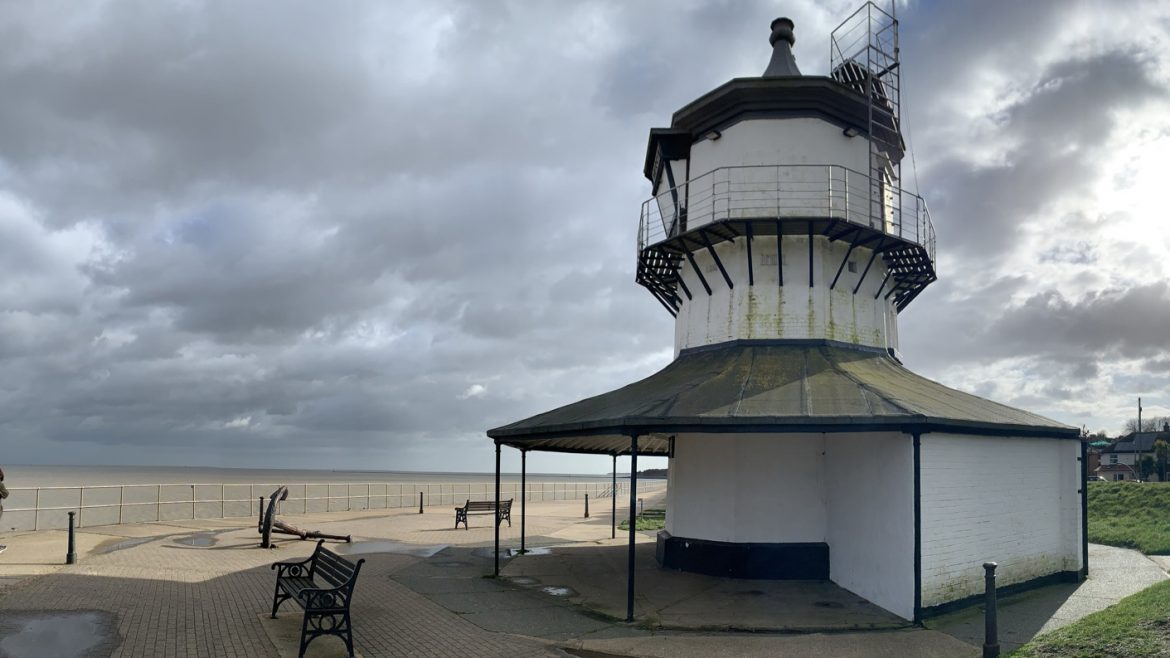 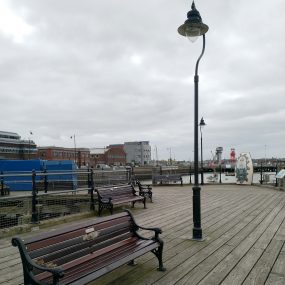 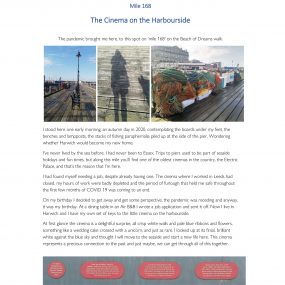 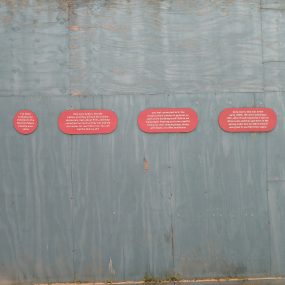 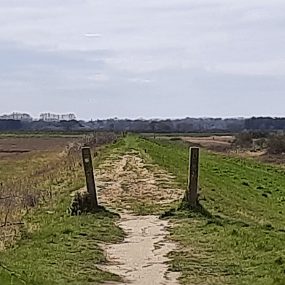 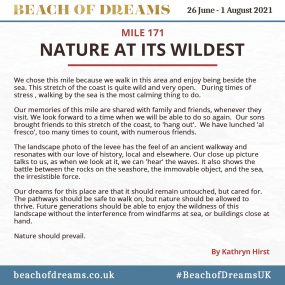 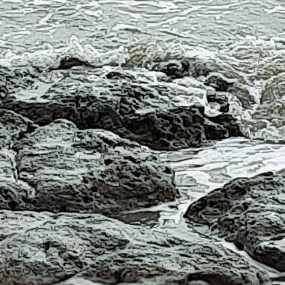 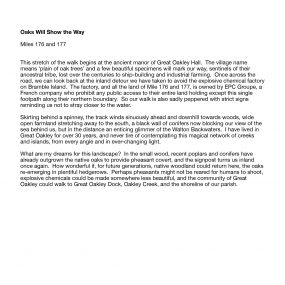 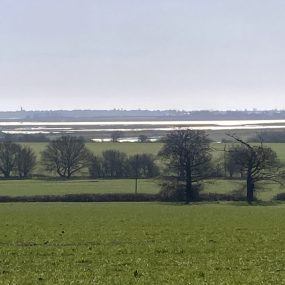 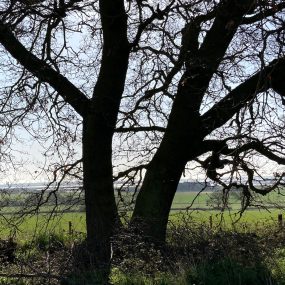 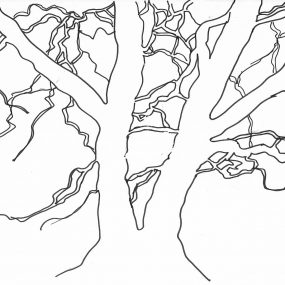 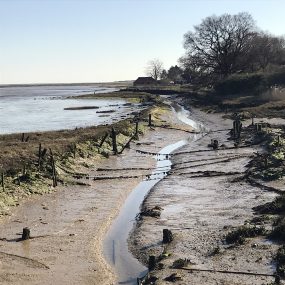 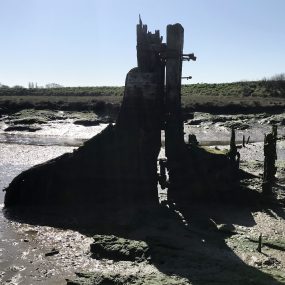 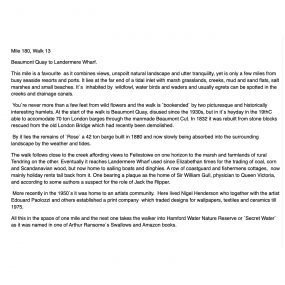 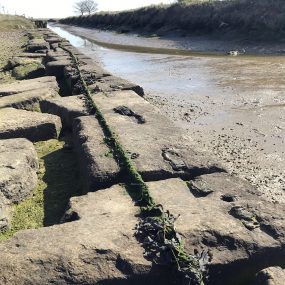 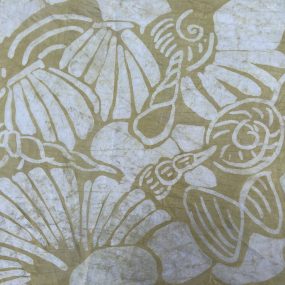 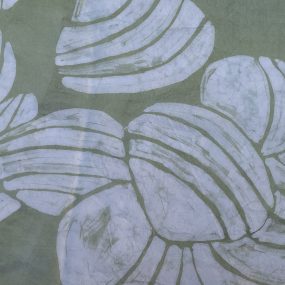