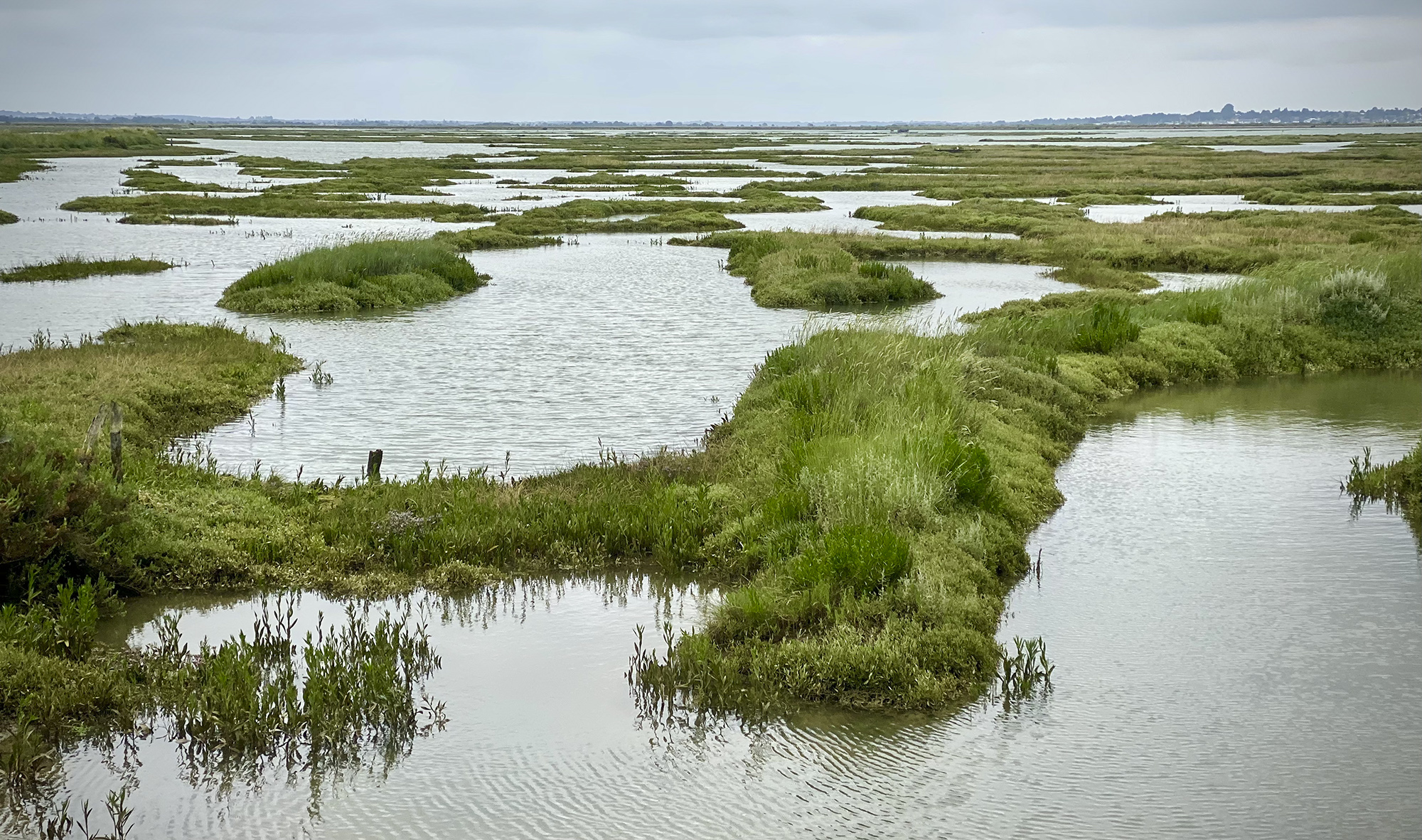 The day starts with sunshine and a long quiet walk around the vast Abberton Reservoir on a broad grassy path. Damselflies rise from the wet grass like slivers of blue sky and clouds of butterflies dance ahead of us. The trees are heavy with wild plums and crab apples. In Europe reservoirs like this have beaches and campsites, but here fences keep you away from the shoreline and there is sign from Essex & Suffolk Water warning that “Cold Water Kills”.  This contradicts what I was told as child, that cold water never hurt anyone. In the shallows by the dam wall, empty cans of soft drinks bob in the shallows.

After a short section on a road, we turn and follow a field edge, pushing through the head-high weeds next to ripening wheat. There is not much sign of previous footpath users. My shoes fill with seeds that worm their way through socks and prick your feet. At the end of this we reach a farm where the farmer shouts at us for not following the path, the one he has done so little to keep clear. But then we enter the village of Salcott and there is a welcoming committee of cheerful locals who have put the kettle on. They grill us on which farmer had shouted. “Was it the fat one, or thin?” “Old or young?” Names are mentioned and nods exchanged.

John has been here for over 30 years. “The school closed in 1938 after the schoolmistress hanged herself. Then the pub and shop went. There was a post office in someone’s front room for a while, but that closed down too.” Now there is only a church and a village hall for around 230 people. Everyone has to drive to Tesco. With most points of possible contact removed, John had gone from knowing most people in the community to only a few. It’s a tale of rural decline and change that has happened all over England. The pandemic did lead to a few improvements. A Facebook page was begun and residents started walking more and getting to know each other again. No one got sick.

While local John talks, our fellow walker John pops a blister and rubs his feet. We are 254 miles beyond the reach of social niceties. I take my shoes and socks off to attempt a seed removal exercise. One lady recoils in horror. I don’t blame her, but I carry on.

With tea finished we set off and get on the sea wall, curling our way out to a shingle beach where little terns are nesting. I let the group forge ahead and lie down in the grass, listening to the wind sigh through the grasses and the forlorn cries of birds. Across a narrow strait of water is Mersea Island beach which we passed along some months ago. No, hang on… I have to think. It was precisely 48 hours.

Farther along I stop and watch tern chicks taking food from their parents. The tactic is for the young birds to wait in the long grass, then rush out to grab their dinner before scuttling back into cover. Three crows sit on a nearby fence, ever-watchful.

Our way leads us back towards the village of Tollesbury, but before we get there, John points out a red brick building standing near the water. “That was the Crooked Billet pub, later the Ship Ahoy, and reputedly a smugglers haunt. One story is that a boat was found out here in the sea with six dead customs men inside, their throats slit.” He gives a wry grin. “But every village has a similar tale.”

The pub closed in 1917 and became a shooting lodge. It was normal to kill 300 ducks in a morning and the local doctor recorded one particularly good outing when he bagged a bittern. In 1984 the carnage ended: the RSPB bought it and started returning the land to brackish marsh. As we walk on we see a strange waterscape of grassy fingers and knolls surrounded by the high tide. Ali spots a hare swimming between two islands. There are over 240 species of bird recorded here and several rare plants. Even on what has become a grey and blustery afternoon, it has a deep wild charm, something that no doubt drew the film location scouts for the 2011 adaptation of Great Expectations. It was here that Magwitch, played by Ray Winstone, comes lurching from the water amidst the dead trunks of drowned trees. John, our soundman, wants a remake for the cameras, but there are no takers. 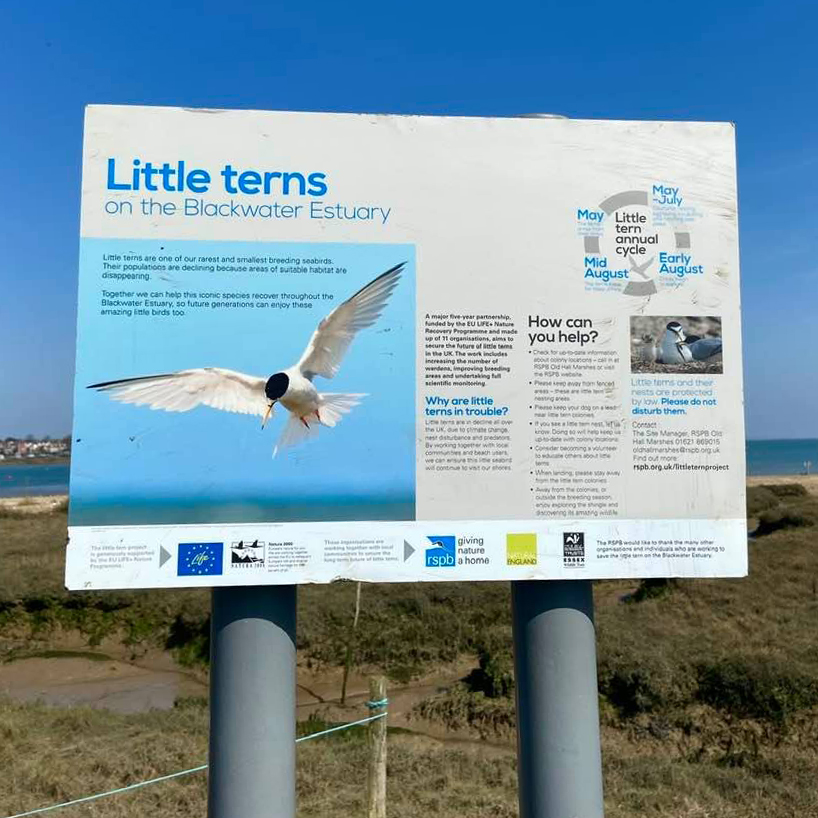 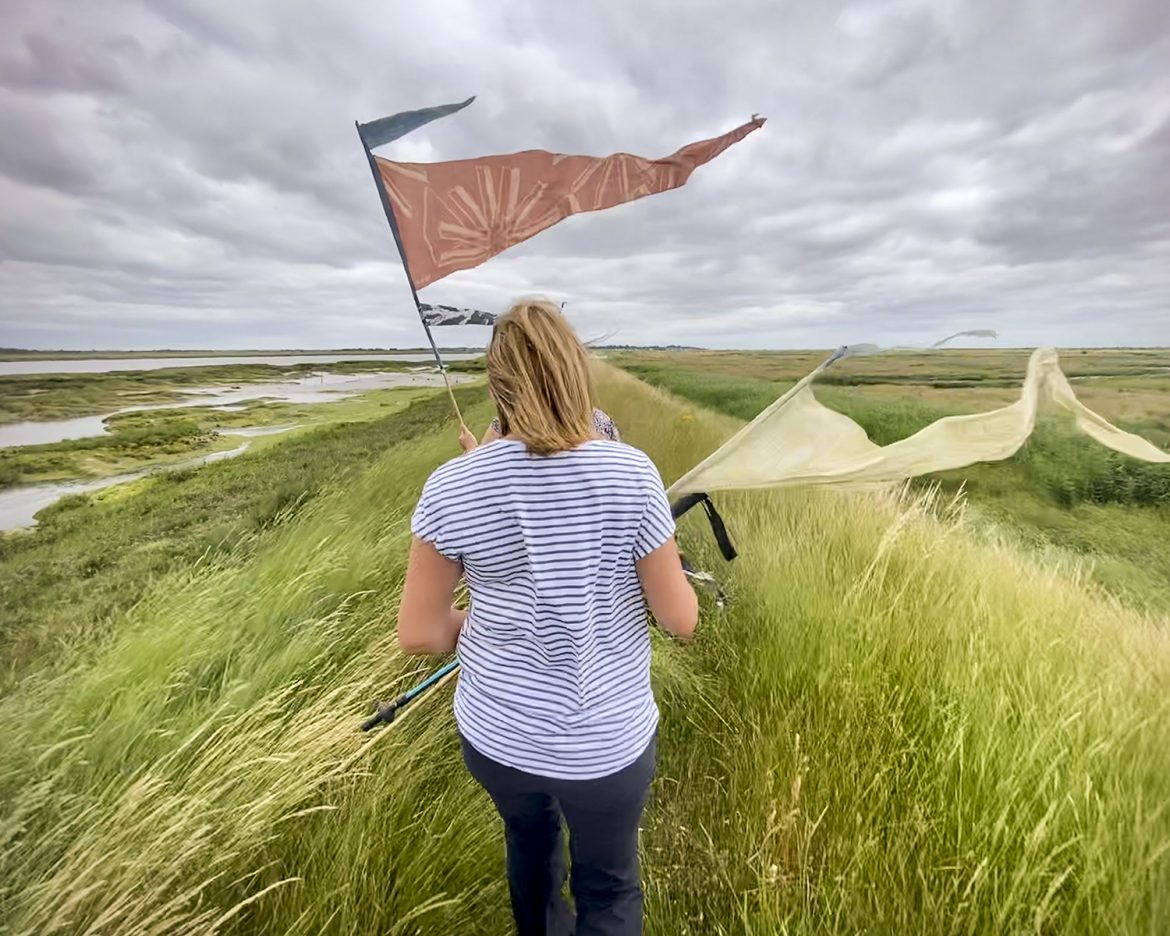 On the sea wall around Old Hall Marshes 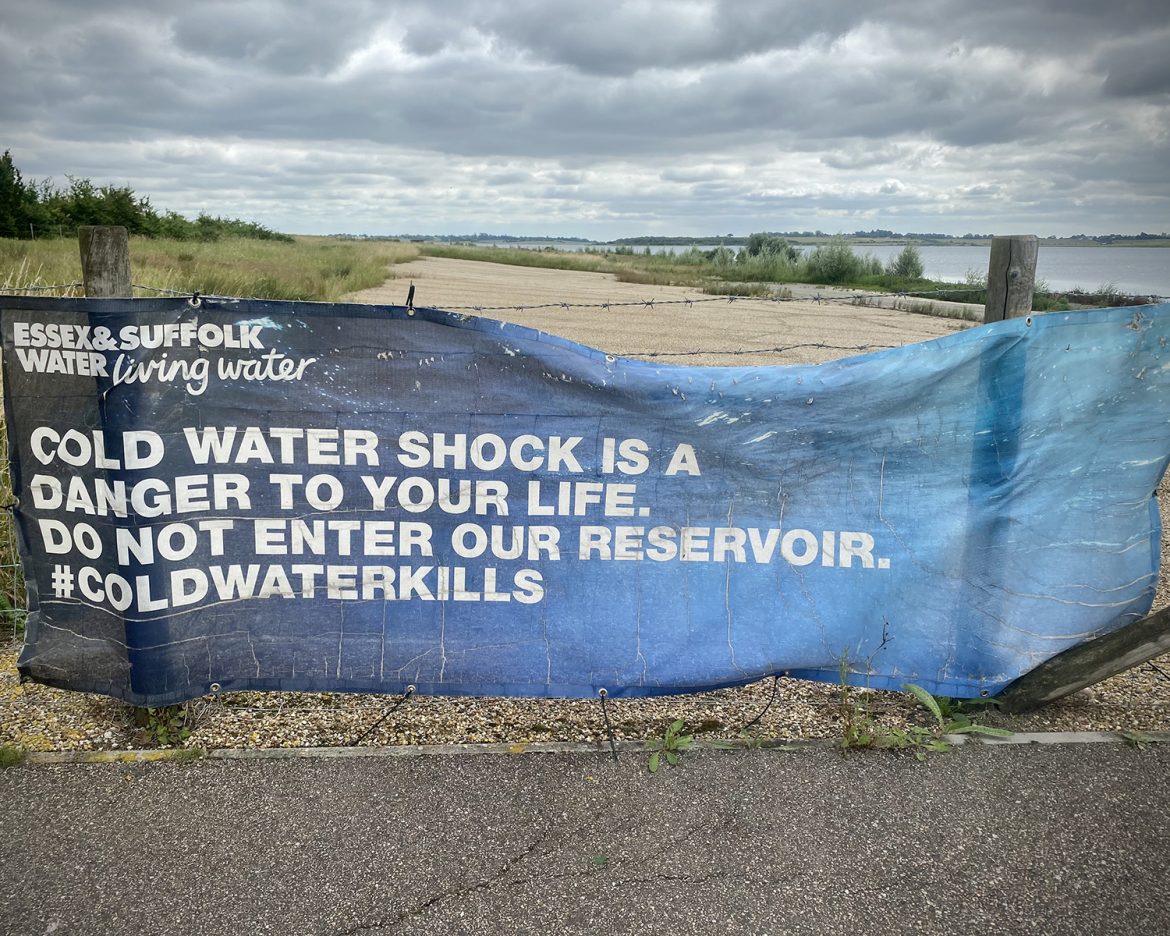 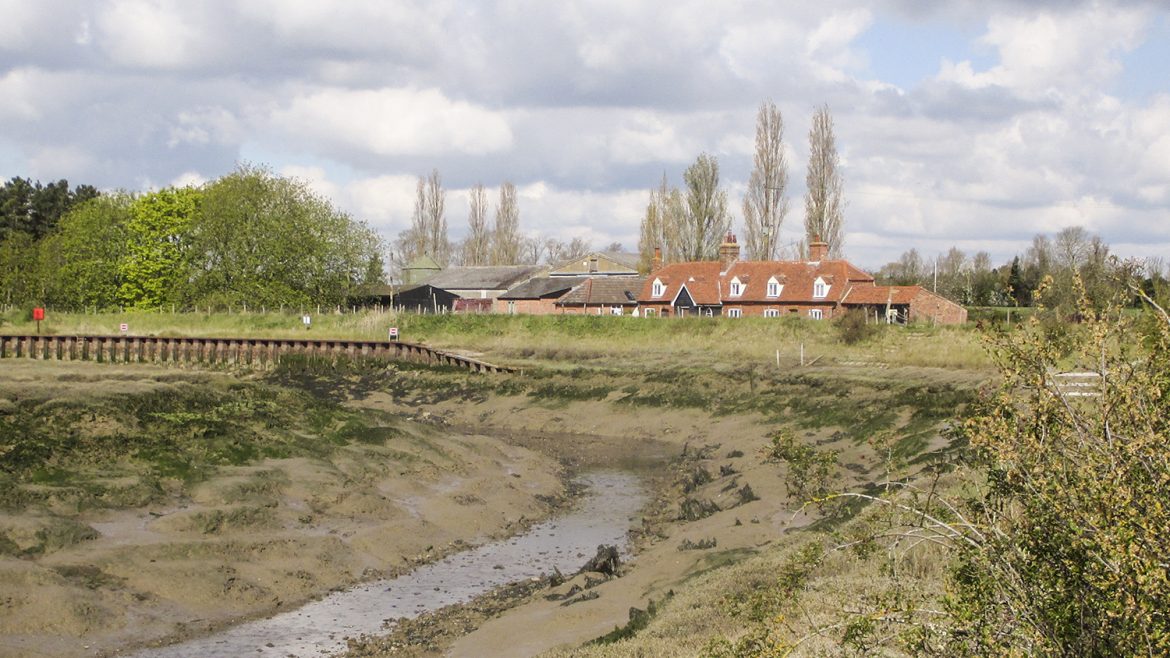 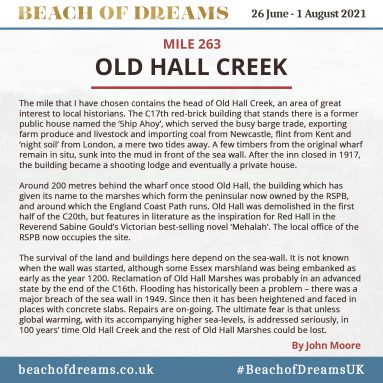 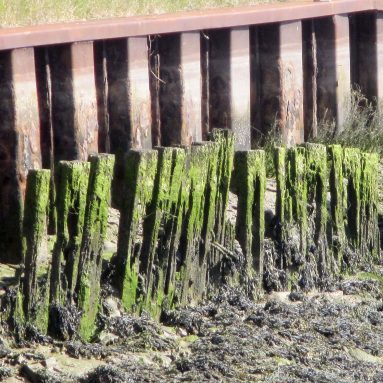 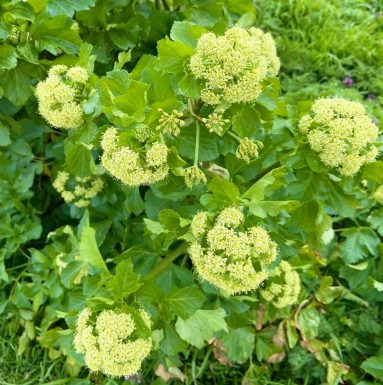