The last day’s march is something of a procession: five miles through Tilbury to the fort where Queen Elizabeth I gave her famous speech and, as one fellow walker whispers in my ear, “They made that film Portaloo.”

If you don’t know Tilbury, it’s a town that gets dismissed in some circles with the shorthand description, ‘deprived’. A quick drive-through would probably confirm the diagnosis. Famously there are no pubs: fighting and arson deterred every landlord and brewery that ever tried, but there are horses everywhere and rumours that people bring them in for Christmas dinner – even up to their flats in the lifts.

Walking around with Les, a former docker, and other local people soon changes perceptions. “At the height of the skinhead thing, in the early 70s,” says Les, “The Sun newspaper declared the Ship Hotel the hardest pub in Britain.” He laughs. “It wasn’t. But every thug from London came down for a fight. That’s why it closed down.”

Every street corner holds a story for Les. “On Sundays the clubs would pay for all the kids to go on a day trip. There’d be 25 or 30 coaches heading off to the seaside. Then when they came back, the local band would play them in, an’ us kids would be hanging out the windows cheering.”

Outside the old Seamen’s Mission, Jane recalls dance nights when the Catholic priest would gather up local girls and drive them over with sailors from all over the world. Many romances were kindled. Jane married a man who lived opposite the Mission, in a semi-detached council house, and had family living next door. Sadly an elderly relative died there a year ago and she and her sister haven’t been past the house since. They are understandably nervous. The thought of seeing it derelict and abandoned is too horrible.

When we get there, however, there’s a new young family moving in and there’s an outbreak of laughter. Relief really. “I know her mum,” says Jane. Her sister, chatting over the fence, has already made friends with the new people. “I’ll pop over next week,” she says. “It’s a lovely house.”

The young woman is happy. “I can’t believe the cupboard space. Come over for a cuppa whenever you like.”

The sense of community is strong here. People volunteer. The streets are clean. Kids play out on bikes. But there are signs of greater forces at play. The recreation ground where Les once played football as a boy is ear-marked for development. There are new phone masts and fibre optic boxes all over, and there are huge warehouses, Amazon included, looking like huge bloated leeches, sucking on the withered town. It doesn’t look like any of the jobs on offer will have the sense of pride and community that Les once enjoyed as a docker in the era before container ships.

Is Les optimistic? “Gotta be, ain’t ya?” He replies. “They said Tilbury could never have a carnival but we got one – thanks to Ali. There’s good stuff happening.”

As we walk away from the houses, some of them gently sinking into the saltmarsh that the town is built on, I chat to Melvin who came from Durban in South Africa 30 years ago. As a black schoolboy during apartheid he had suffered wrongful arrest and brutal beatings from the police, forcing him out of school and into exile in what was then Rhodesia. I ask if he ever suffered any racism here. “I would never allow myself to suffer racism,” he says proudly. It’s the kind of attitude that Tilbury needs.

And then suddenly we are approaching the fort and the 500 miles is about to end. Familiar faces from the past month appear. Elation and relief, in equal measures, grip me. Hobblin’ John Hogweed is grinning ear to ear, and no yelps of pain. Ali can’t stop smiling.

Physically it has been harder than I expected. To get up every day, walk around 15 to 20 miles, write a blog and go to bed does not sound too hard a life. But I started with a foot injury that took three weeks to wear off, by which time a cumulative exhaustion was creeping up. Finding time to stay reasonably clean, in clothes that are not filled with grass seeds, having eaten some food and taken some sleep, takes its toll. But for me, walking all day to find material that will be woven into a narrative that same evening has never been a burden, always a pleasure. I want to thank everyone who I spoke to: the people who shared their stories with me each day. Not all got into the blog, but all were appreciated. That has been the highlight, one that has sent me into the campervan every evening, excitedly looking forward to sitting down in front of my laptop, wondering what will appear on the page.

There have been low days: soaking wet and shivering, cursing an English summer that seems to have thrown four seasons at us, sometimes all within 24 hours. But I don’t think I’ll remember those moments: instead, what will stick in the mind, is the pleasure of stretching your legs on long grassy paths by the sea, the crunch of shingle and the sounds of birds. And people have helped us with practical measures: dinners that appeared, lunchtime treats, and cups of tea. For those who moved my campervan, with its cargo of wet socks, I send a particular thanks. Driving so many miles with a clothes peg on your nose is not easy.

So thank you, people of Suffolk and Essex. And thank you too, Ali, Mike and Hobblin’ John, my companions on this epic odyssey. I’m still unsure as to why we did this. In the words of the model boatmen of Brightlingsea, called on to explain their crazy time-consuming obsession, all I can say is, “It’s summin’ to do, innit? At the end of the day.”

Explore the whole journey on the Storymap

Learn about the natural dyes used for the pennants 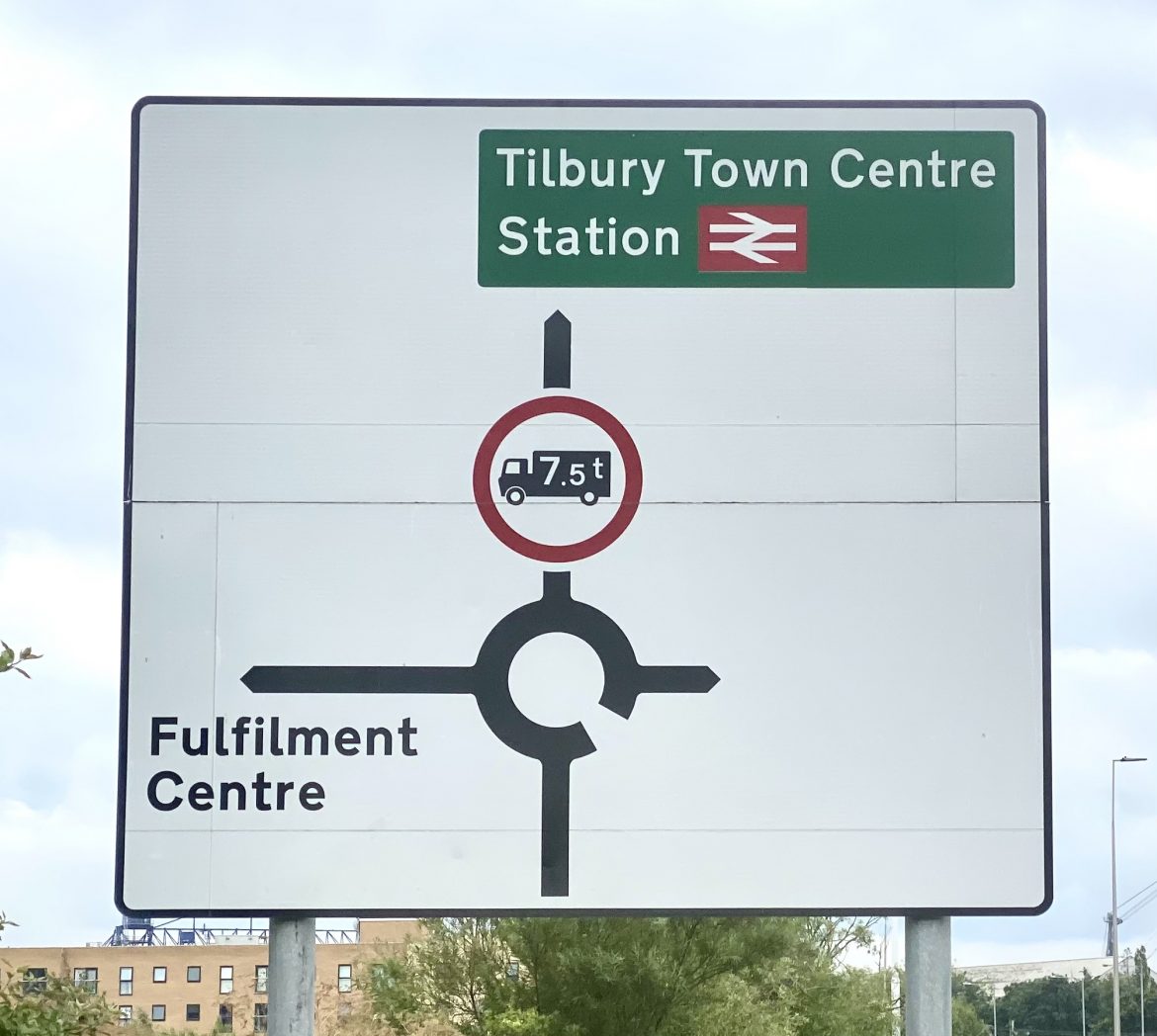 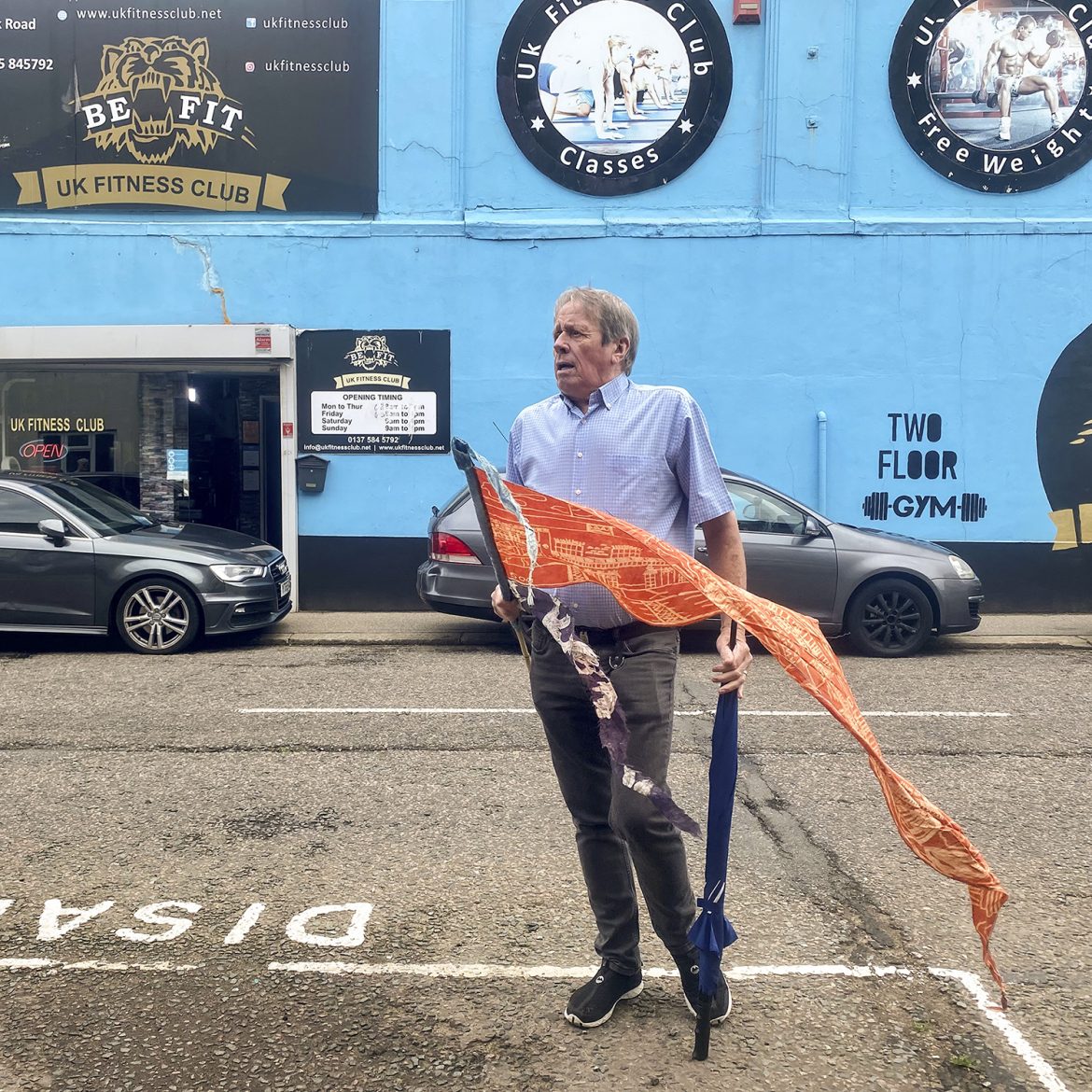 Les on the tour of Tilbury 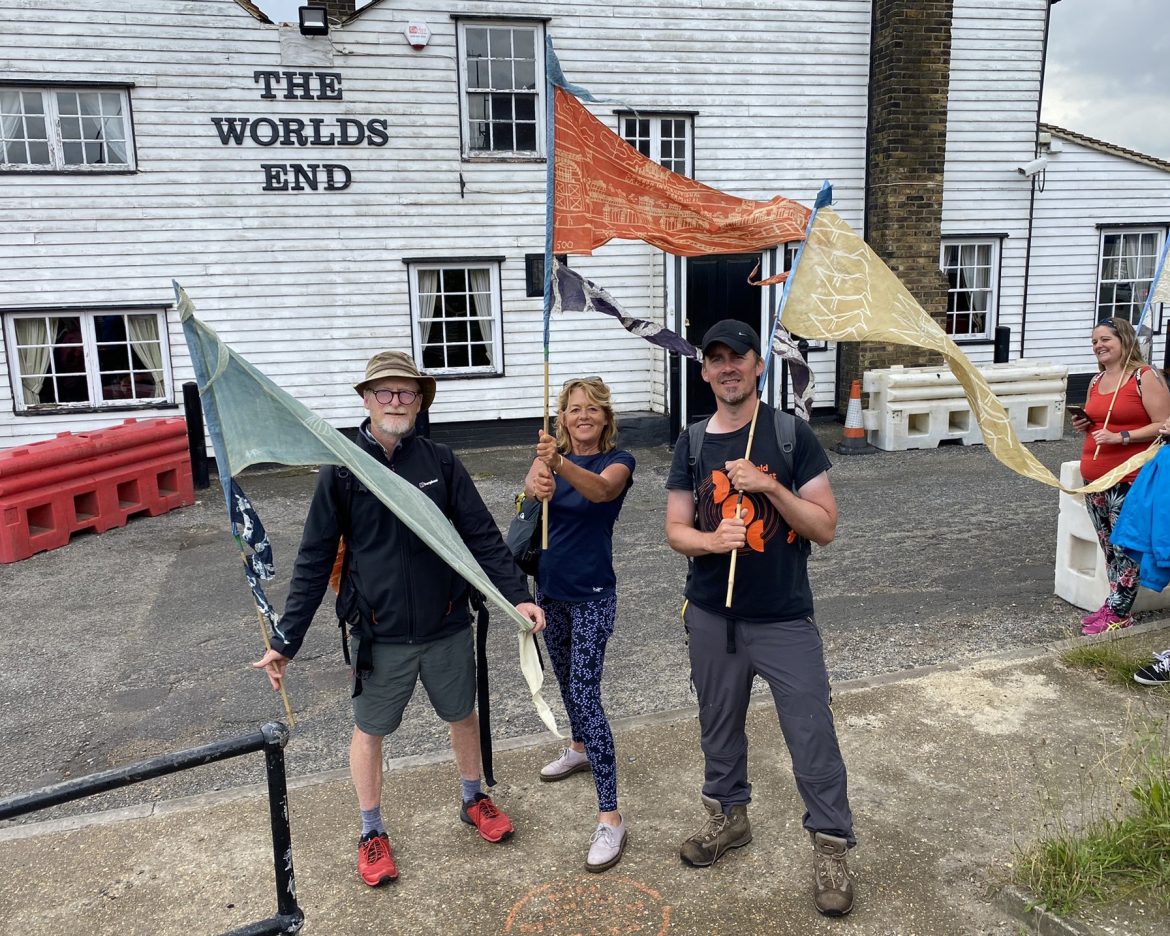 At the Worlds End Tilbury 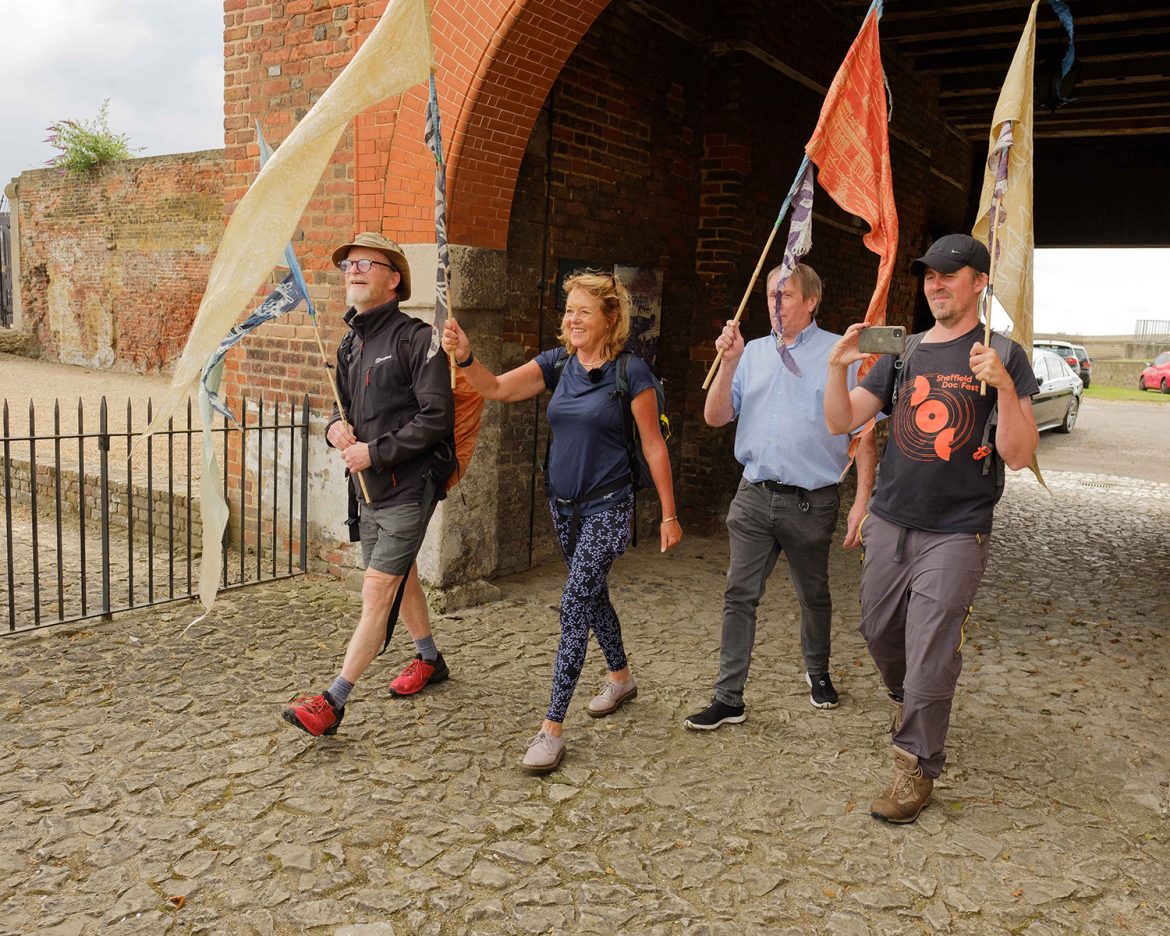 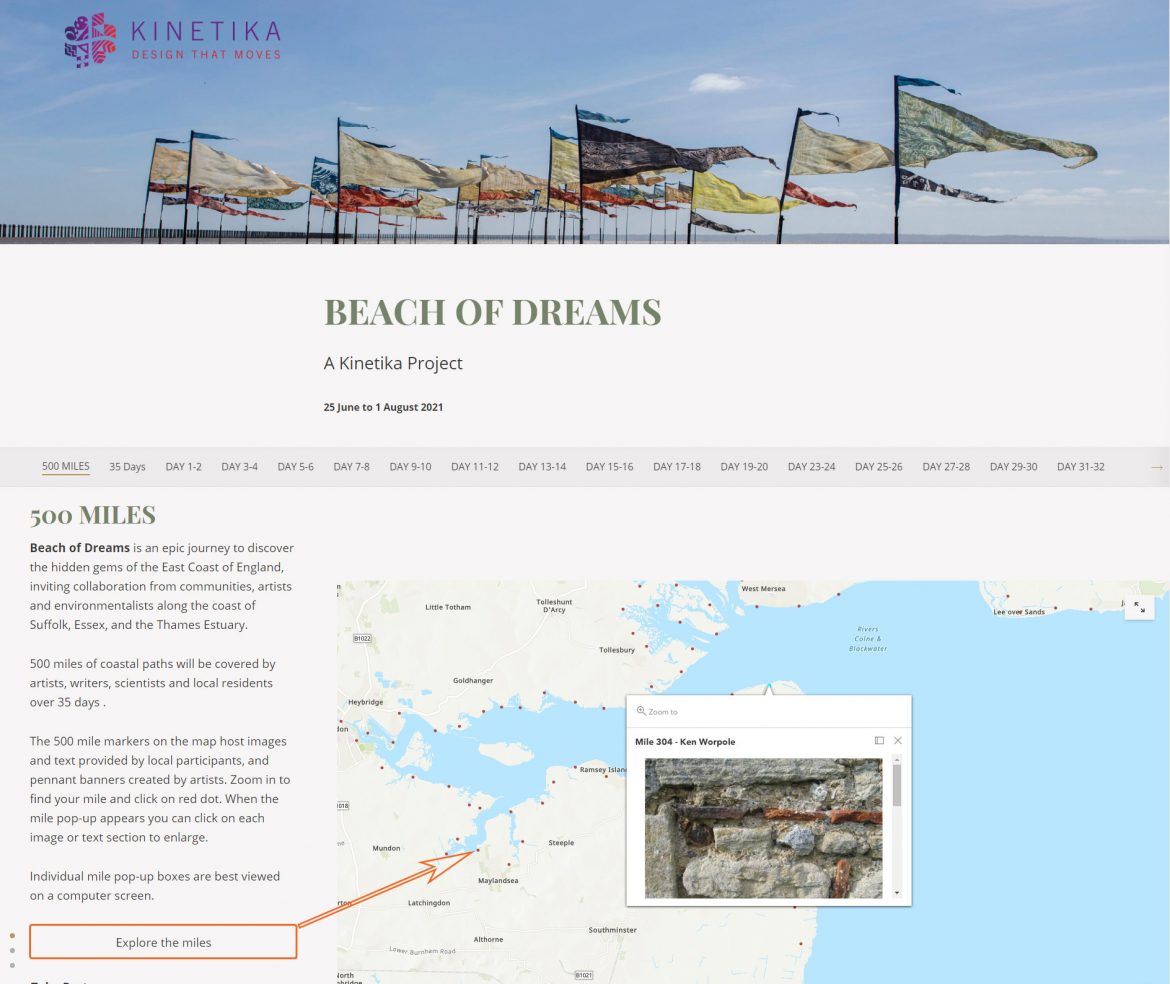 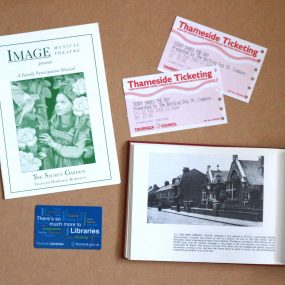 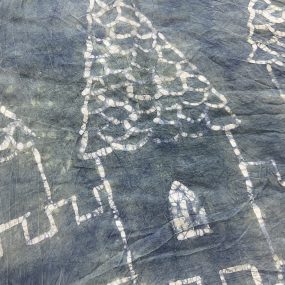 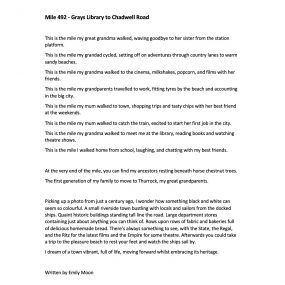 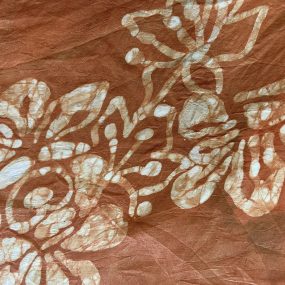 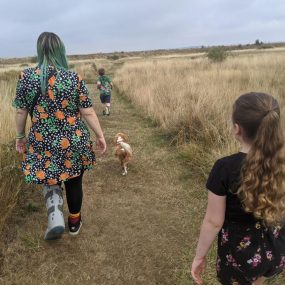 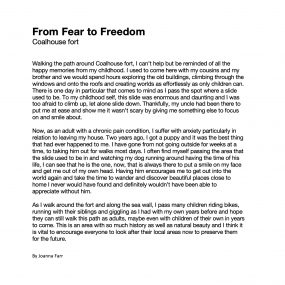 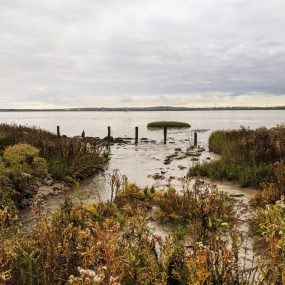 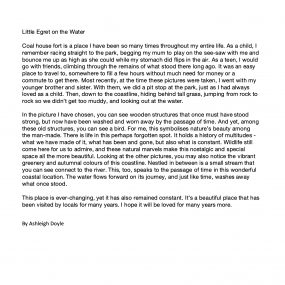 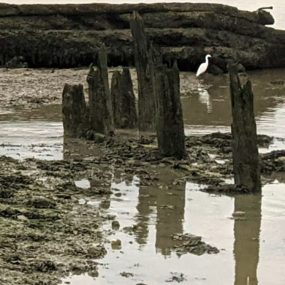 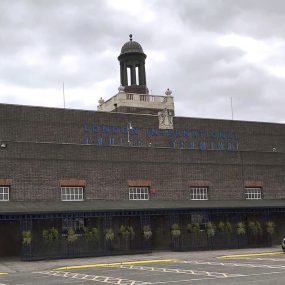 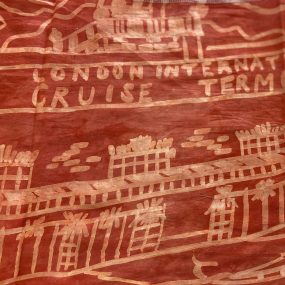