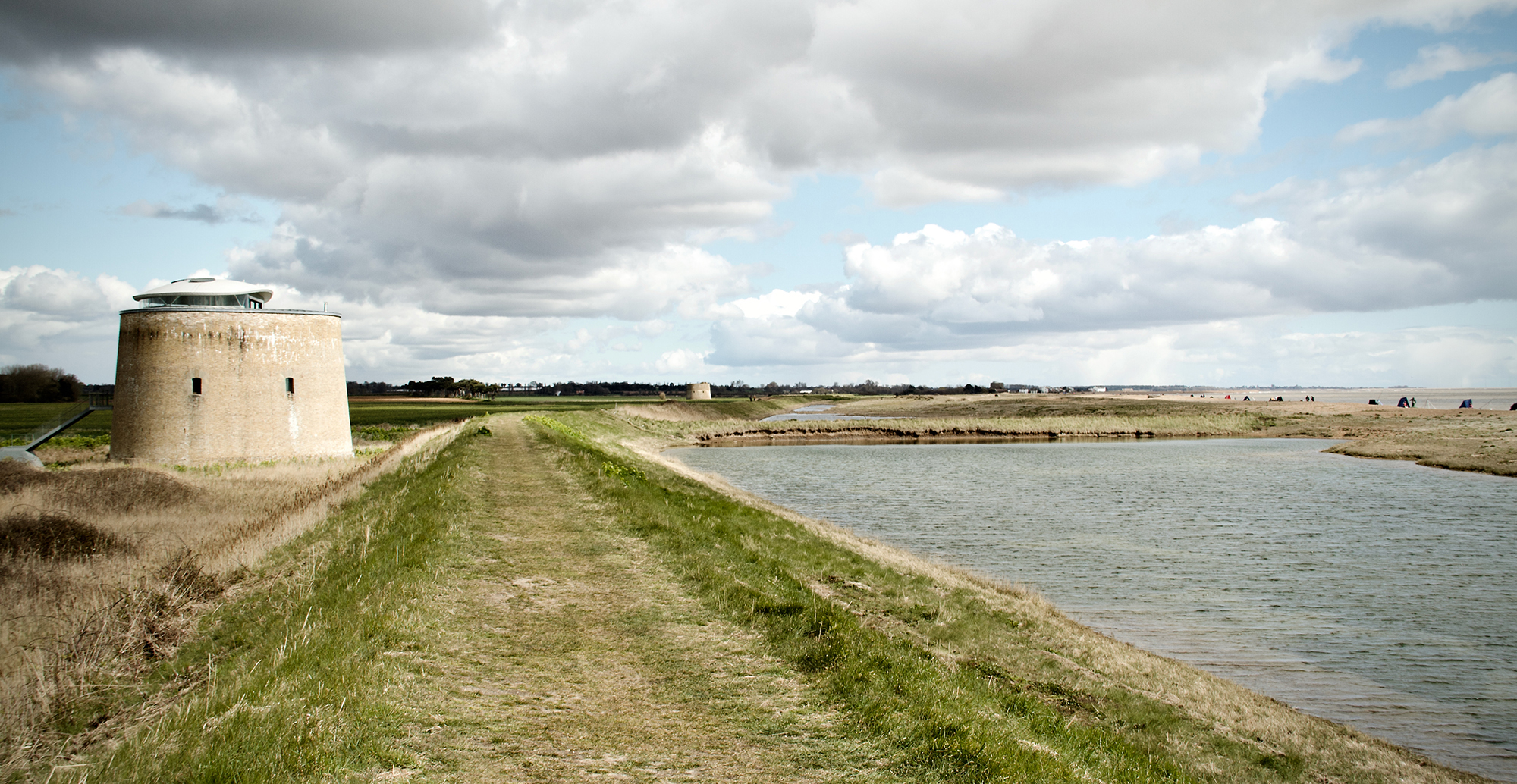 Some days there is something in the air. In Borneo, when the hunters set out and see a snake eagle in their path, they turn back. They know the day will be a washout and best spent lying in a hammock. The Mayans would perform a human sacrifice. In Butley, where we are staying, the worst and most malevolent portent is when the village hall toilet key goes missing.  An omen. We search, fruitlessly, then head off. The walk starts at Sutton Hoo at seven in the morning, the best time to see this place.

We take the public footpath around the site, eventually rising up a grassy slope, behind which is the silver glow of the River Deben. At the top are a series of mounds where a 7th century Anglo-Saxon king was buried inside his ship along with a haul of fabulous golden treasure. This unique national treasure is now protected on three sides by a pig farm. The pigs take their work seriously, swelling forwards en masse whenever anyone approaches, like warriors of old. There is something Homeric about the whole scene, and also a bit whiffy.

Just beyond Sutton Hoo, Ali decides to press ahead alone, leaving myself and John, our sound and media man, to amble on a bit slower. We are both waiting for full fitness to kick in, which I am sure it will, soon. In the forests of Capel St Andrew we take a wrong turn and come to an abandoned air base, its concrete hangers disappearing beneath the bracken. This mistake is righted, we think, and we reach a clearing where a man in a caravan is selling coffee so we stop. Perhaps he put something in the cappuccino because when we start again, we walk in the wrong direction. I feel fuddled and incapable of reading a map.

Instead of catching up with Ali we meet a woman on horseback who asks if we are lost. Since our next waypoint is a farm called Little Scotland, I ask about it. She points back the way we have come. We ignore this advice.

Forests are extraordinarily easy to get lost inside. Tracks bend imperceptibly left or right and  an hour later you are back where you started. No wonder early humans feared them and quickly chopped them down at the first available opportunity, but John and I eventually find the village we are heading for. Ali is not to be seen. We move on to the coast and suddenly the sky opens out into a vast panorama of salt marsh and mudflat.

We move slowly towards the hamlet of Shingle Street. Something in the forest has stung John’s ankles and they are swelling up. Unfortunately there is an urgency to our walk as we have to get to Bawdsey Quay by 4.45pm for the last ferry across the river.

The village is wonderful: houses of clapboard and tin with a foreground of flowers on shingle: mullein, stonecrop, toadflax and valerian. Perhaps one of them has healing properties? John is going slower and slower. I can hear him yelp with pain occasionally.

At the far end of the village, builders are feverishly throwing up a mansion that looks like a model of the White House in Washington, clearly hoping to finish before the sea tears down the cliff – something it is doing with frightening speed. We go wrong again and find ourselves adrift in fields where dragonflies nip around our heads, edging us towards false paths.

After 18 miles of walking we come to the river in time for the ferry. The boatman does not speak. The Stygian gloom of the day is matched by the surging grey tide in the river that is sucking greedily at the anchored yachts. As we land I look up, half-hoping to see a sign, an omen. And there it is, in bold white letters on blue clapboard: Winkles Fish and Chips. Like the hunters of Borneo we must obey 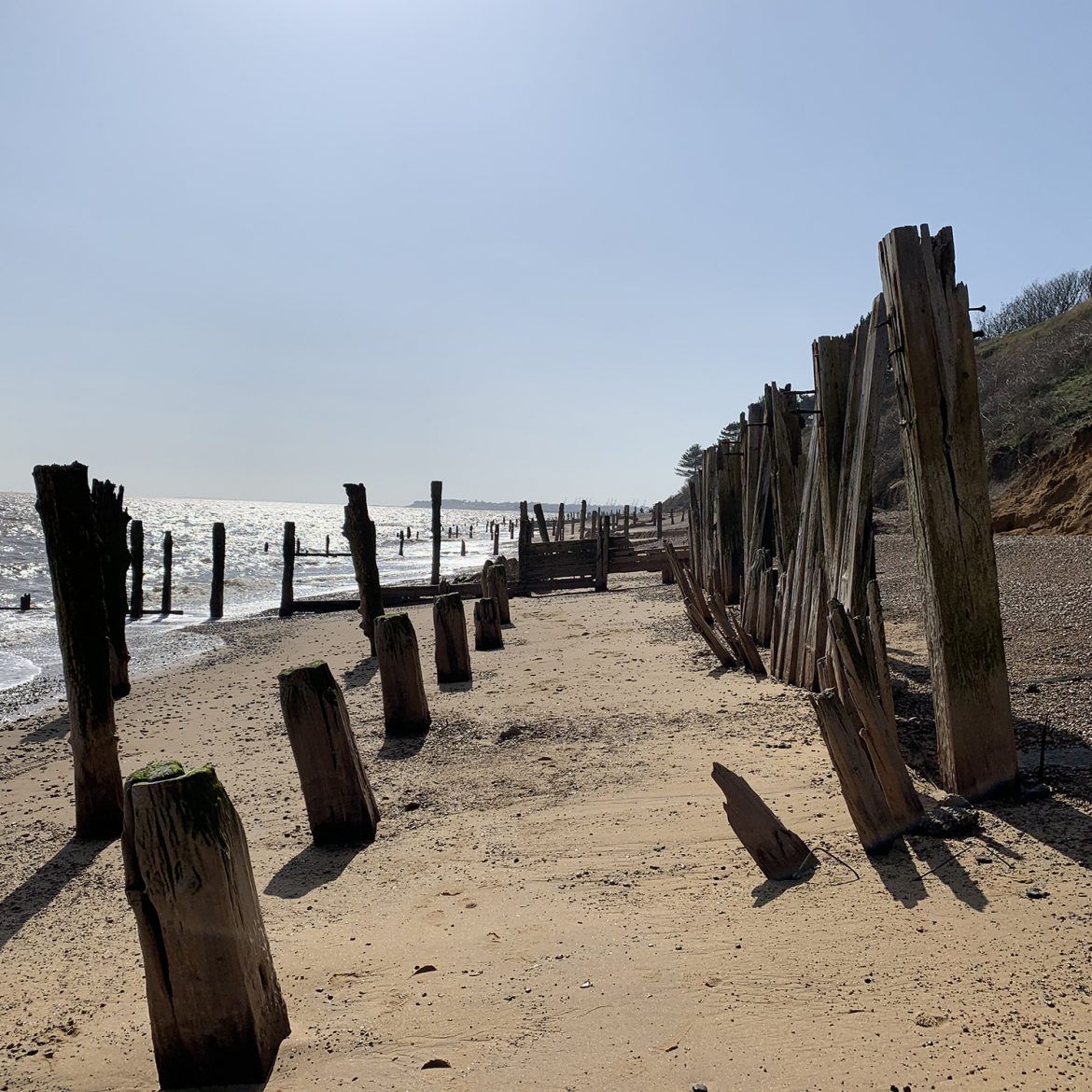 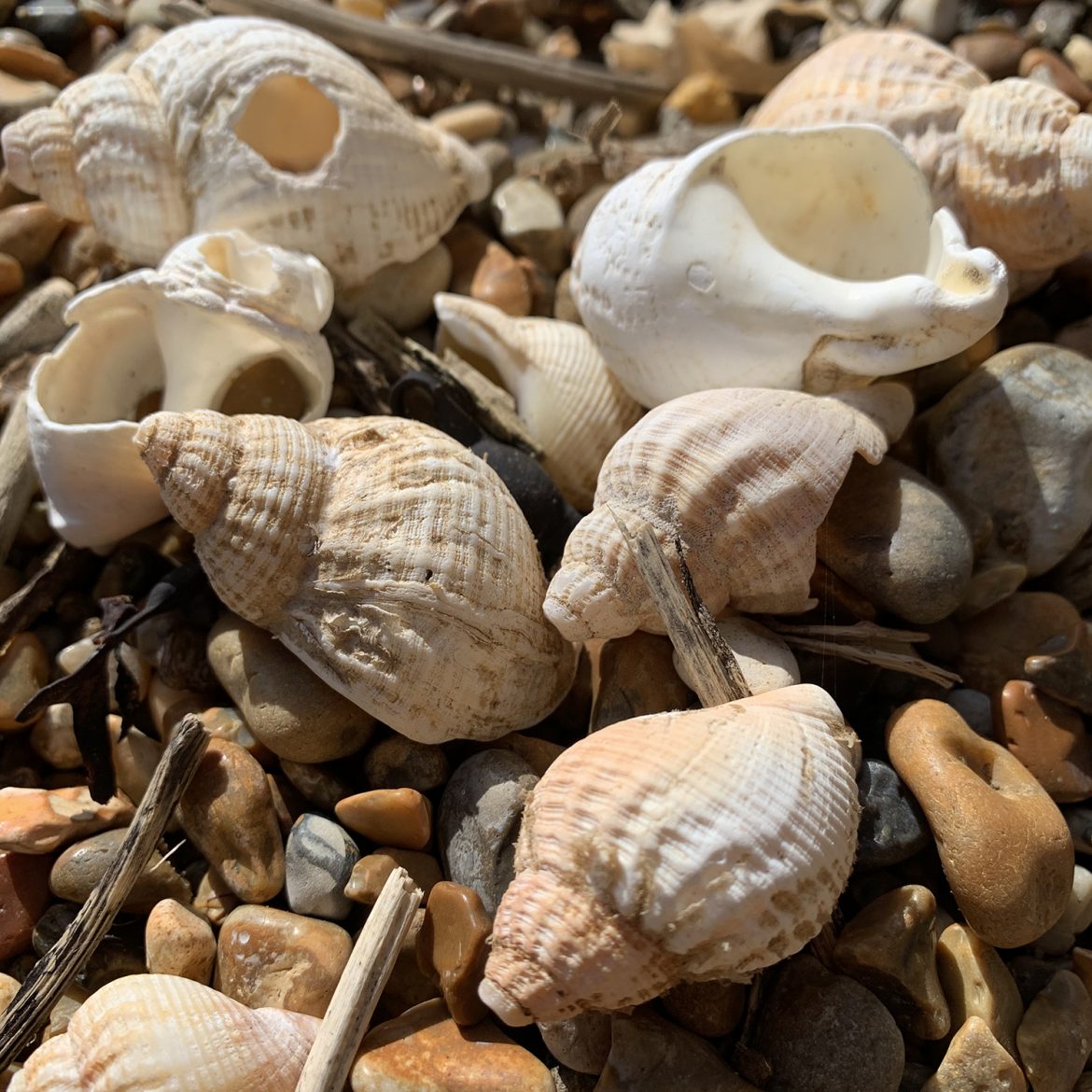 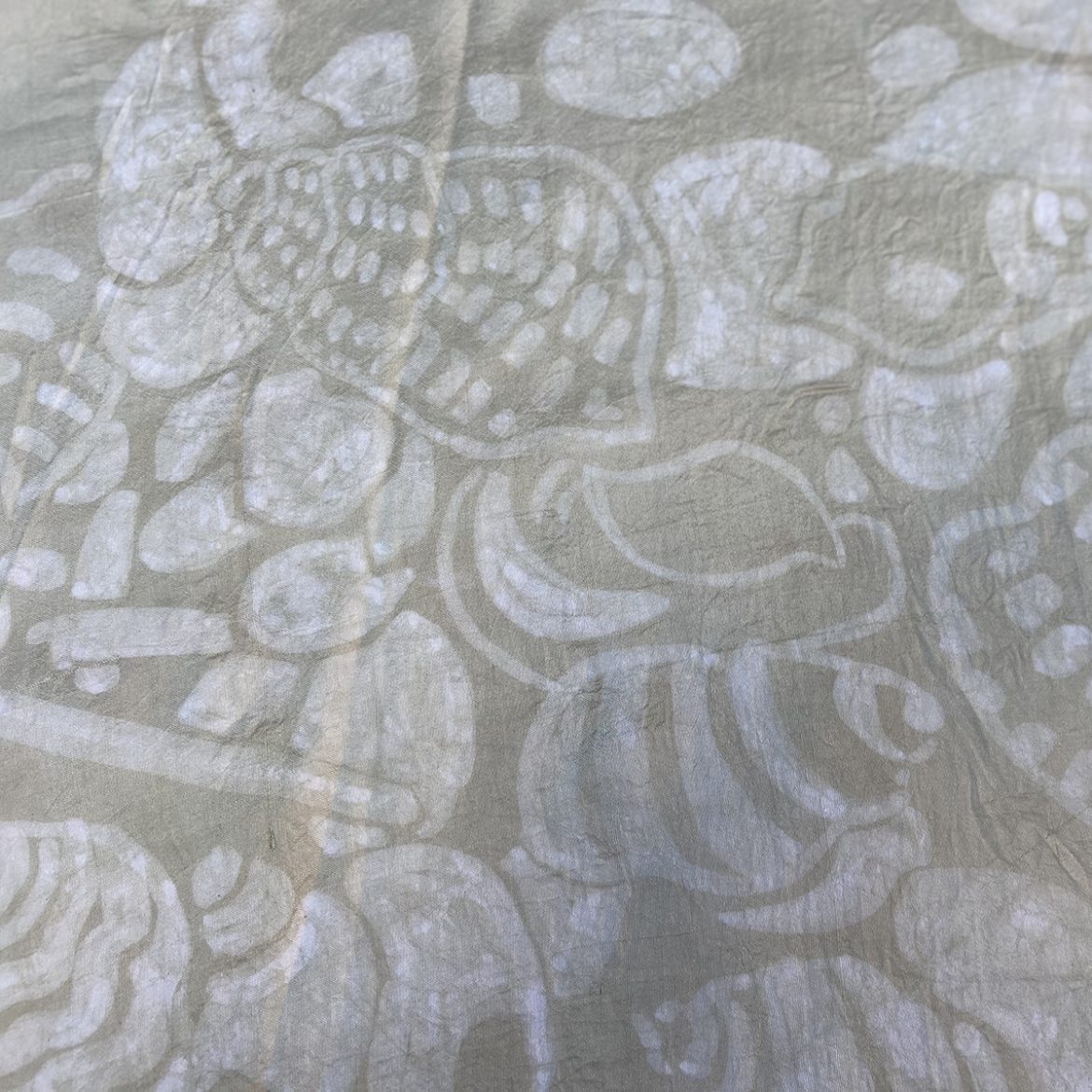 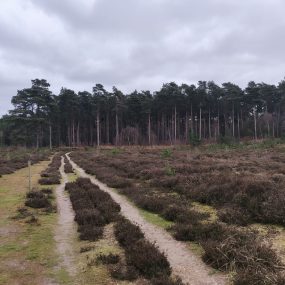 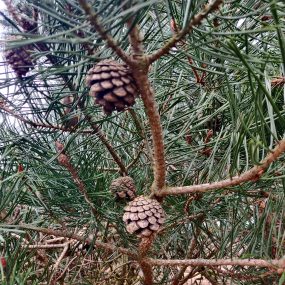 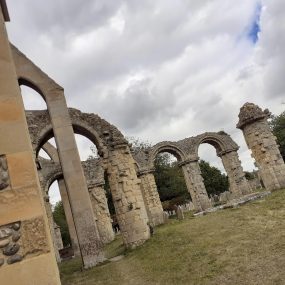 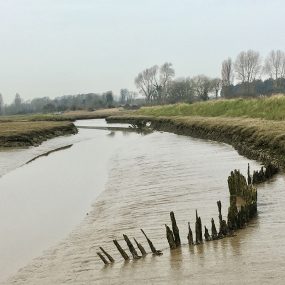 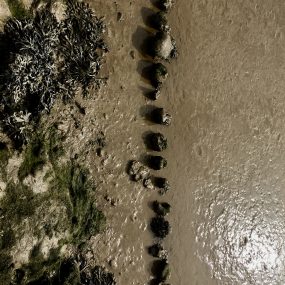 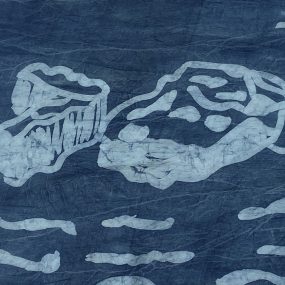 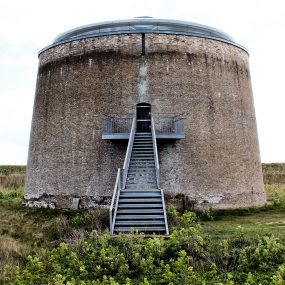 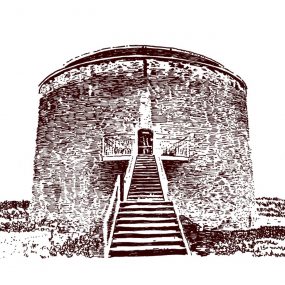 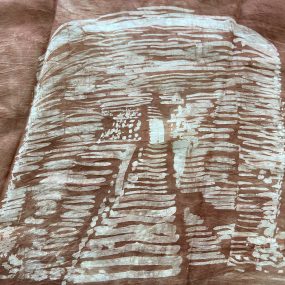 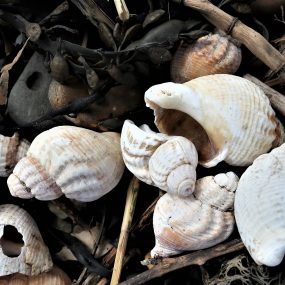 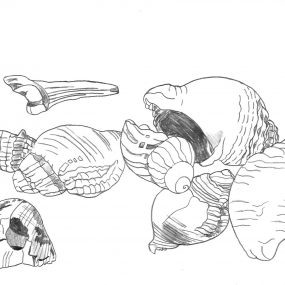 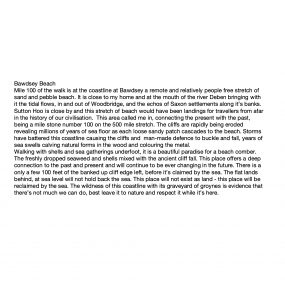 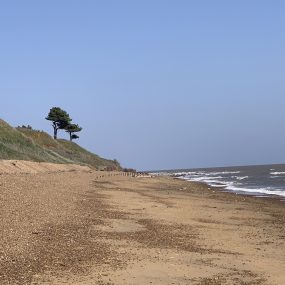 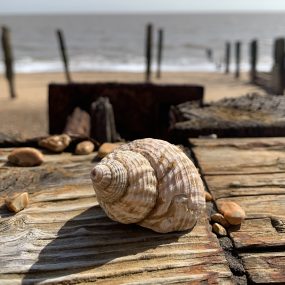 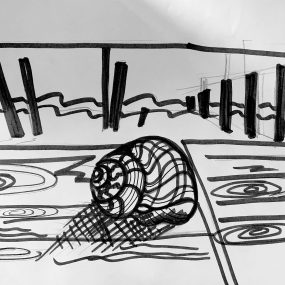