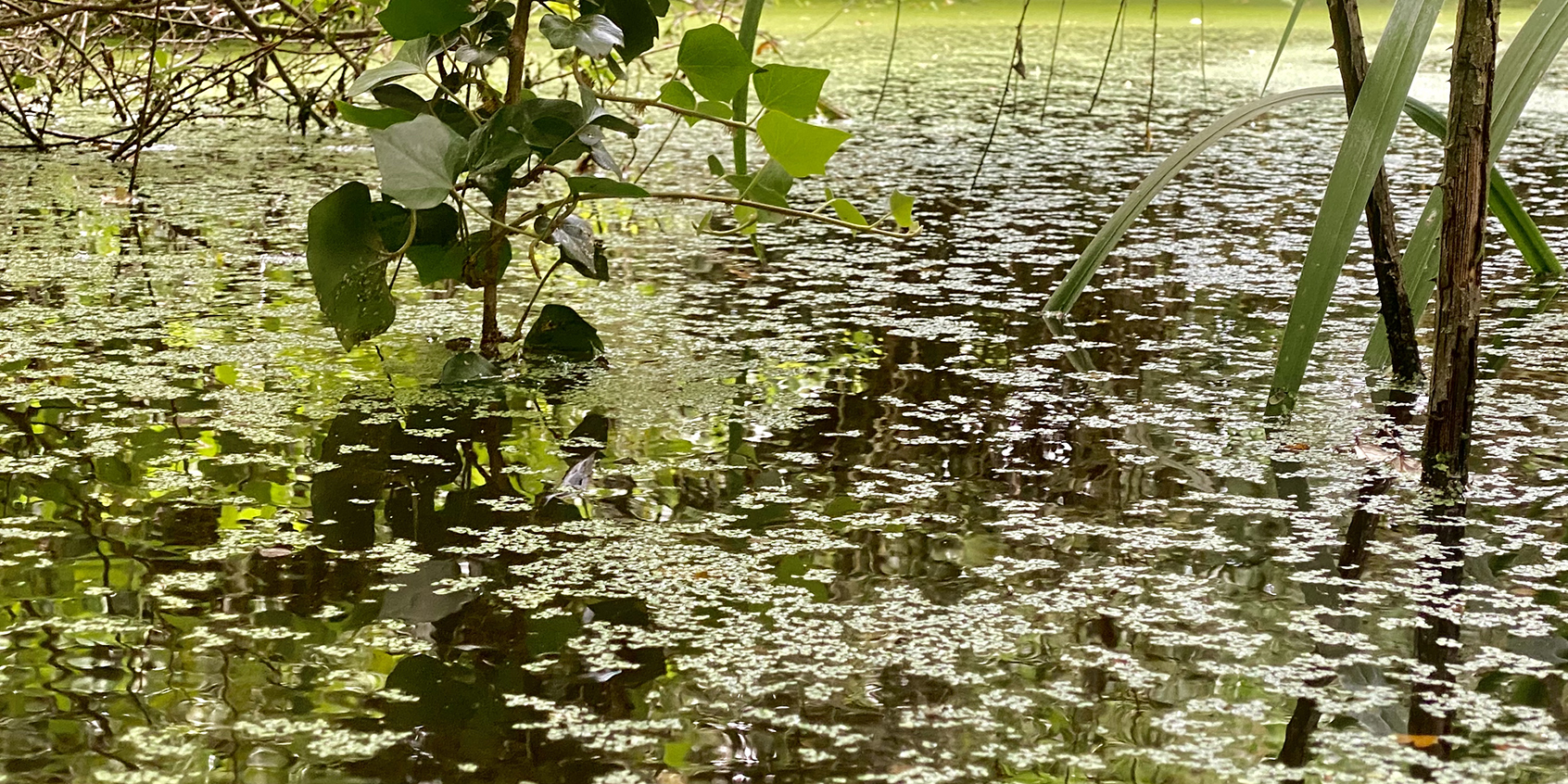 A lot of people have been asking how this 500 mile walk might affect me to which I say I have no idea, only that consequences are often unintended. Hobblin’ John Hogweed is a bit clearer. He says he will never walk again. He’s even been researching fish and chip shops near his house that will deliver. His pop up tent (£19.99 from Aldi) will become a Tate Modern art installation and his boots (£19.99 from Sports Direct) will be humanely destroyed at a secure facility. Fortunately Thurrock has the capability. The remains of the boots, once declared biologically inert, will be bulldozed into a shallow grave then grassed over and turned into the Hobblin’ John Hogweed memorial park. Future generations will come on pilgrimage, circumambulating the visitor centre on their knees, carrying a flag, and yelping in pain. Audio guides will be available (£19.99).

South Ockenden looks so much more appealing this morning in sunshine, rather than the torrential rain of last night. We walk out through its broad streets, admiring the way planners included sweet chestnut and cherry trees at every opportunity among the lines of austere brown brick blocks. The only pub seems to have burned down. In one back street we come across a venerable weatherboarded house behind an antique brick wall. It has spiralling chimneys that look Elizabethan and a mulberry tree that looks equally ancient. This former hunting lodge is the last remaining satellite building from a stately home that once stood a few miles away across a park. I step away from the 1960s housing estate that surrounds it and admire. A voice pipes up next to me. Annette has lived next door in one of the those 1960s houses for 55 years. “Lovely, innit?”

She explains how it was once part of a great estate that stretched for miles to the west. I look down the end of her road and see a grassy hill. Hobblin’ John Memorial park? In fact it’s a landfill site. “Before that it was farmland wiv ‘orses on it,” says Annette, “We’d go down and collect mushrooms and blackberries. The lodge is sub-divided now. They had trouble sellin’ it.”

Walking on, we enter deep woodland where the peace and tranquillity are only disturbed by the sound of thousands of heavy goods vehicles thundering past. The M25 is ahead. On our right is a stagnant ribbon of water, rapidly disappearing as it is filled with algae and fallen trees. This was once a Capability Brown park. He had come down to the grand house of Belhus in 1754 to redesign the gardens and put in his signature serpentine lake. Across this gem the M25 was built. I push through the undergrowth and sit for a few minutes alone by his serpentine lake. I am reminded that in this entire walk I have yet to see a reptile or amphibian: not a single frog or lizard has appeared. Nothing stirs the covering of pond weed.

On the far side there are more signs of Brown’s work, now a park with adventure playground. On a bench I spot an old man wearing head phones and tapping his feet furiously. What’s he listening to? “Buddy Holly. Can’t beat the oldies – they’re the best.”

I find it difficult to believe that planners could destroy a Capability Brown park to host a motorway, but I doubt the planners live here, or have souls.

I walk for a mile with Selena. We first met on the path to Jaywick where she has a house inherited from her parents. “It was a plotlands bungalow that just got added to.”

I tell her about my experience yesterday: how history can be written by outsiders and also how the plotland experience may have effected the Essex character. “Oh yeah,” she agrees, “And it’s not just history. We see it in the arts. People coming down from London – we call them DFLs – ‘down from Londons’ – doing art projects that don’t involve anyone from here. There’s plenty of that.”

Selena grew up in Grays and remembers her mother telling her that the weatherboard cottages once stretched down to the Thames. “Now it’s all built up and there’s shops I don’t feel comfortable in. Our villages – lovely traditional places like Fobbing and Horndon – they have been re-designated as towns – just so that they can build huge housing estates around them.”

She points at some nearby hills. “It’s getting to the point where all our green space is landfill. That’s the only space they can’t build on. Small mercies!” She will move soon: maybe down to the house in Jaywick, or maybe to the Cotswolds. “Lots of people are going.”

Later in the day, when our group is reduced, I begin to see what Selena is talking about. I came here in September 2017, but the changes are significant. Although the area seems tidier, the development seems rampant. Vast new warehouses, new roads, new housing estates: concrete and tarmac covering everything. No one local could ever have voted for this: it looks like the outside world imposing itself. Since my earlier visit, climate change has become a priority, but I see no hope here.

We walk through Rainham and I spot a shop called ‘Coldblooded Reptile Centre’. Inside, finally, I spot reptiles, in glass boxes. The assistant tells me sales have boomed in the pandemic. “The Bearded Dragons are very popular,” he tells me. “They’re good with children.”

We emerge from a the clutter of the town on the riverbank and in the far distance spot Canary Wharf. We turn downstream, heading past the landfill barges and their landing jetty. A little further on I’m stopped by an old man.

“You seen someone fishin’ up there – on the jetty?”

“Where is that old bugger? He’s supposed to meet for high tide.”

Do you catch much?

Away to the left the landfill is frothing with gulls having their supper of chicken bones and microbead plastics. Suddenly a lizard skitters across the path and into the weeds that fringe the landfill. Small mercies. 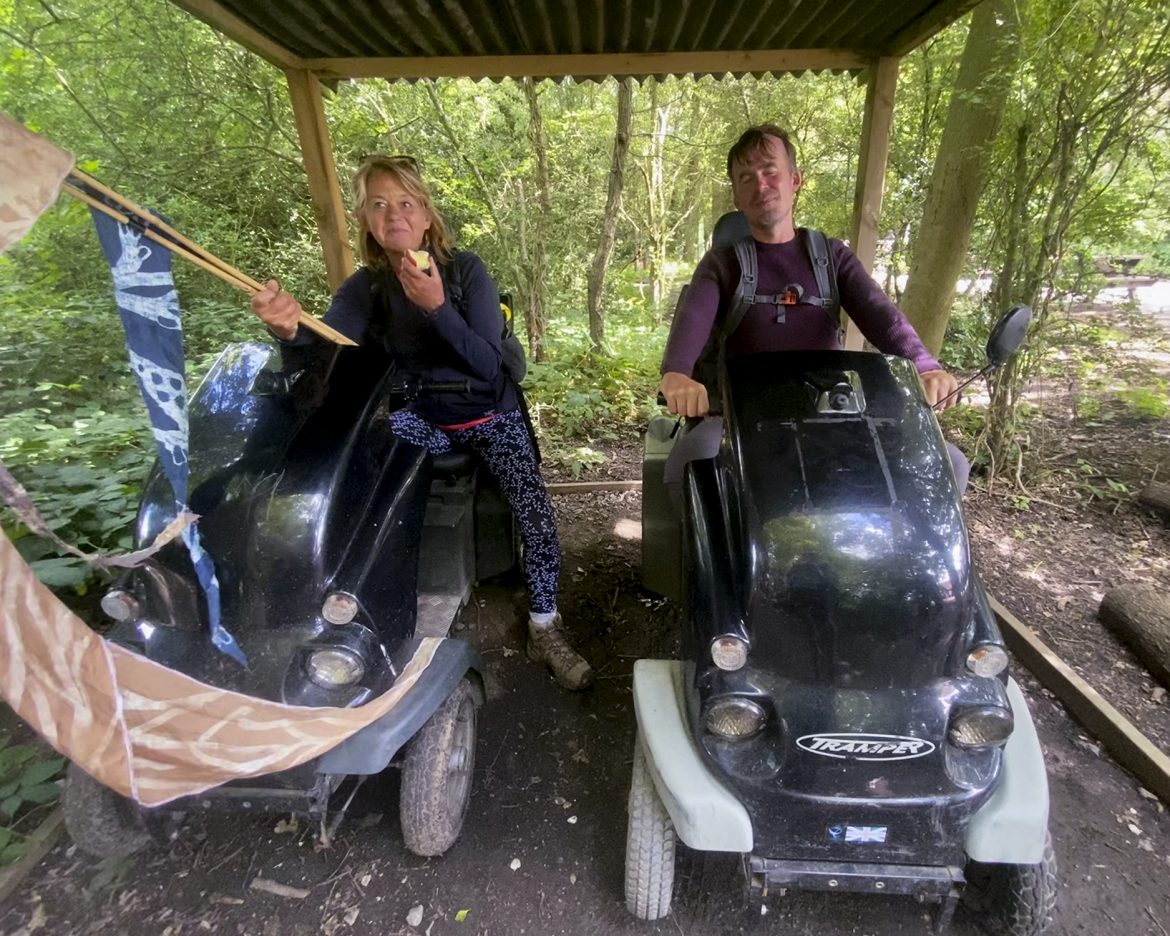 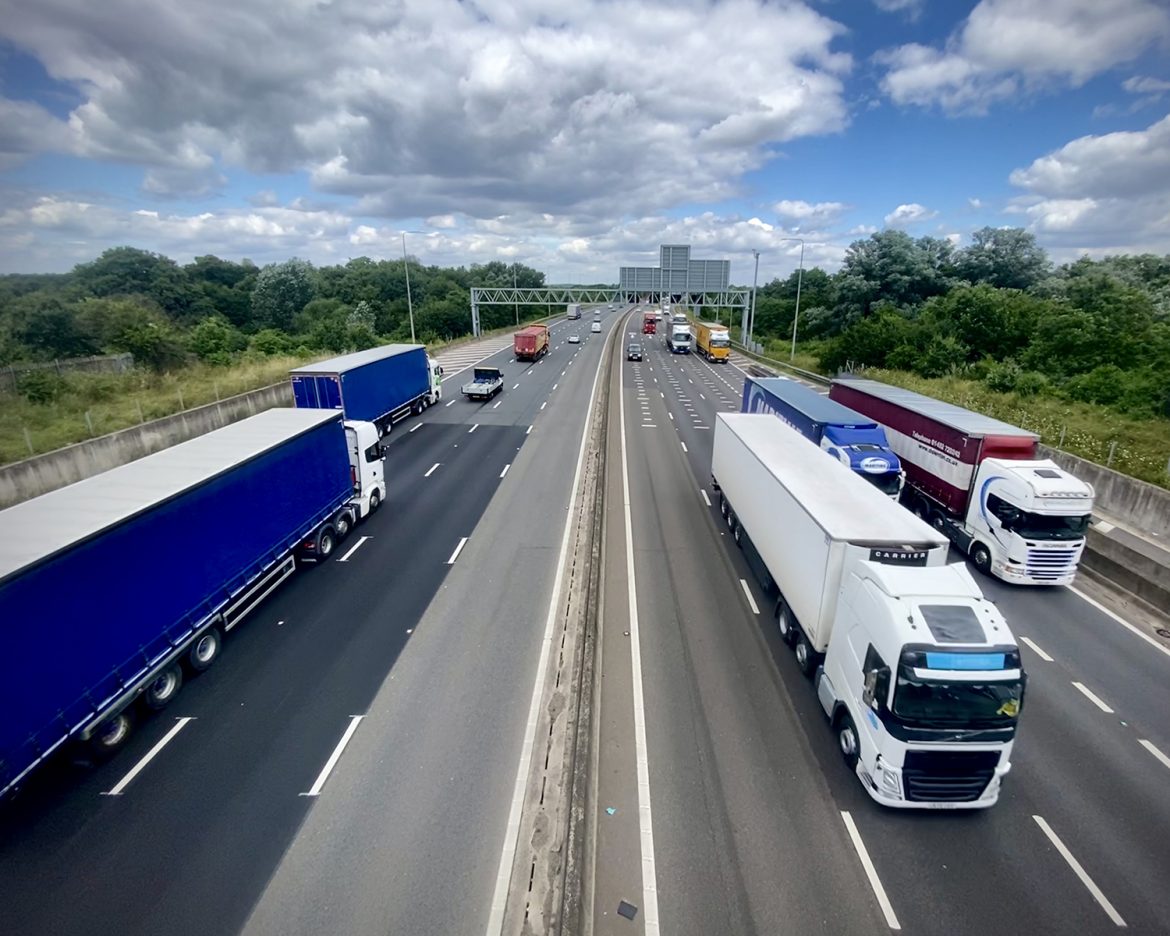 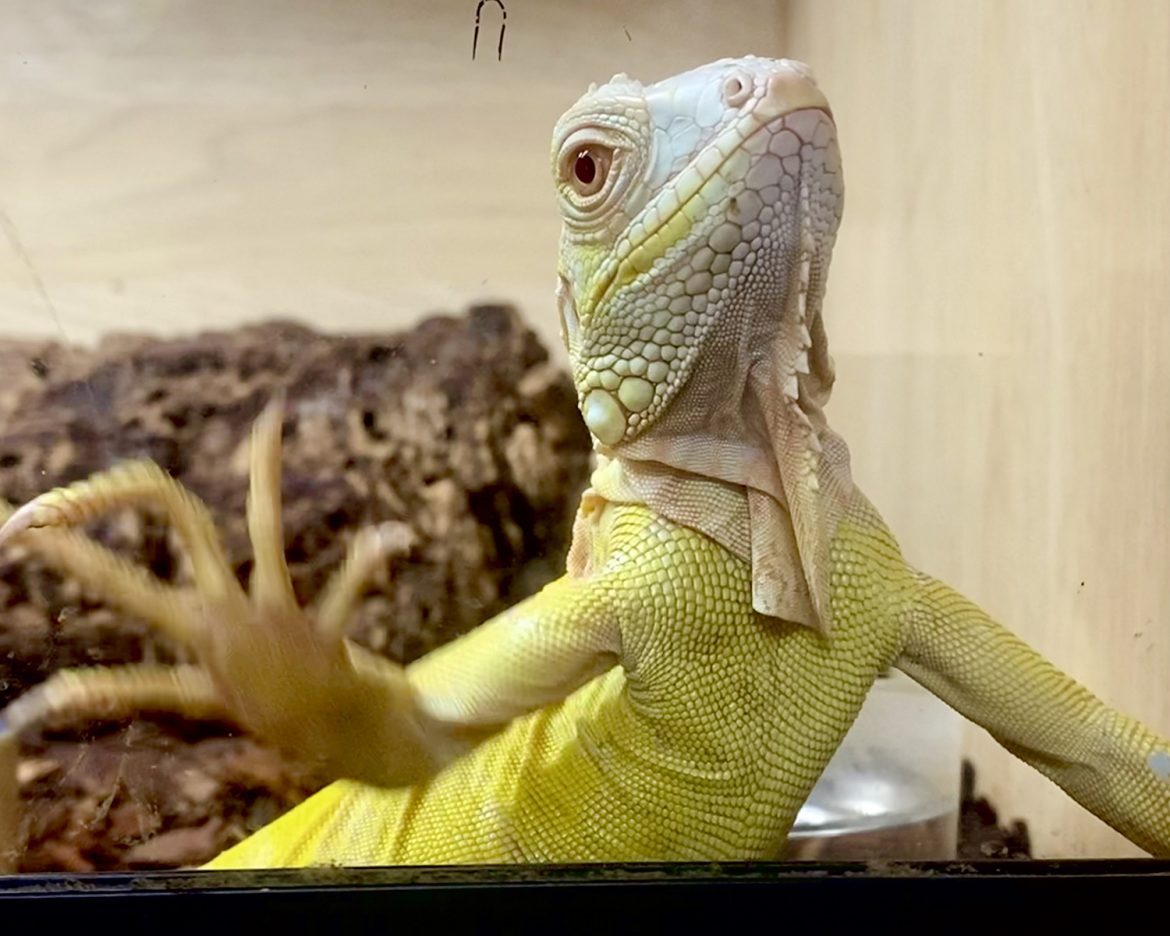 Bearded dragon at the reptile centre 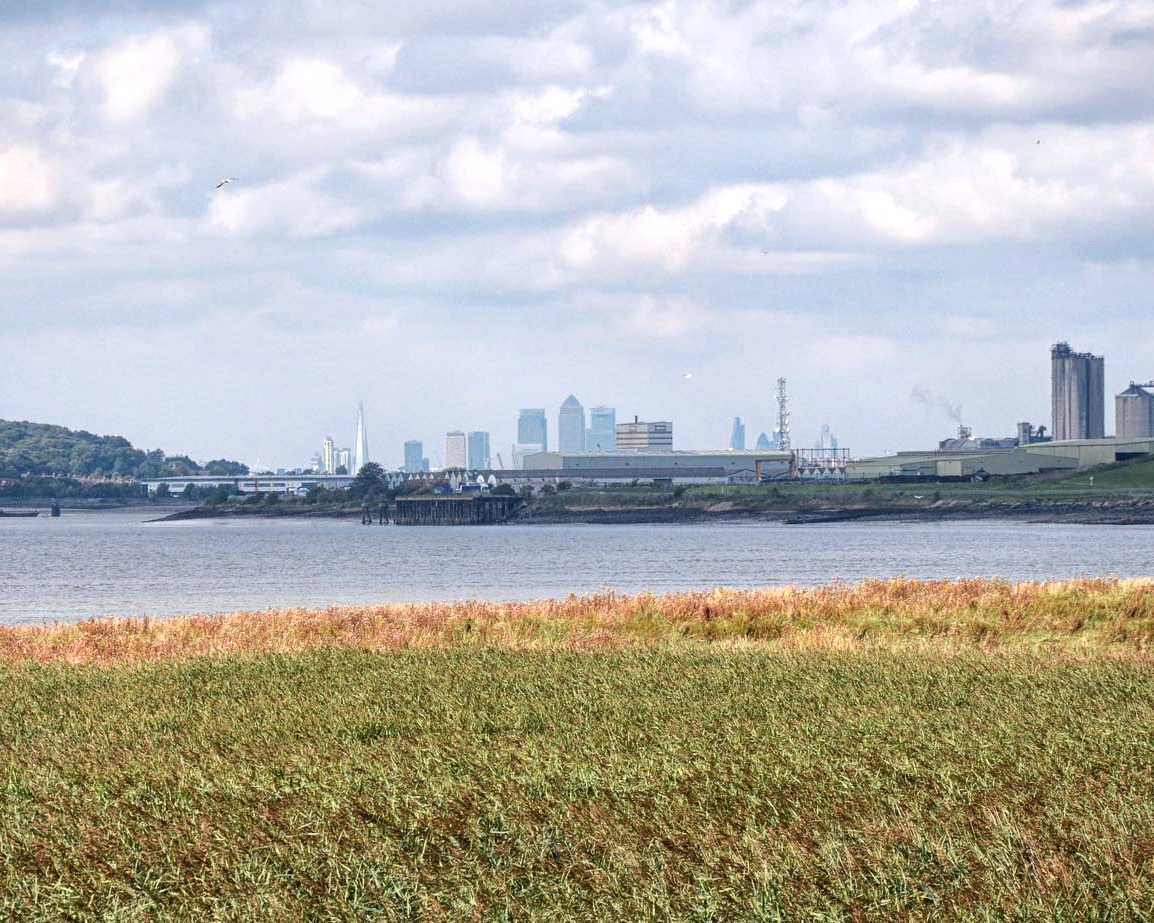 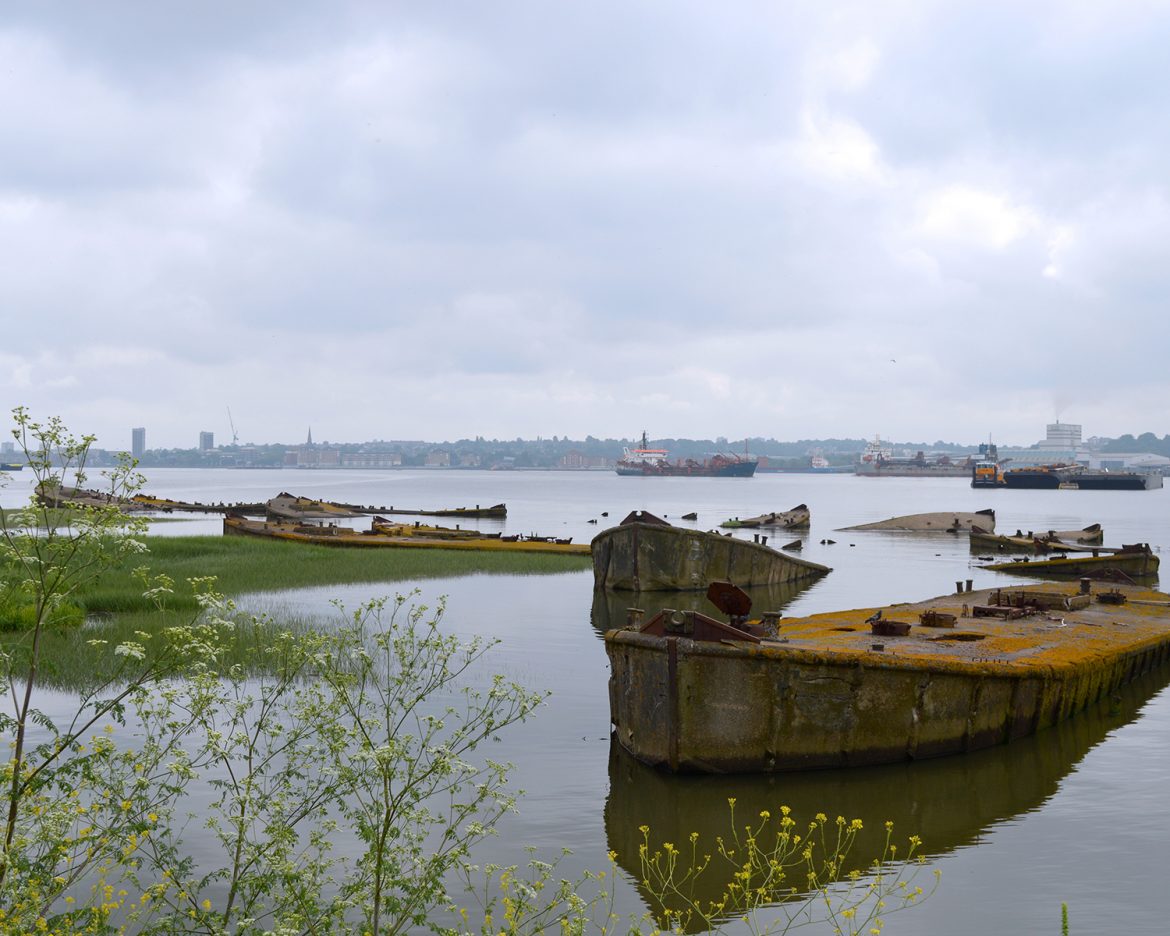 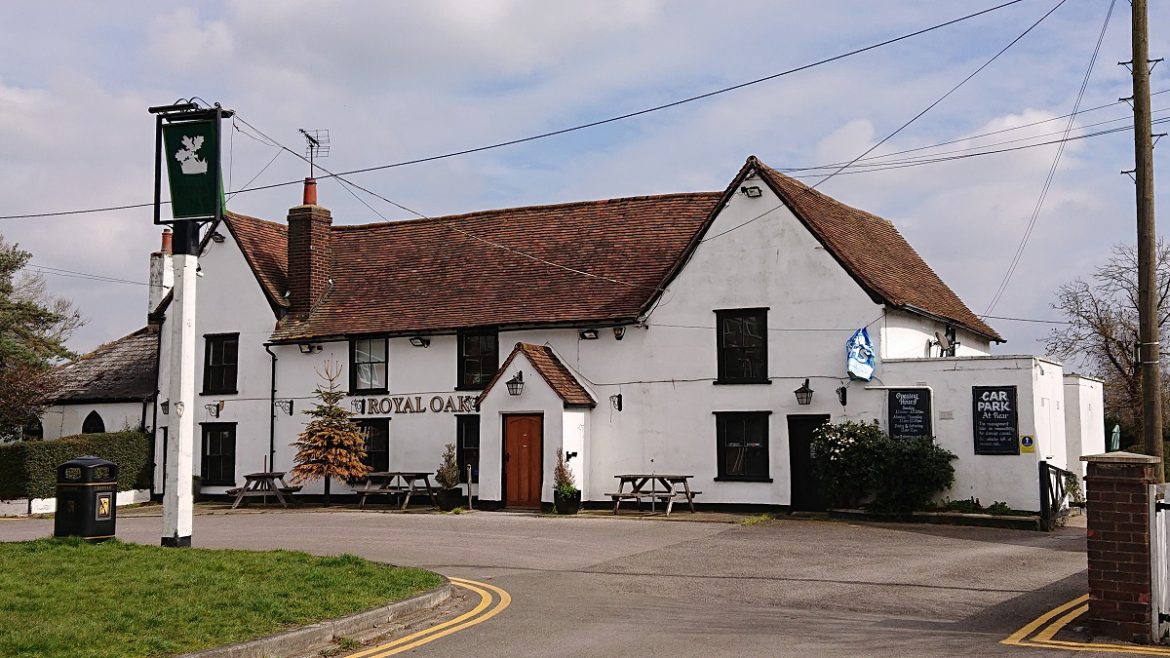 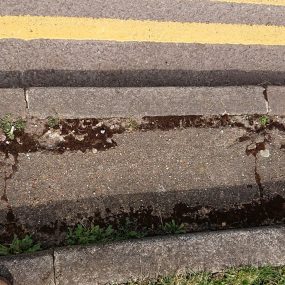 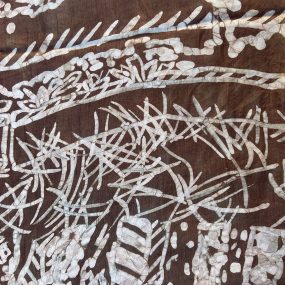 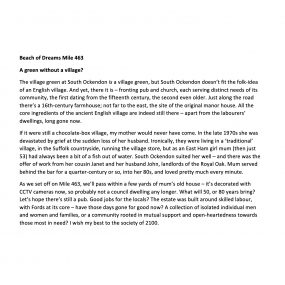 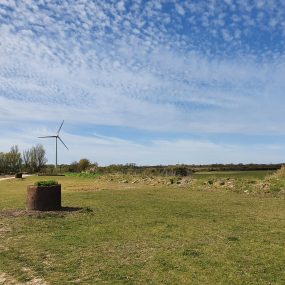 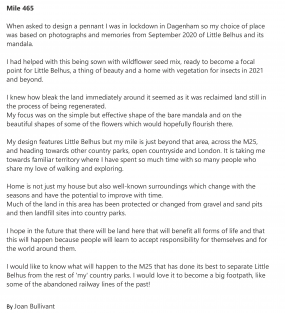 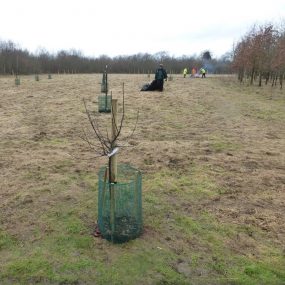 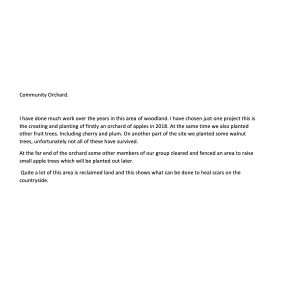 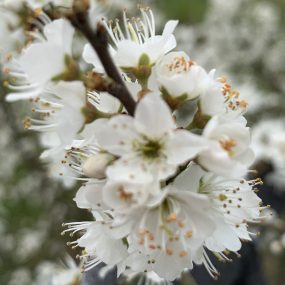 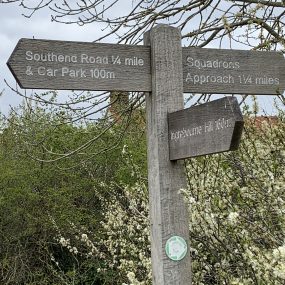 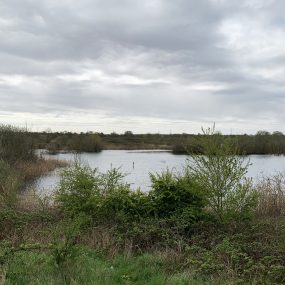 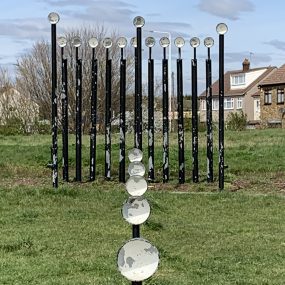 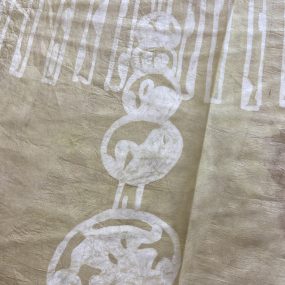