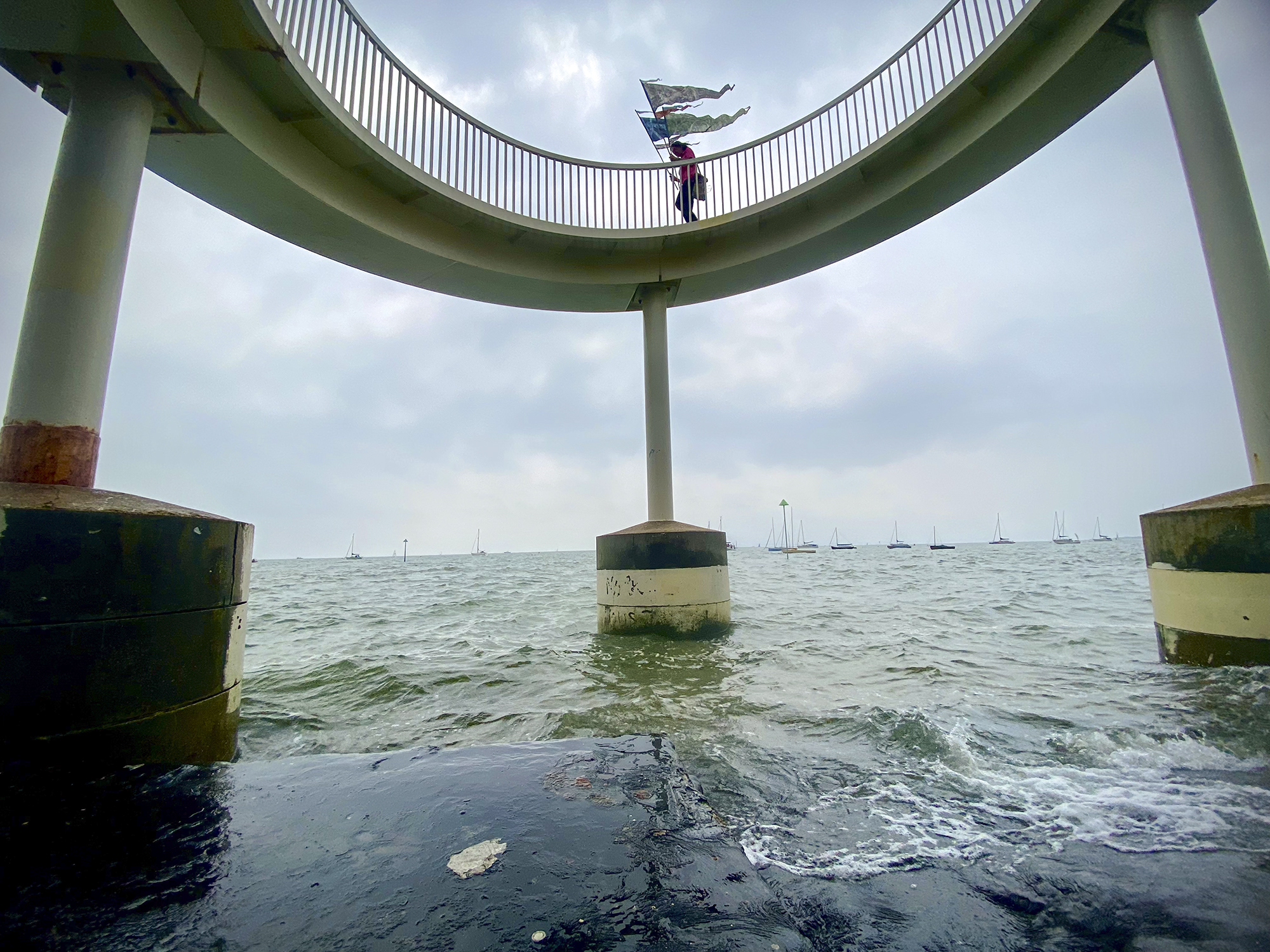 Thunder is rolling across Shoeburyness as we convene for the next walk, starting on the seafront which we follow west, heading for Southend. This is the mouth of the Thames and it feels like a recently demilitarised zone. Signs dictate every move. The leftovers of wartime are inescapable: pillboxes and gun positions, barracks and fortifications. Sections of beach and jetties are cordoned off, for no apparent reason. And then, among this, people are getting on with their lives: a sailing race is preparing to start, two men rig their windsurfers, people walk their dogs.

A half mile before Southend pier, I nip away into beachside cafe for a coffee and sit behind groups of people who are watching the Beach of Dreams group walk past with their flags. There is a lot of speculation. “It looks interesting,” says one man to a sceptical companion who sneers, “Must be some religious cult.”

We pass the Kersaal, an impressive classical building with dome that was once the pride of Southend. Local walker, Kim, saw lots of bands here including Mott the Hoople in December 1973, but she is still cross with the friends who delayed her so they missed the support act, a little known up-and-coming band called Queen. Several walkers agree that Thin Lizzy did some great gigs here around that time, local heroes Eddie and the Hot Rods were a bit later but equally exciting. Phil remembers their harmonica player, local lad Lew Lewis who was a wild man on stage. He was later convicted of armed robbery when he held up the West Cliff Post Office with a water pistol, making his getaway on a shopping bike.

We come to the Crow Stone, a Victorian pillar of rock that marks the start of the jurisdiction of the London port authority, then reach Leigh-on-Sea with its traditional pubs and shellfish restaurants. It is not long after this that we reach 400 miles. A long time ago we had agreed all sorts of celebrations for this point. I’d imagined the pop of champagne corks, but we barely pause, turning off at Benfleet and heading up the hill to Hadleigh Castle. The sudden incline feels wonderful, the change of pace and muscle so welcome. I hurl myself at this modest slope and emerge on the top well ahead of the others, then I lie down on a wooden bench and fall almost instantly asleep.

I dream I am in Wales. There is greenery and mountains all around me. I wake up because my arm has fallen off. I mean my arm has fallen to the side. My feet might fall off, but my arms are working fine. I sit up and look down the hill, east down the gleaming Thames Estuary. In World War II, the German bombers would steer by the silvery thread of the water, heading for London. There was an anti-aircraft position right where I am sitting. An information board tells the tale. In my experience no other country holds onto its WWII experience with quite the same tenacity as Britain. We still churn out television programmes about the Spitfire and the Lancaster. Dad’s Army keeps going. Books about Hitler and the Nazis are bestsellers. Dunkirk small boats are saved at vast expense – we passed one, The Endeavour, in Leigh. When will we move on?

It does feel like time I moved on. Far below on the hill I fortuitously spot a flag and realise that, once again, I’m far behind. I speed down, loving the slope, catch up and get in the front. At the bottom is a policeman standing with his arms crossed. “Can you go across that ploughed field?” he says, “Only rejoin the path where you can see the other officer.”

I’m about to ask why, but at that moment a cyclist comes speeding down the track and the policeman jumps to flag him down.

“You can’t go that way, Sir. There’s an unexploded bomb next to the path.”

To my surprise the cyclist simply shrugs, “Oh yeah. Okay.” It’s like an unexploded bomb happens every week. He turns back up the hill. I walk across the field picking up shards of Victorian bottle glass and porcelain. The second policeman seems to want to chat. “Oh yeah, we get World War Two stuff every week. It was probably an anti-aircraft round from up on Hadleigh Hill. Sometimes it’s something bigger. There were two American bombers that collided out there and fell in the Thames. All the bombs from that are still there.” He squints down the track. “The disposal guys should be here soon. You’ll hear a bang.” 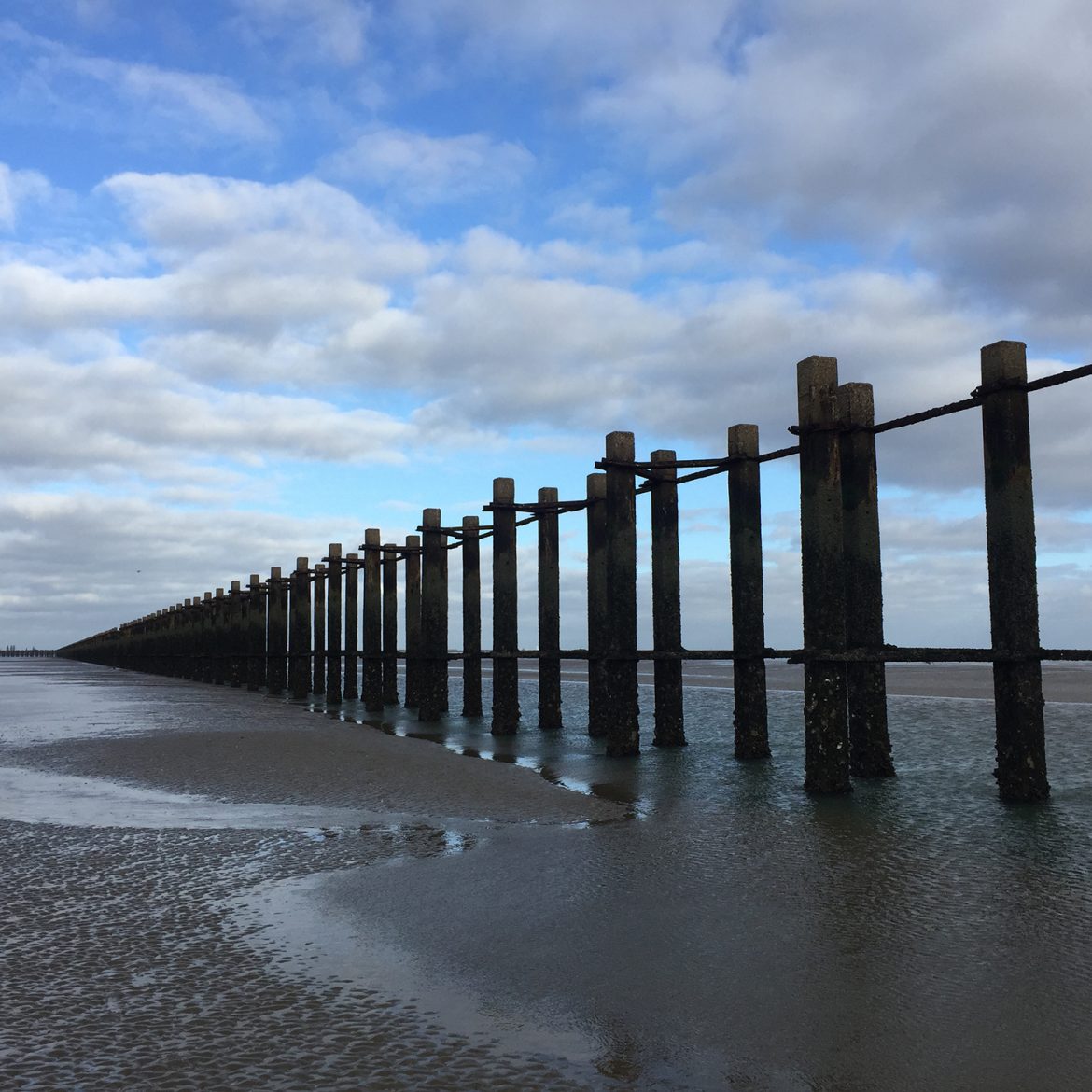 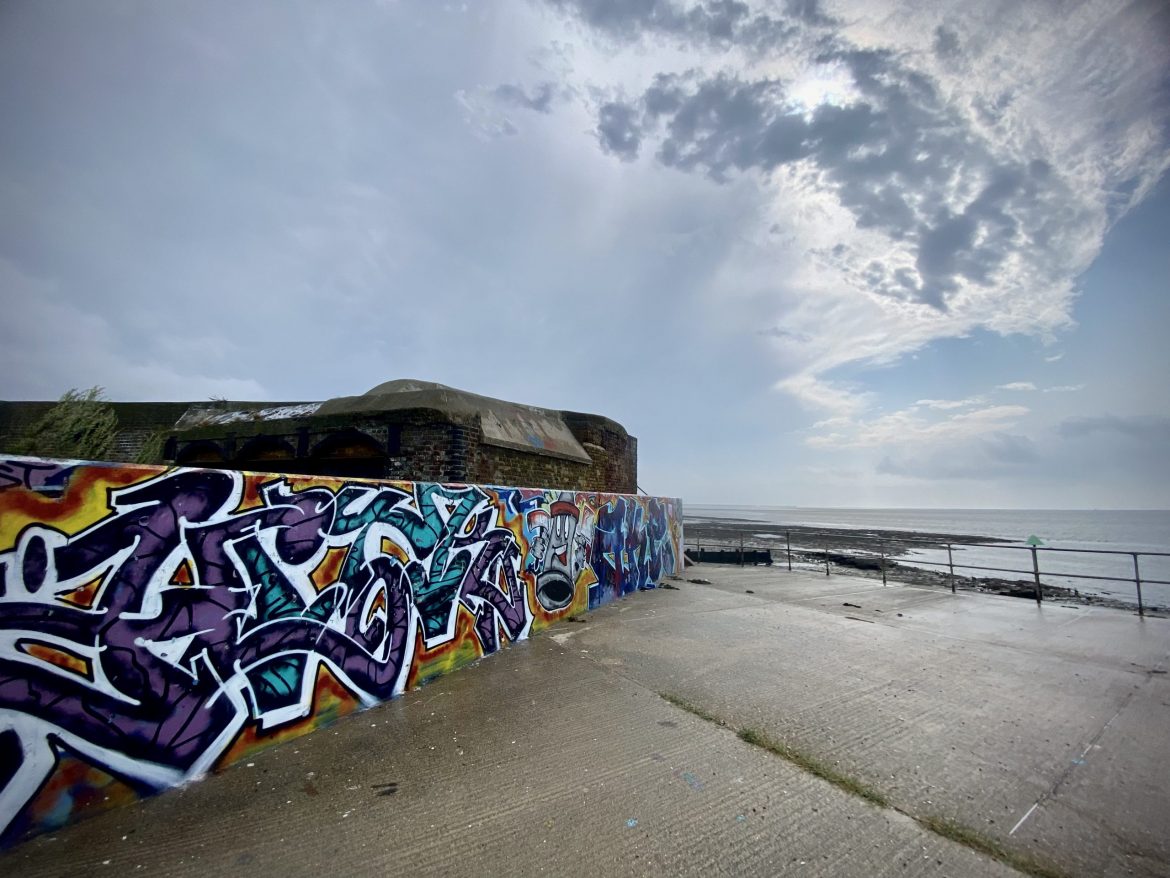 The Kursaal in Southend 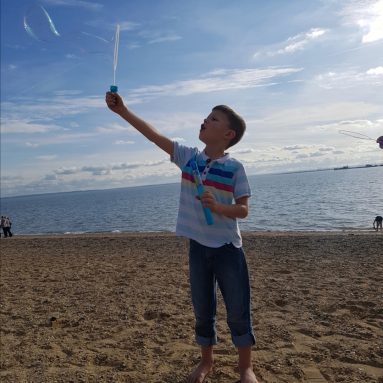 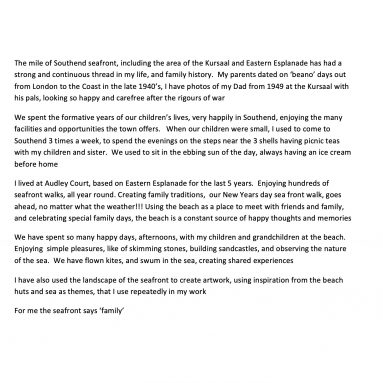 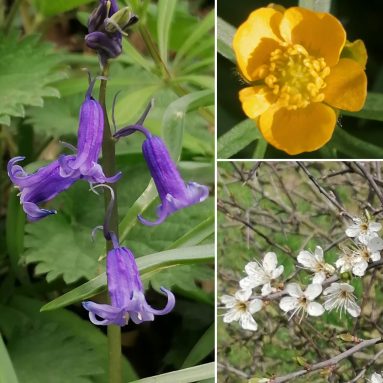